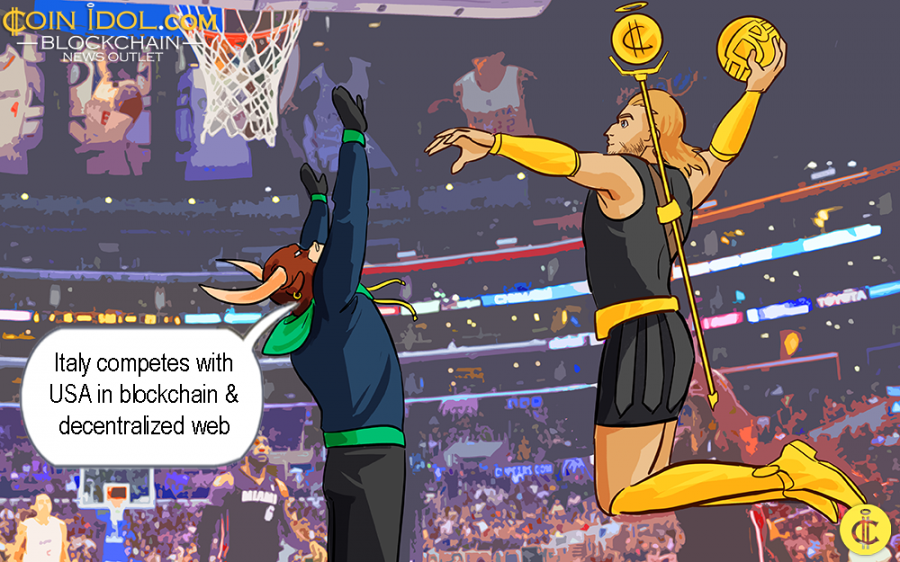 Participating and investing in ground-breaking technologies including blockchain, cryptocurrency, decentralized web, and decentralized applications (Dapps), would enable Italy and Europe at large to liberate themselves from the long-term monopoly the United States (USA) has had on the internet, and also protect their sensitive data from being accessed or leaked to other rival countries.

Dapps have similar division between front end design, backend logic and stored data, but substitute centralized servers for the distributed nodes of a blockchain.

Users connect to a decentralized application, with a specific browser or a personalized decentralized browser such as Blockstack, or via a plugin such as Metamask - and this particular browser interrelates with the back-end logic of a software program which can operate on a distributed network, known as smart contract. Successively, the smart contract reads and writes the information on the blockchain, that keeps data instead of a conventional database.

Dapps surely have some disadvantages. But they are founded on their own users who consequently remain in control of their individual information, being able to choose how to ultimately transfer, share, communicate, spread, and also exploit them directly commercially without allowing a third company to make and amass money.

The projects, such as Mastodon, Beaker, Blockstack, Metamask and the Ethereum (ETH) network are helping to design the web in Italy.

Decentralized data storage projects, like IPFS, Filecoin and Storj, that offer serious infrastructures for dapps and, yes, Bitcoin (BTC), the first project which started the opportunity of international financial transactions deprived of the need for centralized intermediaries.

Italy can now subscribe to the development of a decentralized ecosystem by taking advantage of the available technologies and inventing new ones. However, this doesn’t mean that Italy is in a technological war with the USA – but rather competition.

The five technology companies which control the lives every Italian citizen, could use blockchain to improve the monitoring and tracking of citizens’ movements, commercial tastes & habits, political orientations, physical problems, expenses, judicial troubles and others. Generally, Italy need a paradigm change and a cognizance of all nationals as well as the government.

The government of Italy is fully committed to join the European Blockchain Partnership ( EBP) and further create a team of senior experts at the national level in order to develop a new effective policy on blockchain and cryptocurrency in the country.