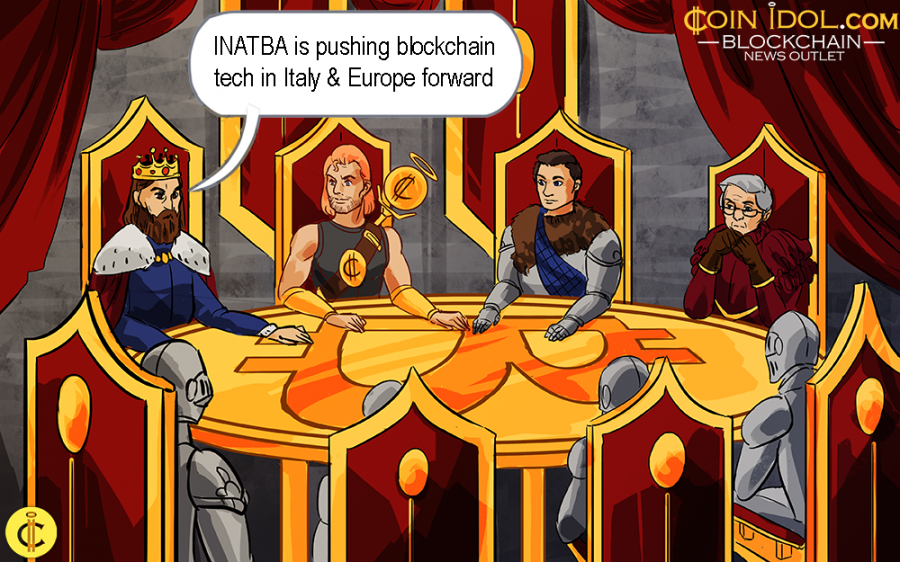 Several Italian companies in the field of blockchain including Intesa SanPaolo group, Italia4Blockchain association, together with other major firms including IBM, Ripple, IOTA, Cardano, ConsenSys, have officially joined the International Association for Reliable Applications Blockchain (INATBA).

The initiative started from the headquarters of the European Community (EC) located in Brussels Belgium. The aim of this initiative is to develop effective regulatory reforms required to underprop the adoption and use of Blockchain technology in the European Union (EU).

Among the people who took part in the signing of the agreement include the Director General of Communication, Networks, Content & Technology of the EC Roberto Viola and Commissioner EC Mariya Gabriel, and others.

Ripple Wants to be the Top Participant

The CEO of Ripple Brad Garlinghouse is very happy about being among the founding members of INATBA, he used Twitter and revealed:

“We are a member of #INATBA and look forward to being a leading participant!”

Major projects will be put in place by INATBA such as building large blockchain infrastructures, and launching cash allocations for project financing.

The European Blockchain Partnership (EBP), of which Italy is a member along with 20 other member states, plans to construct a distributed ledger technology infrastructure which will support the provision of international digital public services while applying concrete standards of security and privacy.

It also wants to map all the initiatives of different states in the sector and supervise their developments. The observatory creates and publishes reports related to this nascent tech within the EU.

EC Gabriel together with the Directorate-General for Communication Networks (DG) from the digital economy & society section has put up an approximately €5 million prize dubbed the Horizon prize for distributed ledger technology for social good.

This prize has been set to motivate programmers from Italy and other member states to design scalable and effective decentralized solutions using blockchain technology.

They further allocated more than €140 million to facilitate innovative projects. The amount could even reach up to €350 million.

Using INATBA, blockchain developers, advocates and users can interact with regulators, legislators and policy makers via an international platform – which shows steady progress of the industry.

However, the cryptocurrency market in Italy registered a 2.7% growth compared to 2017, and just four months in 2019, the country has so far recorded a 2.5% growth – which shows a green signal and vigorous growth of the sector.