Italy to Use Blockchain in Copyright Protection and Notarization Services 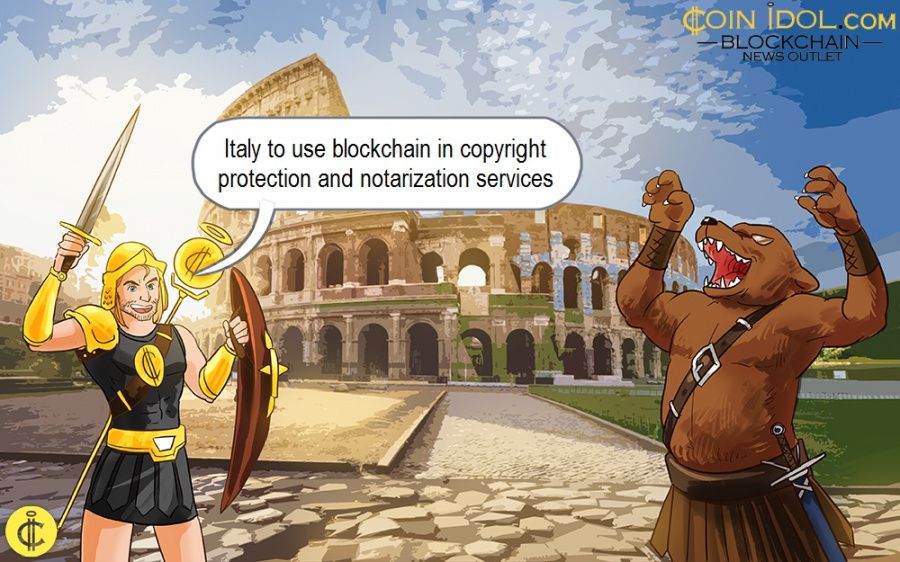 Up to now, it is not yet well known what technical standards blockchain technologies must meet to produce the legal effects of electronic time validation. However, it seems that in the near future, Italians will need blockchain to carry out digital notarization and copyright protection.

A lawsuit to push judges to rule on the effectiveness of blockchain certification. According to IP law experts, if a court involving a counter terrorist unit (CTU) is involved in a forgery proceeding, this technical advisor will only be needed to confirm the immutable nature of the blockchain-certified document, and therefore its reliability.

There is a rule, but it remains incomplete, orphaned by the measures of the Agid called to complete this first Italian legislative framework on the "chain of blocks". The rule dates back to February, when the Law-converted Simplifications introduced the definitions of 'smart contracts' and distributed ledger technologies (DLT) including blockchains. While the technical standards and guidelines in charge of the Agency for Digital Italy were to arrive by mid-May. The article of law is therefore still unfulfilled: some effect, however, begins to produce it.

Pending the Agid, it is not yet known what technical standards blockchain technologies must meet in order to produce the legal effects of electronic temporal validation, in line with European and national legislation; nor are the guidelines known on how to identify stakeholders from a smart contract.

The Usefulness of Blockchain

But that standard is pushing companies, large and small, individual companies and professionals, to convince themselves of the usefulness of blockchain, go beyond the simple equation with Bitcoin and other cryptocurrencies and also consider technology to protect brands, patents and authorial works. Not as a substitute for the public patent register, European Union Intellectual Property Office (EUIPO) or World Intellectual Property Organization (WIPO); but as an additional solution. To archive trademark evidence and documents relating to works of any kind, secure know-how, digitize contractual attachments related to property rights.

From fashion to advertising, the decree has given greater impetus to a trend already in place, because DLT facilitates firms that cannot afford large costs and need to certify intellectual property quickly, especially evidence of the use of trademarks or copyright. All based on blockchain: the documents – be it design, projects, formulas or even commercial matches and invoices – are uploaded to the DLT-based platform and a Bitcoin certificate is issued with the timestamp of the registration, that is, the timestamp linked to the validated block and added to the chain with its "fingerprint" (unchangeable).

In the jargon they call them notarization services, but notaries have nothing to do with it. Although, in truth, on the subject of intellectual property the notaries had moved, studying (with IBM) the possibility of a notary blockchain. For instance, "Notarchain project was abandoned, because it assumed a closed chain and had no logic a register of the works of ingenuity accessible only to notary," explains Giampaolo Marcoz, vice-president of the National Council of Notaries. Which states: "In closed blockchains, permissioned, you can imagine a role of notaries only if the other nodes are certified, institutional, and all independent. Whereas in permissionless and public chains, such as Bitcoin, the notary can only act off-chain, for example as a guarantor of digital wallets."

Speaking of guarantors, lawyers are increasingly offering escrow services for digital contracts: that is, guarantee services, as a third party, in digital transactions and agreements. Distributed ledger technology represents a technological evolution that will have a strong impact on legal services and accessories. And the Dl Simplifications rule has given a bit of a legal basis and helped the national context. Furthermore, the European Parliament appointed a group of experts to conduct a study on the use of blockchain in supply chains and in international trade.

National Regulatory Framework to be Completed

To manage the global phenomena, engagement at the European level is key. Thus, as the blockchain working group created by Italian Ministry of Economic Development (MiSE), which will suggest a range of strategies to the ministry, continues the work of the European blockchain partnership launched in 2018 by the EU Commission, which set up an observatory dedicated to the DLT. Indeed, in 2020-2021, Italy will preside and therefore guide European policies on blockchain, as announced by Minister Stefano Patuanelli. In the hope that, in the meantime, the national regulatory framework will also be finalized.