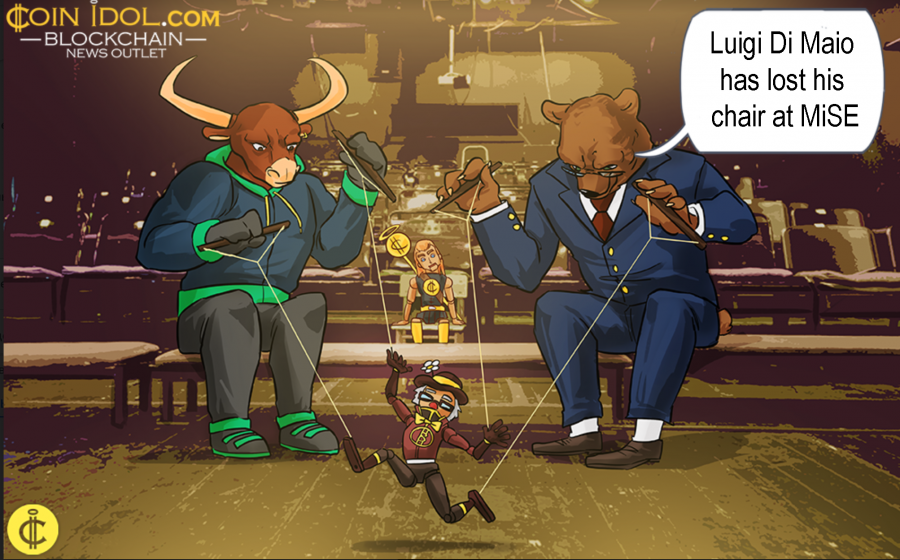 Minister Luigi Di Maio, a popular blockchain technology advocate has lost his ministerial post in the Ministry of Economic Development (MiSE) in Italy but has gained another chair: in Pd-M5s.

The minister has been a good promoter of disruptive technologies. In fact, he has been working on different blockchain projects with various giant firms including IBM, eBay, Tesla, Apple, Salesforce, Virgin Galactic, Facebook, etc. to improve this embryonic industry. The minister and his team has been working hard to produce an effective regulatory framework that will level the ground for blockchain and digital asset business to flourish.

The toto-premier seems closed with the confirmation of Giuseppe Conte. But the nascent government of the Pd-M5s mess-up will also upset many ministers' seats. Said that the dems will probably end up Interior, Work and Economy, as far as the pentastellatos are concerned - explain sources close to the negotiations - they would remain in the government of Fraccaro, Trenta, Di Maio and Bonafede. The last three, however, would leave the ministries led by the green-and-yellow executive.

Thirty, in fact, is explained, it would be "unsafe" to the Defense and in its place it could go just Minister Luigi. Also via Bonafede da Giustizia, which, according to what we learn, could go to Liberi e Uguali. Among the names vying, in this case, that of Pietro Grasso. New entry Stefano Patuanelli (towards Infrastructure) and Francesco D'Uva, who from pentastellati group leaders in Parliament would enter the ministries. Negotiations in progress, in these hours, also on the name of the EU Commissioner.

The Minister and his team have been working with to boost the adoption of blockchain technology in the country. In May, the elected representatives of the Five Star Movement ( M5S) promised to bring a significant transformation in the economy using innovative technologies including blockchain, cryptocurrency, smart contracts, artificial intelligence, internet of things and many others.

In March, Di Maio paid a visit to Washington, United States on economic purposes particularly the one billion innovation fund allocated by the government of Italy. In his speech, the minister revealed that this innovation fund will be open to all citizens and will be very useful to Italy’s digital transformation and will also be used to fund massive innovative startups in the country.

In addition, the Minister wants to digitize the country through blockchain tech. In an effort to digitize Italy via innovations, the MiSE selected 30 experts to create a blockchain development committee. The selected topnotch experts were to formulate and explain a national strategy on artificial intelligence and blockchain.