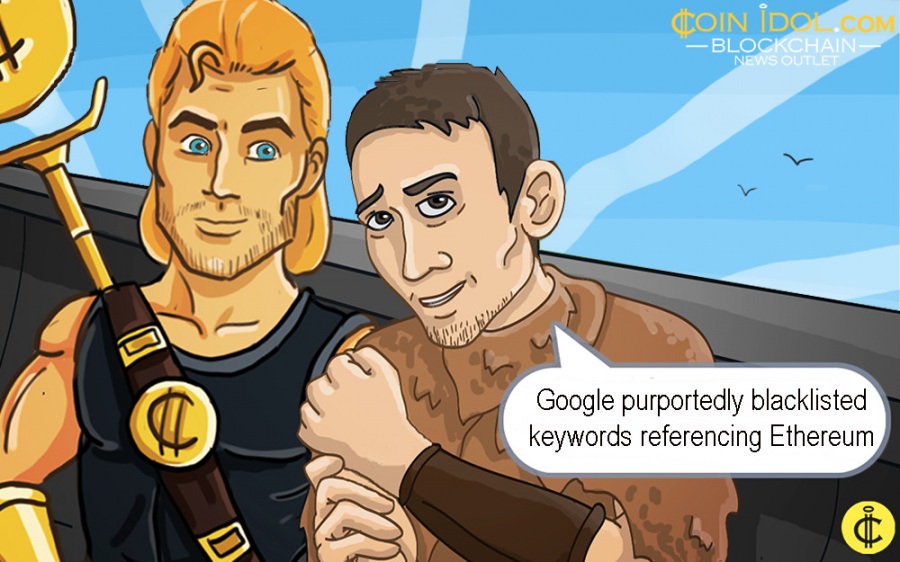 The known Google Ads account reacted to the tweet saying that cryptoasset exchanges aiming at the U.S & Japan can be promoted on the platform and that focusing on other nations could be the primary reason for the Ad being turned down, according to a report by Wall Street Italia.

After one firm elaborated that they are a team of developers working on smart contracts security audits & observing the error message while attempting to use the ‘ETH development service’ & ‘ETH security audits’ keywords, then Google Ads came out to answer that:

“Even though we wouldn't be able to pre-emptively ratify if your keyword is eligible to trigger ads, we'd commend that you refer to the 'Cryptos' section of our policy on Financial products & services.”

The group of developers behind smart contracts security informed the ETH ecosystem about the apparent Google Ads policy, the group then said that:

“Any of the keywords that incorporate "Ethereum" in our campaigns are no more bringing ads as of Wednesday, January 9th and are now reporting the following error.”

The team has tried keywords for “ETH smart contract audits” & “EOS smart contracts audits” and discovered that only the EOS-mentioned keyword indicated Ads.

The above remark on the Reddit post picks apart Google’s stance as a neutral third party, noting:

“Google has different political and economic dockets, and they are quite willing to use their different services to boost their preferences. AdSense and YouTube are ill-famed for this, but there have been some single distinct events concerning the play store as well.”

Not the First Time

In March 2018, Google banned all crypto-related advertising of any nature in June last year, per the latest update to their Financial Services policy.

Nevertheless, Google declared in September last year that it would alter its Ad policy in October 2018, enabling again some digital currency businesses to promote and publicise on its platform. The changes enable cryptoasset exchanges in Japan and the U.S.

In addition, Samoural Wallet, the BTC wallet provider, had to disable and incapacitate some of its security features so that it can continue to spread its software on the Google Play store.