Bitcoin is Used more by Civilians than Some Bankers, Lawmakers or Terrorists 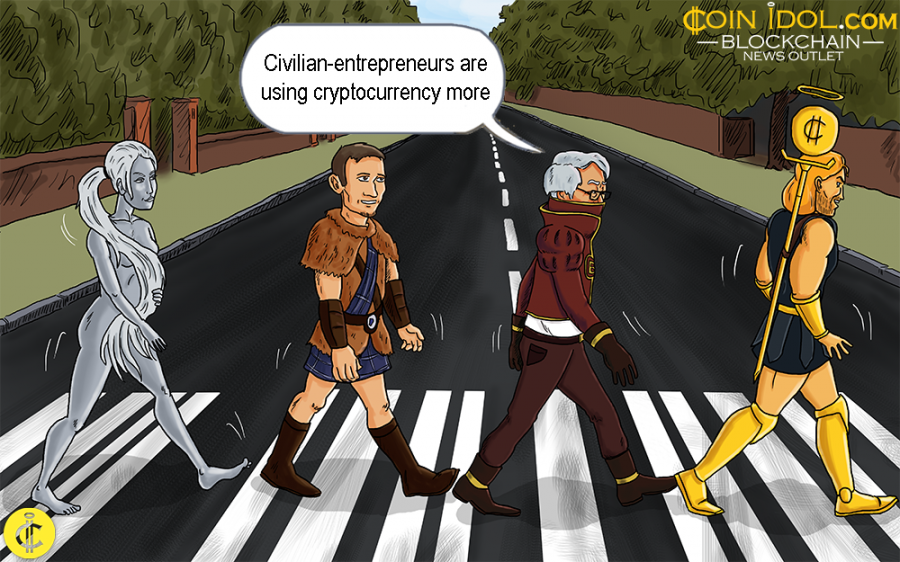 In many countries, including Palestine and the entire world at large, Bitcoin is used more by civilians than some bankers and lawmakers, according to reports in Gaza. A popular Bitcoiner called Ismael Al-Safadi revealed that there are small users and offices which send around $1,000 and $6 million monthly.

It is estimated that there are about 10 thousand irregular users in Gaza, and since the year 2017, more than 300 civilians in the region have been taught about the benefits and potential of cryptocurrency. In fact, there is a certain Facebook page that has more than five thousand active members discussing nothing but Bitcoin.

Bitcoin is a Native Currency for Internet

People around the world are beginning to use, learn and ask more about Bitcoin and other cryptocurrencies. Some people use Bitcoin for cross-border transactions, bypassing trade sanctions, paying online freelancers, etc. In fact, it is highly believed by most experts including CEO Twitter Jack Dorsey, that Bitcoin and other reliable cryptocurrencies will become the native currency for the internet.

As per now, it is still to know exactly what the global transaction volume is since the cryptocurrency ecosystem is not directly connected to traditional banks or the central financial authorities. The most dominant transactions are peer-to-peer which makes it difficult to be fully monitored and regulated. A massive number of local bitcoin users tend to cash out in fiat instead of utilizing it for secondary business transfers.

Cryptocurrency is Still too Young to Facilitate Terrorism Operations

Civilian-entrepreneurs are using cryptocurrency in gradually increasing numbers due to the growing demand for mobile financial services. However, most banks globally are not allowed to use, trade with cryptocurrency or even engage in any activity associated with bitcoin. Also, the percentage at which civilians use cryptocurrencies, outweighs bitcoin-related trepidation activity in the world.

Several researchers found that Bitcoin still lacks a lot of things and that is one of the reasons why it is not mostly used by professional terrorists and other illicit gangs. As a matter of fact, terrorism as an activity has not benefited too much from BTC and digital currency due to major risks involved in it, as we reported previously.

Most people using Bitcoin including Palestinians, are allowing BTC payments for freelance jobs, or remittances from friends/family/relatives abroad, and cashing it out via local P2P groups. The rate at which the global cryptocurrency market is growing is indeed promising. In future, if this industry is well regulated, most global exchanges and banks will legally begin accepting to transact with cryptocurrency via compliant digital platforms.