Bitcoin Isn’t the King of the Darknet Anymore, BTC Transactions Has Dropped 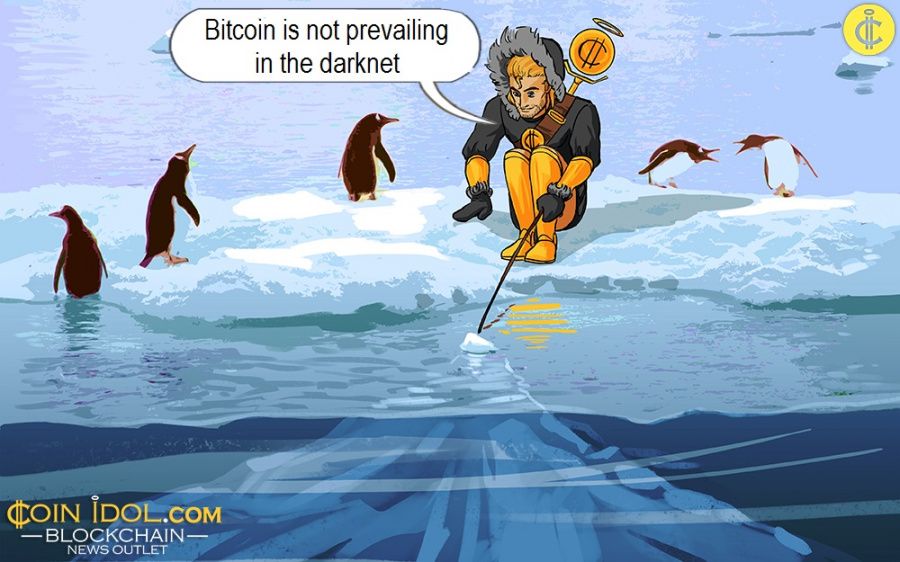 The Bitcoin transactions on the darknet has decreased dramatically in 2020 compared to other years.

One would expect that since the price of Bitcoin (BTC) has been rallying and its adoption has grown globally in this year due to some factors such as Covid-19 pandemic, the original cryptocurrency would be the one mostly used to carry out payments, but this is not the case.

As per the research by the Crystal Blockchain, the amount of Bitcoin that has been moved between darknet enterprises has plummeted in the first quarter (Q1) of 2020 when you compare it with the amount transferred in the Q1 of 2019.

Last year, the darkweb market cryptoasset revenues soared 70% to $790 mln, while the share of incoming dark web cryptoasset transactions relative to all digital currency transactions soared from about 0.04 percent to around 0.08 percent, and this was the first time it has surged in years.

Ever since tough measures and regulations have been created and implemented, some operators and entrepreneurs of shadow markets have been made to seek refuge in less controlled options. It is also quite logical as the Bitcoin price has increased, so the currency became a better store of value, making darknet entrepreneurs seek for cheaper alternatives.

The drop in the usage of Bitcoin could be due to the rising of new decentralized, cheap, relative anonymity, improved privacy and less volatile cryptocurrencies. Some of the new cryptocurrencies that exhibit these features include Zcash (ZEC), Monero (XMR), Dash (DASH), etc. In fact, as per now, a big number of criminals are using Monero as it allows for a more improved secrecy and disguise compared to Bitcoin. According to CoinIdol, a world blockchain news outlet, Monero transactions on the darknet have surged significantly as a counter to the plummet in Bitcoin popularity.

Fiat currencies is still in circulation

However, it is not true that most criminals use cryptocurrency on dark web to carry out their malevolent activities such as drug trading, scam, terrorism funding, money laundering, sex and many others. According to the research by Chainalysis, only 0.08% of cryptocurrency transactions are used in illegal activities.

This means that the rest (99.92%) of the transactions are used in fiat financial activities. In fact, the data revealed that only 1 out of 49 dark web marketplaces accepts XMR as well as other cryptos. Most of them prefer the US Dollar as a prevailing payment option.

To be specific, there is between 1k to 2.5k times more illegal activity carried out with fiat currencies such as the US Dollar (USD) than BTC. Generally, the quantity of cryptoasset transacted through darknet marketplaces is to all intents and purposes small compared to the total scope of the cryptocurrency economy.