Bitcoin SV in Chaos with ShapeShift & Binance to Delist It 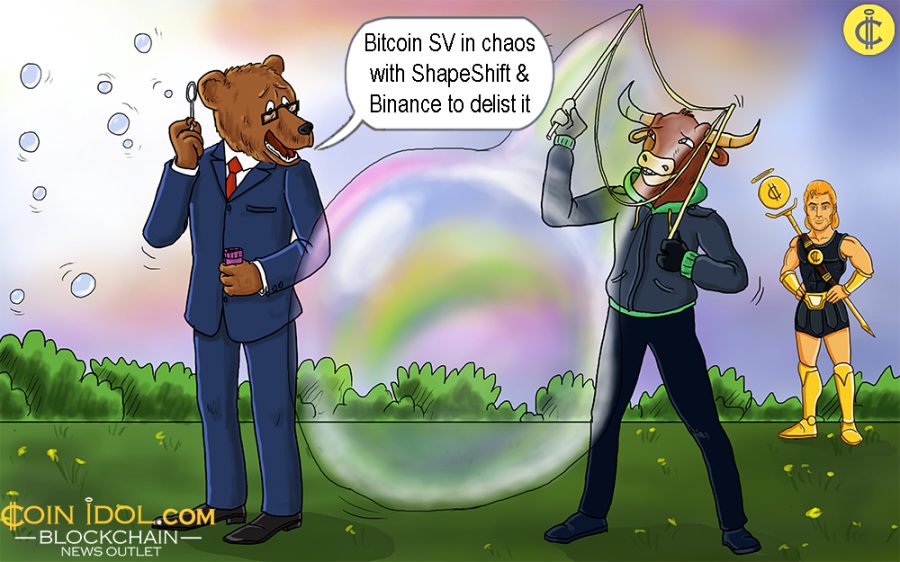 The hard fork of Bitcoin Cash led to the formation of two new cryptocurrencies i.e. Bitcoin SV and Bitcoin ABC. However, the latter has more support than the first. The flagship crypto exchange by trading volume Binance dropped this coin from being traded on its platform, ShapeShift is also planning the same.

Now, the chains of both BCH and BSV have been used to manage the recoil of the war happening between Craig Steven Wright (a person claiming to be Nakamoto Satoshi – the real founder of Bitcoin) and the general crypto community.

The weekly fall clipped approximately $481 million off the Bitcoin Satoshi Vision MC, making it the most bearish cryptoasset throughout the whole cryptocurrency index. The crypto in question plunged towards the overrated region, as per its day-to-day relative Strength Index (RSI) analyses. At 30-RSI, the altcoin was just a minor sell order clear of brooding into a very bearish bias. 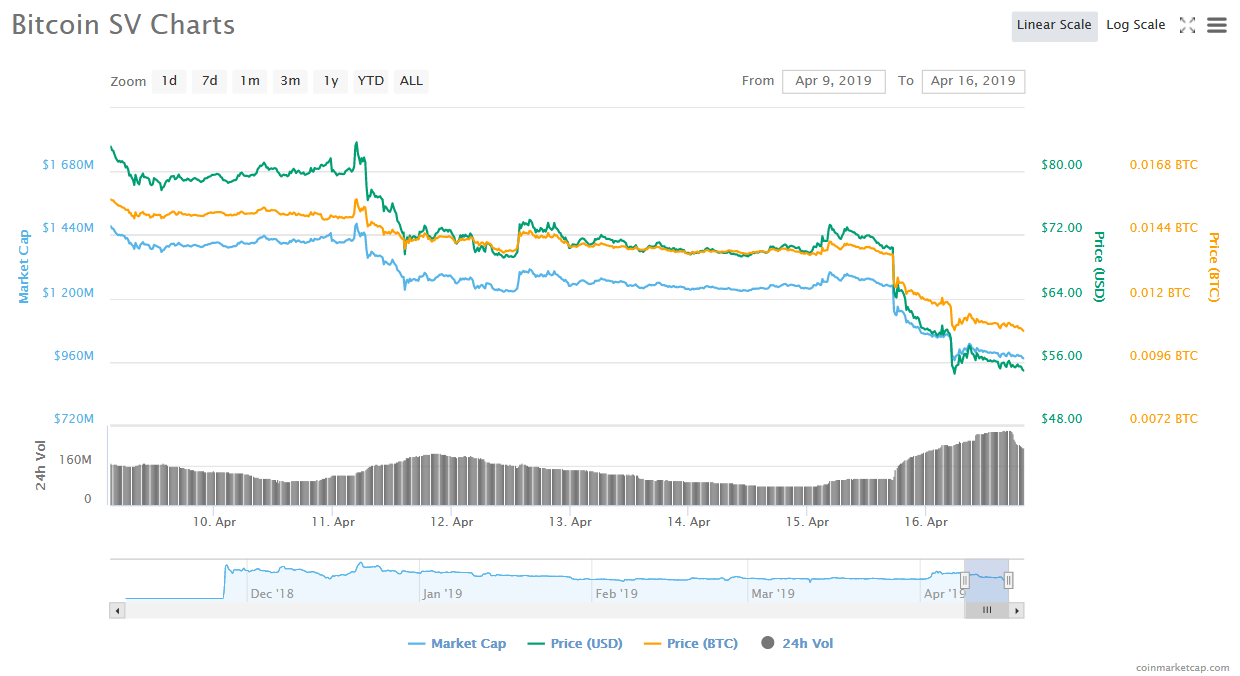 It bang convoyed bigger volumes, showing that bears were dumping the crypto. The event made the cryptoasset to move towards a fresh 2019 bottom.

As previously mentioned, the cause of the price decline is allegedly connected to the delisting of the asset from the flagship crypto exchange with effect from Monday, April 22. According to the CEO of Binance, CZ, if Craig goes on claiming that he is the real Nakamoto, he will do something strange in this case – to delist BSV. CZ revealed that what Craig is doing is diving and degrading the crypto community. He said:

Master piece! You have my full support, Peter.

To be clear, I don't choose sides on technology. We let market do that. I am against fraud, such as lying to be someone. As such, it is my strong opinion that:

The campaign of delisting BSV from the Binance platform has gained momentum, different people including the CEO of ShapeShift, Erik Voorhees, Peter McCormack and others have come up to show their concerns – of delisting BSV. They all said that they are going to erase BSV from their trading platforms.

No Need to Fight

At the time of writing, BitFinex, Huobi, Kraken and Bittrex are the only major digital currency exchanges which are offering BSV trading. However, if things remain like this, Bitcoin SV price could downside further. Nevertheless, the crypto exchange Kraken has come out to warn users about BSV:

“Warning: Bitcoin SV does not meet the standard listing criteria of Kraken. This is an extremely high-risk investment. There are a lot of alarming signals worth paying attention to.”

Of course, no doubt, it is very bad to see sister cryptos fighting. That is why there will be no winner in this war, the fact of the matter is that - some will lose less than others.