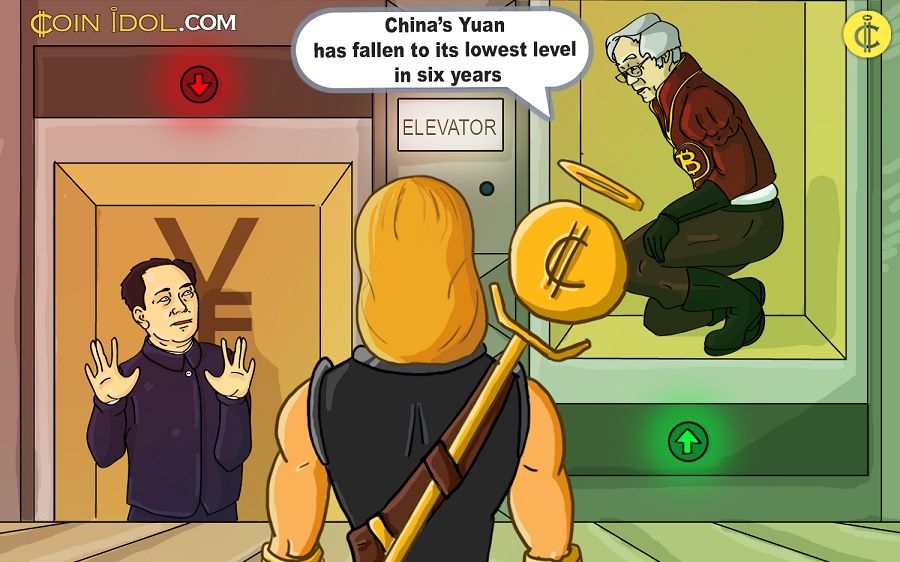 The Chinese Yuan has fallen to its lowest level in six years, forcing investors within the economy to move their money overseas. Bitcoin appears to have been a convenient method of transfer of value as speculators have also taken advantage of the prevailing demand for the cryptocurrency. This, according to experts, has given rise to the current surge in the price of Bitcoin.

Over the weekend spanning October 7 to October 9 2016, until the time of writing, the price of Bitcoin has surged fr om around $600 to almost $640 per Bitcoin.

This upward movement in price has attracted the attention of experts, as they share their perceived reasons for why there is a significant change in the price of Bitcoin.

Since its retracement after reaching the year’s high of around $700 per Bitcoin in June 2016, Bitcoin’s price has fallen and has traded around the $600 region for the past few weeks.

Technical analysts have predicted a bullish market based on the fact that the 100 SMA is crossing above the longer-term 200 SMA, showing that buyers are taking control of bitcoin price action. These moving averages are said to be in line with the 4-hour bullish channel support at $610, adding to its strength as a floor. Bitcoin seems to have its sights set on the $650-$655 area. 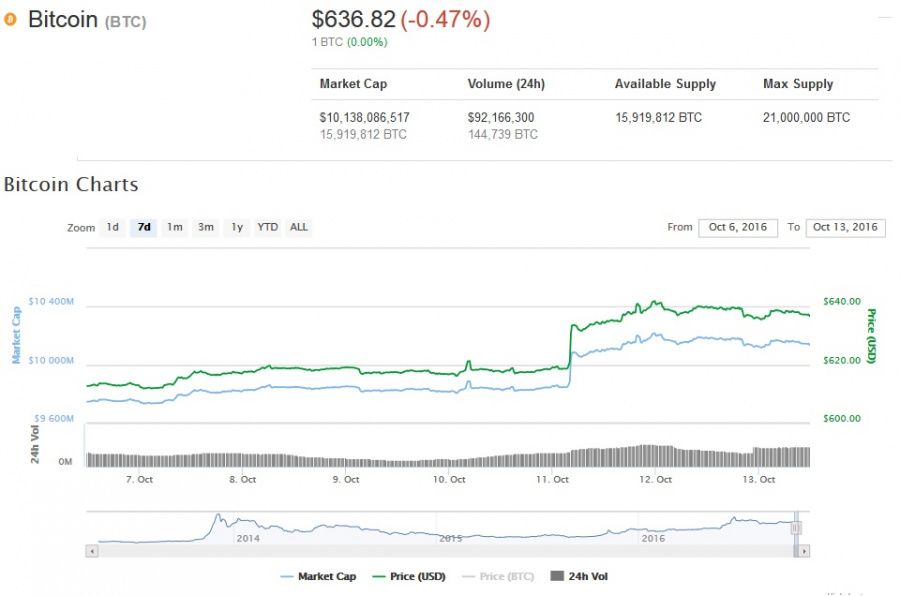 However, experts who spoke to Coinidol.com have offered their explanations for what may be the reason for the present surge in price of the cryptocurrency.

Speaking to Coinidol, the Founder and Architect of Safe Exchange, Daniel Dabek, notes that there is no significant fundamental factor that supports the current rise in Bitcoin price. Dabek thinks that the recent price hike is just an opportunistic one, implying that speculators may be taking advantage of some temporary event to cash in on the change in price of the cryptocurrency

“To me, it appears the the price hike in Bitcoin is opportunistic. The order book has not shifted much in any particular direction, indicating that the price may continue to stagnate and is likely to go back down to the $600 region.”

The intrinsic characteristics of Bitcoin have been seen as a major factor that endears it to its users.

The anonymity associated with the cryptocurrency enables the transfer of huge volumes and the exclusion of intermediaries such as banks and other middlemen reduces the cost of transaction by all means.

In situations wh ere economies of nations and regions become somewhat unstable or unpredictable, investors have had to move their funds away from such environments. Recently, Bitcoin has become a convenient means for such transfers and this has been identified as one of the reasons for the recent demand for Bitcoin, which has led to the surge in price.

Further rise in price is imminent

Senior trading analyst at Ethereum Labs, Michael Morton, explains what has occurred in the Bitcoin market as a fallout of what is happening to the Chinese Yuan over the last couple of days. Morton says that the recent increase in the demand for Bitcoin comes from Chinese investors who are seeking to move their money overseas.

Morton also predicts a further rise in the price of the cryptocurrency in the coming days. Morton says:

“China’s Yuan has fallen to its lowest level in six years early Monday which broke a key psychological threshold for traders invested in Yuan. Bitcoin is the easiest way for Chinese investors to move their money across seas or into another very liquid monetary asset out of their oppressive government’s control. I foresee a raging bitcoin bull market starting as more and more Chinese investors reinvest their money to avoid further yuan devaluation.”

Instability of Ethereum and other factors

Dan Roseman of Coinality thinks that the current market situation does not give a very clear indication of the main reason for the rise in price of Bitcoin. But he believes that it may not be far from the issues that surround the current Ethereum challenges.

"It is impossible to know for sure why the price of Bitcoin is going up, but if I had to guess I would say that the recent rise in the bitcoin price appears to be directly correlated with the decline in the price of ETH. This leads me to believe that investors are migrating from ETH to BTC due to the Ethereum network's current stability issues."

The Co-Founder of Bitshares Munich, Christoph Hering, explains that the rise in price, in his opinion, is as a result of a combination of reasons. He says:

“There are many reasons for the Bitcoin price to rise up right now. I cannot give you a direct single event why. I think we will see a slow increase in the price. However, Bitcoin will stay stable for the next months until segregated witness are going online and speed transactions will be available. The BTC development has been slow and I think the market is waiting for the next big thing in Bitcoin. Meanwhile, all the hype is in Altcoins and Ethereum”.