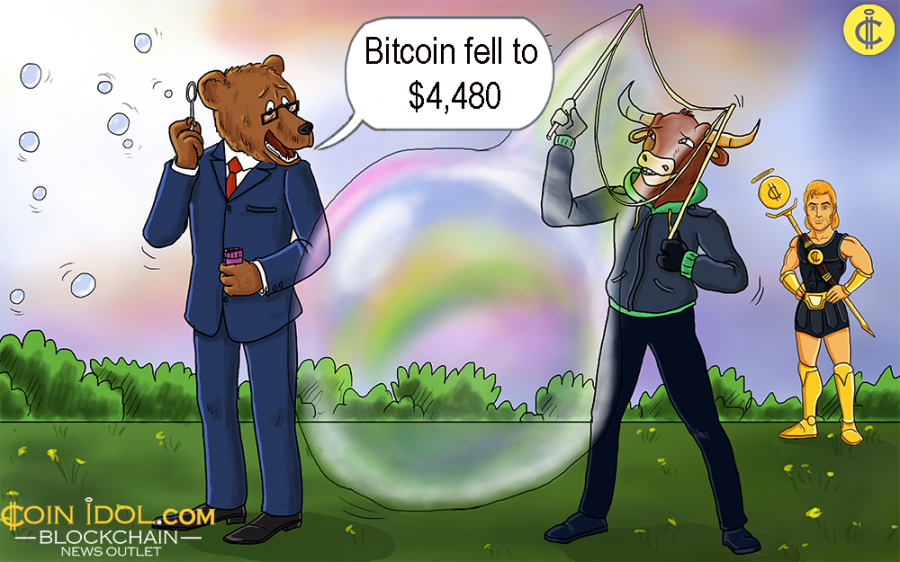 The event marks BTC's lowest value since the month of October 2017 and it is currently down over 70% since the highest level of the crypto bubble that happened in December last year. It seems the trend turned bearish for nearly every cryptocurrency, except for USD Coin, QASH and Dai showing minor increase.

The rapid downward trend started last week on Wednesday, as BTC dropped below the $100 billion market cap for the first time after the 2017 crypto bubble. This is greatly ascribed to a big uncertainty within the crypto market after the "Bitcoin civil war" (fight between Bitcoin ABC and Bitcoin SV) - bitcoin cash hard fork, as recently reported by Coinidol.

Bitcoin Cash (BCH) itself was directly forked from Bitcoin in the month of August 2017, after disagreement over how best the crypto can be scaled, emerged.

"The BCH hard fork is turning out to be an arms race among bitcoin miners. It may not have direct impact on price, but it’s something people are concerned about — there is a fear that miners might be diverting mining power away from bitcoin into BCH."

BTC's price had previously appeared to have started stabilizing in the previous three months, standing between $6,000 to $6,800 level. As we also recently reported, Bitcoin is more likely to drop further to $1,500 price level.