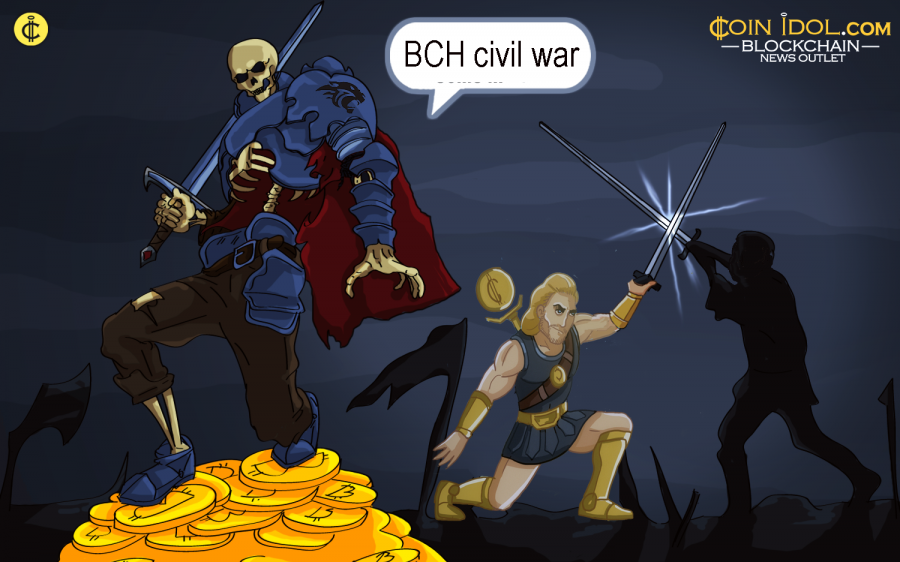 Forks can be of great importance to the crypto industry if they add desired qualities to the underlying cryptos. But in most cases, these forks don't cause anything good, they just create conflicts and worsen the situation. Cryptos that involve themselves in fighting should be discriminated against while those that mind their business but with small market caps have to be amassed. In this case, it's necessary to sell off both Bitcoin Cash (BCH) forks, and YOYO gets much attention.

Bitcoin maximalists and amateur crypto traders don't know which is the "original bitcoin", is it "BCH SV or BCH ABC?" They continue to be confused day in day out.

Calvin Ayre, CoinGeek, a mining pool supporting Bitcoin SV, said that all is not good on the opposition side:

“CoinGeek and nChain are in this war for the long haul. We will mine Bitcoin Cash and fight as long as it takes to protect and secure the original Bitcoin from Bitmain, Jihan Wu, and their Bitcoin ABC development group who all want to change Bitcoin into some alt-coin Wormhole token technology.”

Ayre has repeatedly said that his side will continue fighting for the long haul. But what's this real fight? However, there are many big firms that have also given support to Bitcoin ABC chain. The press section reads:

“Therefore, the BCH hash war will not be decided in 1 or 2 days, but over many days and possibly weeks by on-going miner votes with sustained Proof of Work.”

The final result of the "hash war" is likely to be a 0 or 1 if all or one chain(s) outlive(s). Currently, Bitcoin ABC shows more chances of surviving, since it has the backing of Jihan Wu, Bitmain co-founder.

Bitcoin ABC has been using checkpoints after every hard fork and this has helped it during the big war with Bitcoin SV. For more information read this blog post that was recently published by Chris Pavia, the Lead Backend Developer at OpenBazaar.