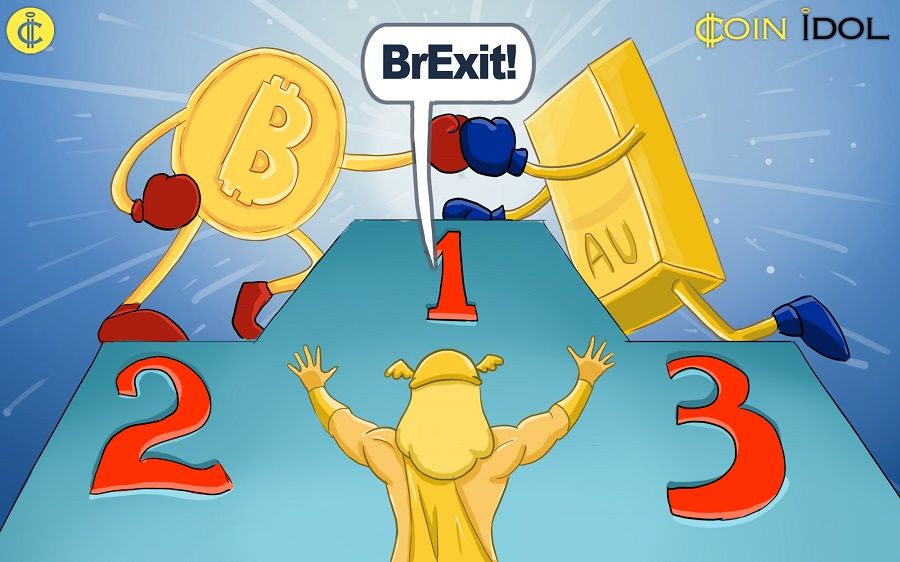 Two weeks have passed since the Brexit. World markets collapsed soon after the first results of the referendum were announced and today they continue to face the pressure.

Brexit strengthened political and economic differences within the EU. Brexit also enhances the new wave of financial crisis. Moreover, Brexit as a factor, especially geopolitical, can provoke Nexit - the exit of other countries of the European Union. Mass surveys in the EU show that the residents of the Netherlands, Austria, Sweden and other countries are also not against holding a referendum on exiting the EU.

However, Ireland and Scotland on the other hand does not wish to leave the EU. Scotland may soon hold a second referendum for independence.

Due to the Brexit on June 30, 2016 the S&P downgraded the long-term rating of the European Union in foreign currency from "AA+" to "AA". In such circumstances, the crisis in the financial markets intensify. There may even be a repeat of the 2008 crisis. However, the price of Bitcoin, does not seem to notice the new wave of the crisis. Bitcoin price is gradually returning to previous maximum values.

CoinIdol.com asked cryptocurrency experts how the Brexit may influence the global economy and the dynamics of the Bitcoin price. And we got the following answers:

"Brexit is a clear signal to the European Central Bank that their policies are ineffective and there is dissent within populations of larger EU economies. A lot depends on how Britain manages its finances from here on. If they can prove over the next 5 years that they can manage their economy better without EU regulations it might lead to disintegration of the idea of EU itself. This will have impact on status of euro as a reserve currency. In medium term EU citizens could look to diversify their savings into various other financial instruments such as the Dollar and gold. Bitcoin may find a lot of traction with lot of investors who are aware of it. This will help increase investor base of bitcoin further."

Michael Patryn, co-founder of Quadriga and the founder of Fintech Ventures Group in Canada:

"I believe that Brexit was priced in some time ago. It was used as one of the reasons for the recent rally to $790. Since the vote results came in, GBP dropped roughly 10%. Gold and silver hit 52 week highs today."

"The real world effects of Brexit are unknown and to be negotiated between the UK and the EU. What we do know is that Brexit equals uncertainty. This has been reflected in the world markets as GBP crashed 10% causing stock markets around the world to tumble and potentially spark off a much needed deflationary correction in asset prices. Markets that perform during financial uncertainty are ones that have no dependence upon banking such as Gold and Bitcoin which shot up in value as more investors seek a safe haven for their wealth in assets that are not dependent upon banking. The markets are forecasting more uncertainty ahead and Bitcoin and Gold are the winners in these turbulent times. We expect further turbulence as the United Kingdom explores its separation as well as further exits from the EU."

"The Brexit is great for the world economy. Almost every market & asset class should improve with UK now able to set their own financial laws. The one region that is critically damaged by this is the European Union in particular the EuroZone. With their overbearing regulations, socialist policies & bank insolvency, their markets and currency should accelerate in its fall without the UK. This may be very good for Bitcoin as those on the Euro might see it as a value safe haven as well as cross border value transfer & wealth preservation during this breakup of the EuroZone."

"Bitcoin prices rose in anticipation of halving, Brexit and CNY devaluation, and of this, we saw the sensitivity to selling the news as the Remain vote seemed sure one day and crushed the rally, then not so sure and later a practically uninterrupted relief rally retrace 2/3rds of the prior retracement in a day. Brexit represents a changing of the game theory of global politics, on which fiat money rests inextricably, from co-operation to defection. Once this trust is lost in the room, the prisoner's dilemma turns into something like the ending of Reservoir Dogs. In a theoretical world of Agorist liberties and economic growth, Brexit might represent a move towards more prosperity, but between that world and the present is a series of beggar-thy-neighbor devaluations and political landscapes dissolving like in a Bukowski poem. Gold, bitcoin and other hedges against the system will do well in this environment."

Dynamics of BTC/USD exchange rates before and after Brexit: 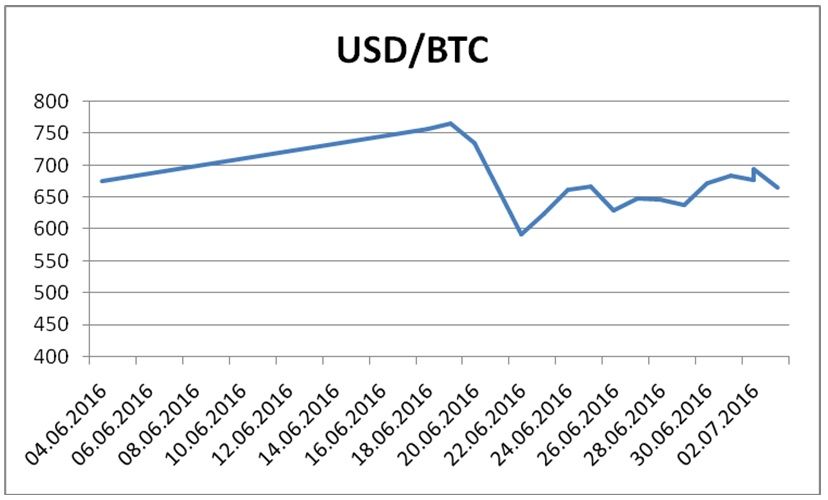 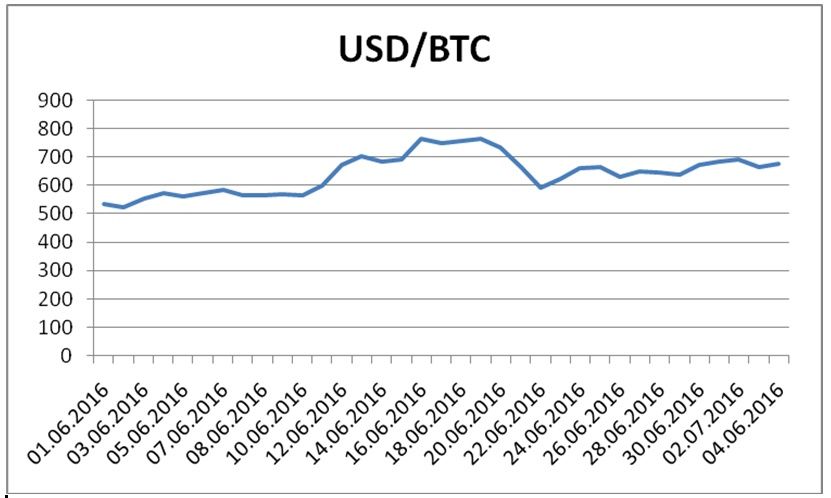 As seen in the chart above, Bitcoin feels confident enough while major financial markets fall. We expect in the coming days, that Bitcoin’s position will continue to strengthen.

The global financial crisis increases the distrust of traditional financial instruments. Today, one of the main functions of money, being a "world’s money" becomes less feasible. After the Brexit the British Pound fell to $1.33. The US Dollar is no longer the same currency of funding but seen more as a risky currency. The Euro after Brexit is also under pressure. Therefore, people's attention is more and more attracted to the tools less dependent on negative economic factors and decisions of governments and central banks. Bitcoin may become such a tool for investors, which has most, if not all, of the basic functions that money must possess.

Bitcoin is a measure of cost, there are already plenty of examples where the price of goods are determined in bitcoins. Bitcoin is already a means of circulation and means of payment. A lot of people use Bitcoin as a means of accumulation and savings. As the popularity of Bitcoin grows this cryptocurrency could easily find its niche in the world of money. What do you think?

This analysis and forecast are the personal opinions of the author and are not a recommendation to buy or sell Bitcoins.

Tags
Brexit Bitcoin price Price Bitcoin EU Finance Exchange Gold Crisis
Most Popular
Jan 15, 2021 at 14:11
News
US Domestic Extremists Receive Bitcoin Donations: Does Someone Want to Bring the Country Down?
Jan 15, 2021 at 13:23
News
Bitcoin Cash Declines, May Resume Range-Bound Movement between $430 and $540
Jan 15, 2021 at 12:15
News
Litecoin Recovers but Struggles to Break the Resistance at $156 High
Jan 14, 2021 at 15:28
News
5 Vulnerabilities of the Cryptocurrency Market Used by Scammers to Trick People
Jan 14, 2021 at 14:38
News
Ethereum Struggles to Break the $1,150 Resistance, Uptrend Resumption Is Likely
More