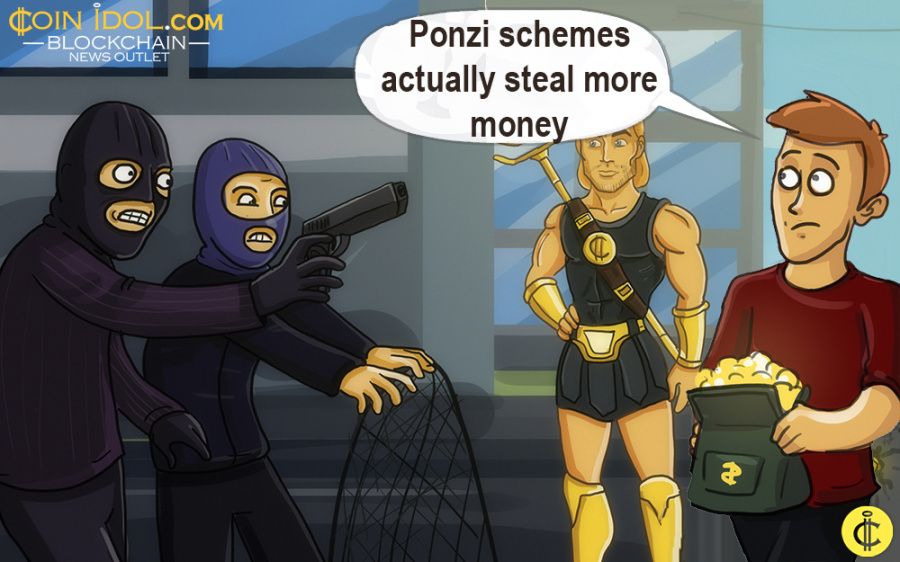 Another Ponzi scheme, dubbed Bitcoin Wallet, left investors with nothing, according to the Ladysmith Gazette. The investment scheme was one of the most lucrative projects in South Africa that saw many potential people, investors and companies willingly put their money in it, with the hope of acquiring abnormal returns in the shortest time possible.

But as we talk now, those members who invested in this Ponzi scheme are protesting and crying out for help from the responsible authorities including the country’s police, financial watchdogs, etc.to help them get back their invested money.

The party suspected by the financial regulators and media to be operating a Ponzi scheme in South Africa abruptly closed down without notifying their clients. The company used to attract clients with profits of 100% within a period of just 14 days by reinvesting their deposit amounts in Bitcoin and other major cryptocurrencies. Now that the enterprise behind the Ponzi scheme is no longer operating, investors are demanding to know where exactly the money that they invested went.

According to the founder of Bitcoin Wallet known as Sphelele (Sgumza) Mbatha, there is no any single coin to refund back to investors. He doesn’t know what is actually going on as far as this system operates, he claims that it should workshopped.

It is on record that Bitcoin Wallet was very popular to the extent that Sgumza reached at a time when any deposits not above $350 were not allowed any more. During that period, speculations started raising saying that the company used to collect over $29,135 in cash deposits daily, and this amount was the largest cash flow received on a day-to-day basis in the entire region of Ladysmith, a city in KwaZulu-Natal Province.

Criminals on the Run

With the positive news surrounding the use of blockchain and Bitcoin in our day-to-day operations, investors thought that they were actually investing in cryptocurrency since the scheme carried the words “Bitcoin,” the leading digital asset by market cap and “Wallet,” a commonly used term when it comes to this segment. The enterprise used to change 10% as an administrative fee. The founder had become a popular celebrity in South Africa, drove the most expensive cars, and was even escorted by the police.

Ponzi schemes pop up every now and then. Last week, the Verona authorities were intervening in one of the biggest Ponzi schemes in Italy. The Special Antitrust Unit seize over 90 social pages and a wide number of websites where OneCoin cryptocurrency scams were being run. Criminals behind these scams are now facing charges in courts of law related to fraud.

Some big people including the founder of OneCoin Konstantin Ignatov have benefited from these Pyramid and Ponzi schemes, however, they have also found it rough to eat and run away with other people’s money since they are ever in hiding and others are rotting in prison because of their illicit actions.