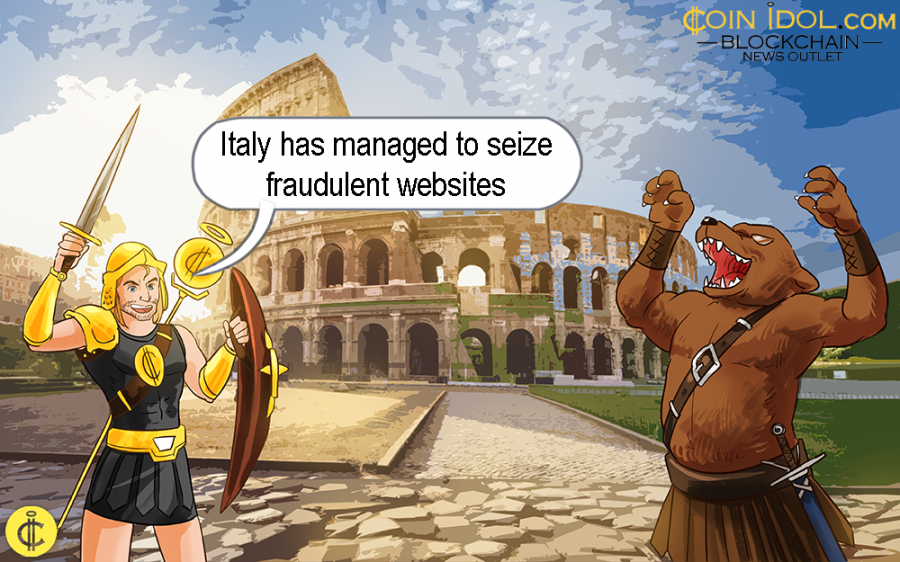 The financiers of the Special Antitrust Unit in Verona, Italy, have managed to seize around 93 social pages and 7 websites where cryptocurrencies including OneCoin were offered to people while promising them quick massive returns and earnings.

As we talk now five people residing in the Provinces of Trento, Padua and Viterbo, Italy, are facing charges of fraud and one of them has been reported for working with two other residents in the provinces of Verona and Mantua to use money, goods or utilities of illicit origin.

According to the investigations carried out by the Public Prosecutor's Office of Rome, discovered a fraud organized by 6 Italian promoters, some of whom are still active in the North-East, who had also involved the legal representative of a Roman firm for company training.

The fraudsters offered services on the web, on social media or with the more traditional word of mouth, a lot of training courses on financial topics that were combined with packages of cryptocurrency, which the customers paid starting from the minimum of €100.

Meanwhile, Konstantin Ignatov, the CEO of the OneCoin digital currency fraud is going to undergo a court trial while he is still behind bars. Ignatov was denied by the New York Southern District Court to be given a bond, according to the report by Finance Feeds.

The OneCoin scam also entered Uganda and the CEO even documented his travels in the country in 2018, according to the reports by Daily Monitor and New Vision, the local newspapers. The Bank of Uganda (BoU) warned the general public against the use of OneCoin, claiming that it was purely a Ponzi scheme not a cryptocurrency. The scammer Ignatov is being suspected of a plot to perpetrate wire fraud, a misconduct which will more likely leave him behind bars for a max of two decades if found guilty.

The US government revealed that his bond application was rejected because Konstantin was a flight risk, adding that the suggested release conditions set by his team were not a final assurance that the victim wouldn’t run away.