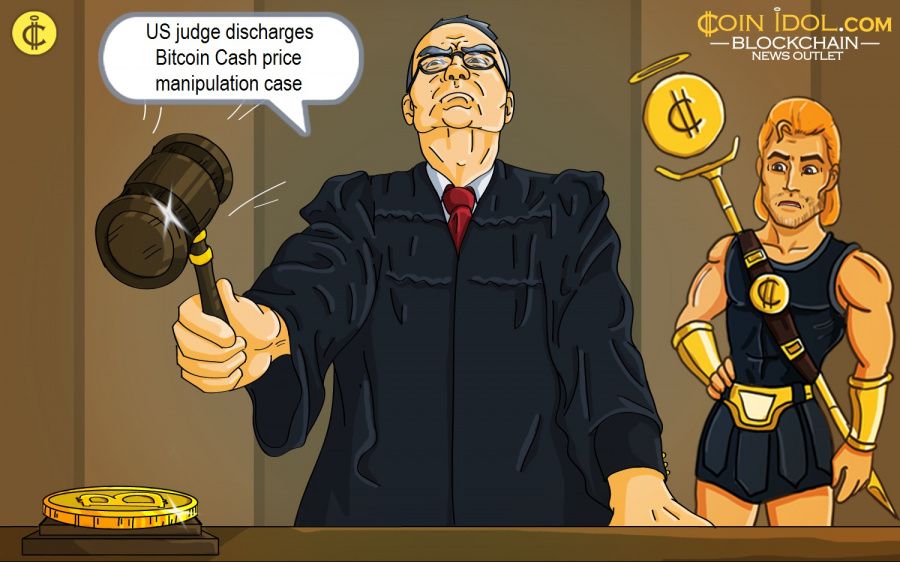 The United States court has managed to discharge a case that was condemning bitcoin cash (BCH) protagonists such as the Bitmain cryptocurrency exchange, its founder Jihan Wu, Kraken, its founder Roger Ver of forging as well as influencing the token's value in November 2018, when previous BCH hard fork that occurred and gave birth of bitcoin SV (BSV).

UnitedCorp, a blockchain firm based in Florida, blamed 9 defendants of plotting and conspiring to takeover and engineer the price of BCH during the moment when the system was splitting and this is one of the U.S. antitrust lawsuits involving blockchain or digital currency firms. Other than Bitmain and Kraken exchanges, the lawsuit was also applied against the people behind Bitcoin ABC.

Just at the beginning of this week, the U.S. Magistrate Judge in Florida, rejected the suit without prejudice, and this implies that the plaintiff might go on and file a corrected version of the lawsuit.

The original plaintiff accused Roger, Kraken and the BCH founders of conspiring with Bitmain cryptocurrency exchange to fraudulently relaying hashing at the real time the splitting was arranged to occur. That triggered the system to use the design of Bitcoin ABC and also purportedly harmed the Bitcoin Cash DLT system, to the disadvantage of UnitedCorp as well as other patrons.

This not only was violating the U.S. antitrust decrees but also restricting the rights of other several potential firms to participate and compete. Now, each defendant has filed other motions aiming at dismissing the 2018 verdict, with some saying that UnitedCorp never gathered adequate evidence needed to move on with its complaint. The deadline is February 28, 2020 to submit an amended complaint.