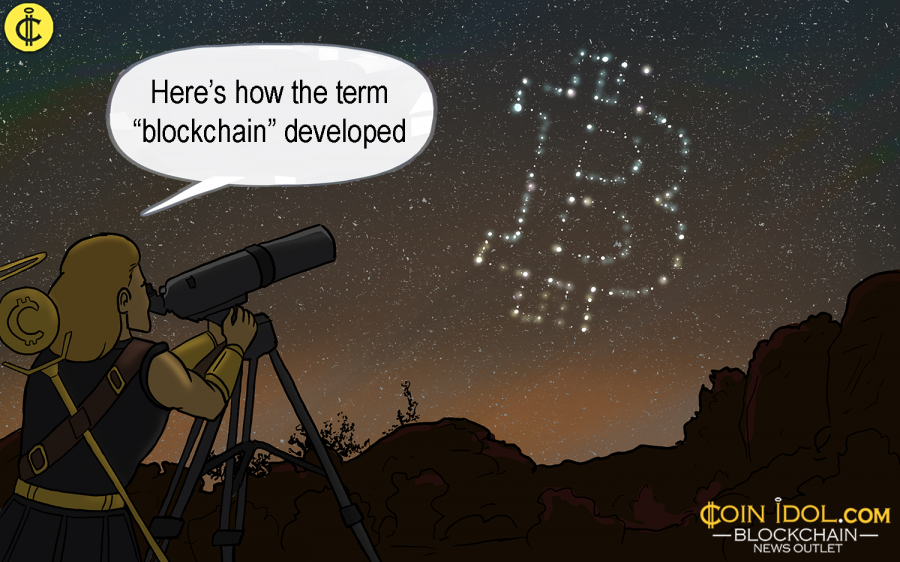 Today, there are a number of governments, institutions and individuals who publicly claim to be only interested in and supportive of blockchain technology not Bitcoin. Like it or not, you have heard it somewhere or even said it yourself, and the audience understands what you are actually trying to mean, they know that you are talking of blockchain, the technology behind BTC and cryptocurrency as a whole.

When the finance and monetary sector got to hear that the ledger can be integrated into the fintech, they all rushed to implement cryptography in finance, just like in a similar method how cryptocurrency is used, actually, they started making different statement on the technology and that catchphrase started by BTC still remains a catchy buzzword up-to-date.

Genesis of the Term Blockchain

Yes, the term is catchy, but the fact is, the term “blockchain” is not included anywhere in the initial 2008 Bitcoin whitepaper published by Satoshi Nakamoto, the real founder of BTC. In its place, the whitepaper highlights the terms “block” and “chain” numerous occasions, but in separate areas.

Actually, the whitepaper refers to the term “block” as the automobile for some package BTC transactions. And then, these particular blocks are coupled together to form a “chain” of “blocks.”  But the main question still stands, who formed this definitive industry buzzword?

According to the veteran BTC designer called Mike Hearn, the term never existed in early times, but he admits that S. Nakamoto usually cited bitcoin’s “proof-of-work (PoW) chain” in many forums including Bitcoin Talk, a BTC-specific platform formed by Nakamoto, back in July 2010 – few years when the flagship crypto was officially released into the market.

However, it is very difficult to identify where, when exactly the term became established. But it seems that the unclear mixed ingredients in the word, have made many professional organizations and people to disassociate themselves with BTC claiming that it carries a wicked reputation. They consider Bitcoin as a currency purposely created to support evil activities such as supporting drug dealings, terrorism operations, gray economies, money laundering and others.

Furthermore, “Bitcoin the currency” could be separated from “bitcoin the blockchain protocol” forcing the entire fresh sector alleged to be a “private blockchain,” to explore digital currency and that is when it arose, and it was around 2015, when the data of Google search trends indicated that the search for the term increased significantly.

In the beginning, the public used to say “block chain,” but due to the increased community-extensive effort and PR campaign on different dedicated forums, a single-word was born. Now, BTC can be used to label its underlying technology, and due to this fact, both words usually experience similar surge when digital currency prices begin to rally high. For example, the two words recorded a gigantic upward trend in Google searches in December 2017 when the price of the original cryptocurrency hit its record high of around $20,000.