Why Cryptocurrency & Banks are Inseparable 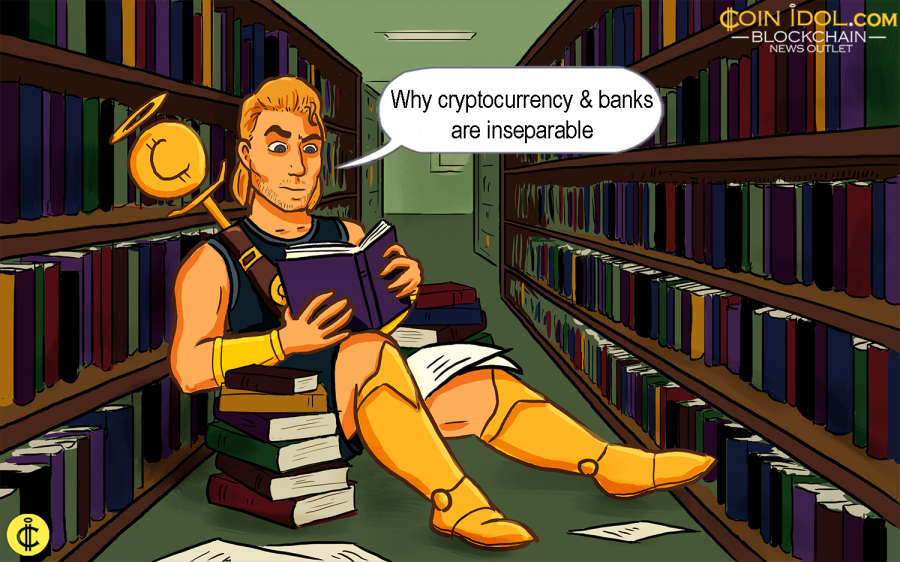 The coordination between banking institutions and cryptocurrency is still uncertain. Crypto exchanges don’t believe in creating connections with banks to avoid losing their identity, though sometimes its appears that they are inseparable.

According to Ron Karpovich, the head of the e-commerce department at JPMorgan, the crypto sector will depend on the banking institutions to transfer funds from place to place. In the same manner, blockchain can be employed in financial institutions to enhance and quicken the payment system happening in banks.

More than 2 billion people don’t use banking institutions and around 5 billion have access to smartphones, as per the report by Forbes. This means that it is very easy for these 5 billion plus people to make a transaction using their phones using the so-called digital currencies and blockchain technology. The technology is secure, transparent, cheap and fast.

Cryptocurrency enables users to have digital wallets, a regulation base and a controlling structure. Some forward-thinking people have come up with great idea of combining mobile firms with banking systems, whereby the banks will have various services including crypto and will further offer a series of services such as prepaid credit, postpaid billing, mobile money platforms, and many others.

Since the crypto industry is still embryonic, it has therefore been characterized by being a total turmoil, disorderly, risky, speculative, dirty, useless, inefficient etc. by major giant such as Bank of Italy. In fact, the institutions are not happy at all with how digital currencies are being used.

Some of them have even reached at an extent of warning their customers not to carry out any business using digital assets including Bitcoin (BTC), Ethereum (ETH), Ripple (XRP) and other major cryptocurrencies. For instance, in January this year, Reserve Bank of India forced its users to abandon dealing with digital currencies.

Ability to decide what to do with our own money is the very reason we need to invest, #BUIDL, & believe in #bitcoin pic.twitter.com/MpP34uqGKe
— Indian CryptoGirl (@DesiCryptoHodlr) January 9, 2019

Banks are very uncertain to achieve their demands, though they can’t avoid their popularity too, hence encouraging the growth of crypto banks.

Digital Assets not a Threat

The interest in crypto as a substitute for fiat currency had lately seen some motivation when central banks in cutting-edge economies cooperatively found themselves at the zero bottom limit and pondering how much more they could trim rates down before initiating a flight into cash. In a cashless society, fiscal policy rates wouldn’t see a real lower limit, which might remove the necessity for quantitative facilitation measures.  Furthermore, the robust evidence that anonymous fiat is valued by those who carry out illicit business or are attempting to dodge taxes has augmented calls for obliterating cash.

However, the risks of launching CBDC are very high while the efficiency advantages do not appear to be large enough.  Digital currencies which are issued by central banks would labor under all the drawbacks of cryptoassets minus giving rich advantages.

Electronic money (currency) ‘for all’ on the balance sheets of the central banks could pose troublesome effects on the financial system sans providing stout benefits over a properly governed dual system.  A more effective system can be attained through innovation in existing payment setup which is fortified by regulation that triggers competition to fresh participants and technologies while upholding the mainstay of bank deposits and fiat (traditional) central banks.

According to Financial Stability Board ( FSB), digital currencies don’t set a major economic threat to the global stability though they need to have a proper and strong ‘watchful monitoring, since the entire market is transforming swiftly. So, they are presently not a threat to banks.

Tags
Central Bank Cryptocurrency Identity Exchange Banking Digital currency Fiat Finance
Most Popular
Jan 15, 2021 at 14:11
News
US Domestic Extremists Receive Bitcoin Donations: Does Someone Want to Bring the Country Down?
Jan 15, 2021 at 13:23
News
Bitcoin Cash Declines, May Resume Range-Bound Movement between $430 and $540
Jan 15, 2021 at 12:15
News
Litecoin Recovers but Struggles to Break the Resistance at $156 High
Jan 14, 2021 at 15:28
News
5 Vulnerabilities of the Cryptocurrency Market Used by Scammers to Trick People
Jan 14, 2021 at 14:38
News
Ethereum Struggles to Break the $1,150 Resistance, Uptrend Resumption Is Likely
More