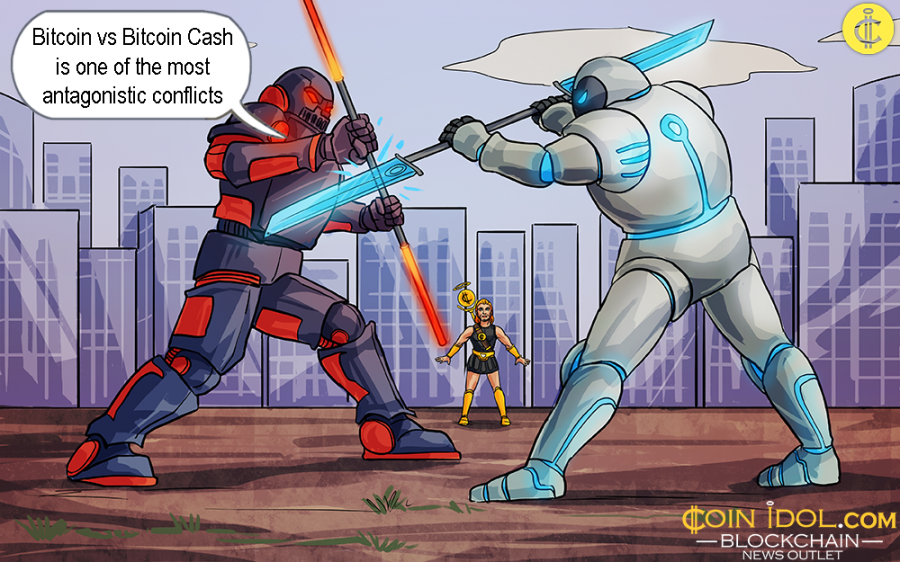 Bitcoin (BTC) versus Bitcoin Cash (BCH) is one of the most antagonistic conflicts that is currently happening in digital currencies. The teams behind each network have massively diverse visions for what the future of the Bitcoin blockchain should be. Although the skirmish originally arose over apprehensions concerning block size, the conflict expanded to include many issues such as censorship, business ethics, decentralization and many facets.

Bitcoin Cash (the sixth largest cryptocurrency by market cap) split from the Bitcoin on Tuesday, August 1, 2017. The fork resulted in two separate networks – BTC & BCH – and also two distinct cryptos by the same name functioning on each blockchain.

The primary motivation that caused the chain split was discrepancies over block size. When BTC became more extensively adopted, scalability problems became a tenacious issue. Cumulating the block size as a latent solution to this became the topic of powerful discussion.

The most eminent members of the community behind the fork were: Roger Ver of Bitcoin.com; Jihan Wu of Bitmain; and Craig Wright (the person claiming to be Satoshi Nakamoto).

Currently, there are a series of opinions supporting BTC over BCH. One of the main issues concerning the latter is the security of the system.

Another argument is decentralization which is at the central of BTC versus BCH. The larger blocks used by the BCH system creates the mining practice involve bigger computational resources.

BTC is by far the overriding digital asset in the entire system of cryptocurrencies. At press time, it constitutes more than 52.4% of the total market capitalization of all digital currencies. 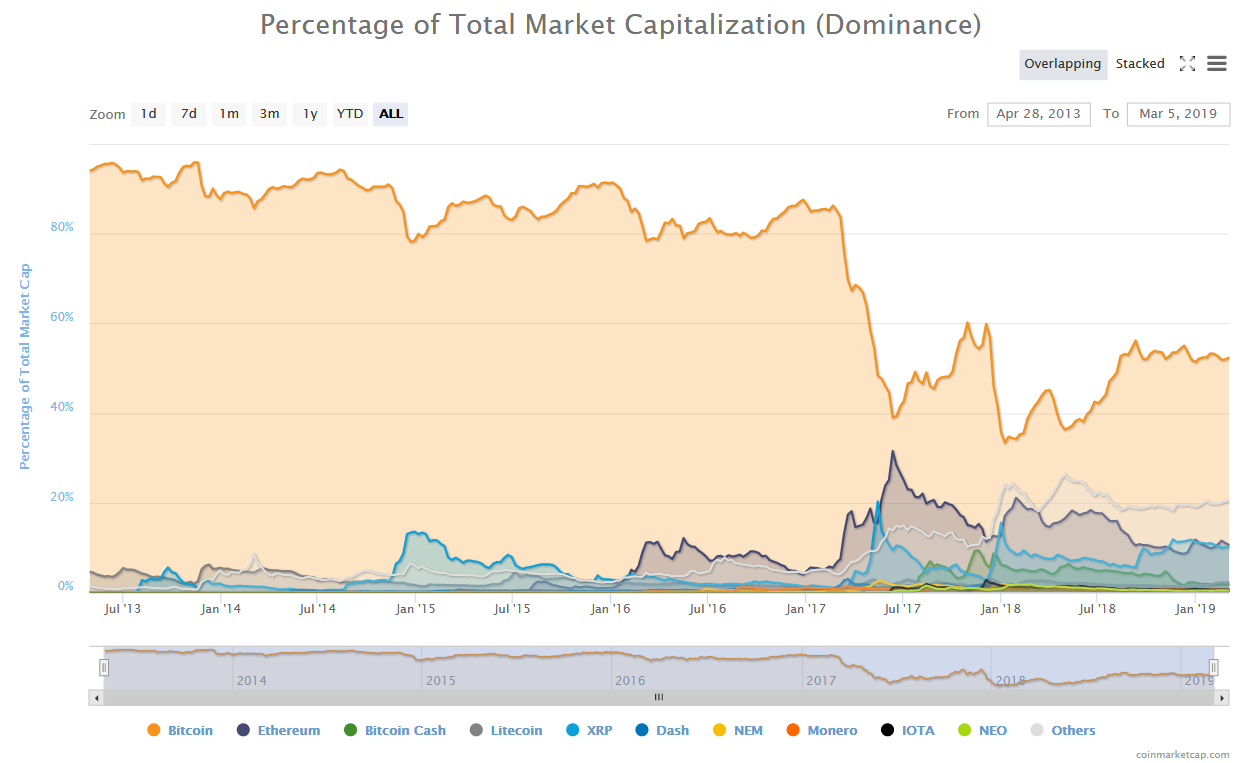 The foremost argument of the BCH community is that the 6th crypto by MC is approaching to what Satoshi Nakamoto initially delineated in the Bitcoin whitepaper published way back in October 2008. Bigger blocks facilitate more transactions and allow a bigger number of transactions to be included in each block. This assists the BCH blockchain to facilitate economical peer-to-peer (P2P) electronic payments as were initially intended in the Bitcoin whitepaper issued by Satoshi Nakamoto.

The 6th crypto by MC has certainly delivered on its potential promise to date in facilitating low-cost P2P payments. Transactions can be economically sent on the network. The tradeoffs that are enabling this are intolerable to a large number in the BTC community. Security and decentralization propaganda at the center of the BTC ecosystem’s opposition to the BCH. The value of the BCH remains at only a portion of the setup value of Bitcoin demonstrating the vast dominance of BTC. The 6th crypto by MC is usually not more 5% of the setup value of BTC and was about 3% during December last year.

Though BTC was slightly wedged by the BCH fork in August of 2017, a hard fork of BCH itself completely proves the hazardousness of hard forks. On Thursday, November 15, 2018, a hard fork happened on BCH. The fork led to the birth of a new network, Bitcoin Cash SV (Satoshi Vision), and its own crypto of the same name to go away with it.

This hardfork led to a significant severe splitting of the BCH community. Roger Ver and Bitmain highly welcomed Bitcoin Cash ABC (adjustable block size cap). This is the real Bitcoin Cash blockchain but later transformed to ABC after the conflict between ABC and SV becoming strong and unbearable.

The fork caused a skirmish for hash rate between the ABC protocol and the SV protocol. The ABC protocol, which is the chain of the real BCH protocol, saw a harsh fall in hash rate. Though the 6th crypto by MC has some binding value plans, separations in the community and plunges in hash rate and the price will weaken its position in rivalling with BTC.