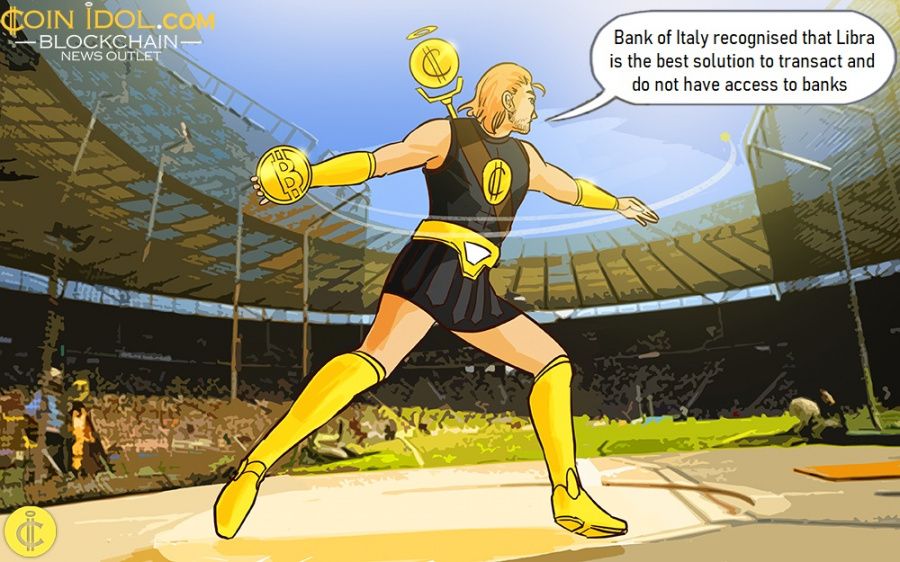 During a presentation at an event on financial technology organized in Rome, the deputy general manager (DGM) of the Bank of Italy, Alessandra Perrazzelli, used words of caution and prudence, but at the same time, openness towards Facebook’s cryptocurrency Libra.

The clear concern of the Bank of Italy concerning the possible growth in the case of terrorism funding, drug trade and money laundering. Alessandra recognised that Libra is the best solution for all those who want to transact and do not have access to banks. In unison, it could be applied by those who wish to escape regulation, monitoring and supervision.

The DGM, who worked with Corrado Passera, Carlo De Benedetti, and then led Barclays Italy, passing thru the ATM board of directors thinks that the authorizations and posts towards Facebook’s own digital currency should be planned and decided internationally but not on a national scale.

Cryptocurrencies Still have a Long Way to Go

Libra approached the regulators, envisaging that they would not encounter any extreme problems and instead found ability and attention. The central bank wants to see how Libra's board is created, which is still progressing.

The committee is currently made up of 28 active associates with the goal of making at least 100 members. After the thorough assessments of the Winklevoss twins that have unveiled the plan to enter into the Libra Association, Monex Group is also shifting in this course.

Facebook is working on its promise to see that its own cryptoasset is in circulation in the first quarter (Q1) of next year. However, various governments have come out with different reaction towards this cryptocurrency. For instance, the financial authorities in France recently shown it a red light, claiming that it is a big risk to the country’s financial sovereignty. The Office of Australian Information Commissioner (OAIC) and other financial watchdogs from the EU, US, Canada, Africa, etc. also showed their misgivings about the Libra Network.

The digital currency rolled out by Facebook has also lately received massive support from other technology giants such as IBM. The firm revealed it was more than prepared to work or collaborate with Facebook on distributed ledger technology or blockchain initiatives.

During a presentation at an event on financial technology organized in Rome, the deputy general manager (DGM) of the Bank of Italy, Alessandra Perrazzelli, used words of caution and prudence, but at the same time, openness towards Facebook’s cryptocurrency Libra.