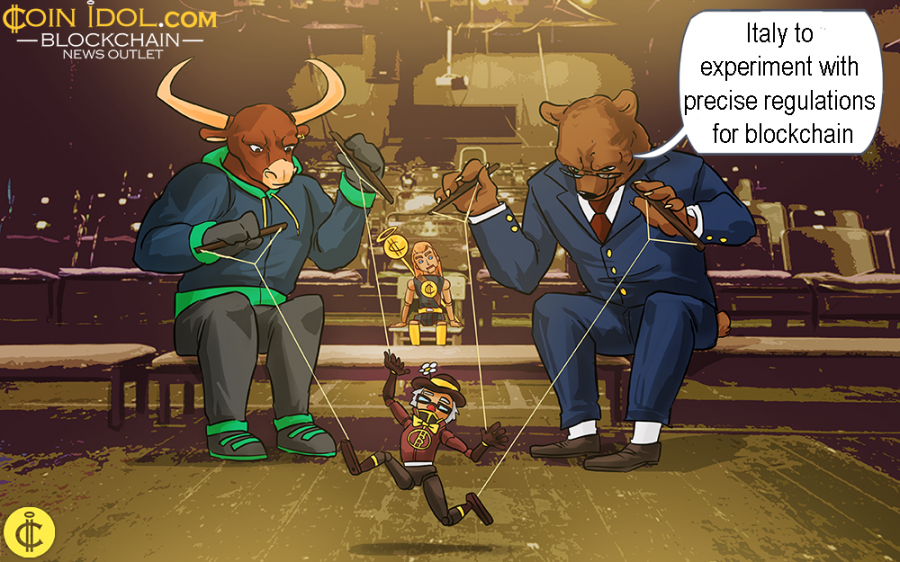 The Central Bank of Italy, the government authority of Italy accountable for regulating the Italian securities market CONSOB (Italian Companies and Exchange Commission), IVASS (Italian Institute for the Supervision of Insurance) and the Ministry of Economic Development (MiSE), are trying to get the applications of financial technology (fintech), blockchain and artificial intelligence (AI) in the financial, credit and insurance industry off the ground but within specific rules and regulations.

It is an improvement by the League to the growth decree to start new developments in these ground-breaking markets, setting the conditions for the new participants to operate within a defined and supervised environment while relishing a fast track in the startup.

The suggestion has been officially sanctioned by the Budget and Finance committees of the Chamber, and gives a regulation that will be adopted within three months (90 days) from the date of entry into force of the law changing the decree, for trialing with technology-finance operations, based on the amplification of algorithms and then on blockchain, distributed ledger technology or artificial intelligence.

The experiment will have to last a maximum of one and a half years (18 months) with basic obligations and abridged time for the approval procedures. Additionally, unresolved regulatory changes, at the end of the experiment will be handled by different authorities in the field, starting from the Bank of Italy to CONSOB, and they can temporarily approve the subjects who took part in the experiment to participate in the market on the root of a meek rationalized interpretation of the existing legislation.

President of CONSOB and former Minister of European Affairs Paolo Savona, is among the people pushing for innovative applications in the financial sector – the minister is putting much emphasis on exploring the potential of blockchain, smart contract, AI and fintech in the financial industry.

Blockchain to be Used in Interbank Checks

Each one in its own area of ​​responsibility, the Bank of Italy, CONSOB and IVASS will be producing an annual analysis report about the fintech sector. The existing inter-ministerial Committee, which is also open to Bankitalia, CONSOB, IVASS and Antitrust, may have novel purposes, such as drafting legislative proposals.

The committee will launch an online portal dedicated to experimentation within 90 days, in order to enable contact between participants and institutions. The same authorities can demand agreements with research centers also to aid the training of personnel and to learn the application of futuristic technologies to their institutional goings-on.

Recently, Italy announced the move to start using blockchain technology and fintech for interbank checks in financial institutions, beginning from March 2020. Currently, a scheme called Spunta Project is being worked on that will be implemented in a variety of interbank processes.