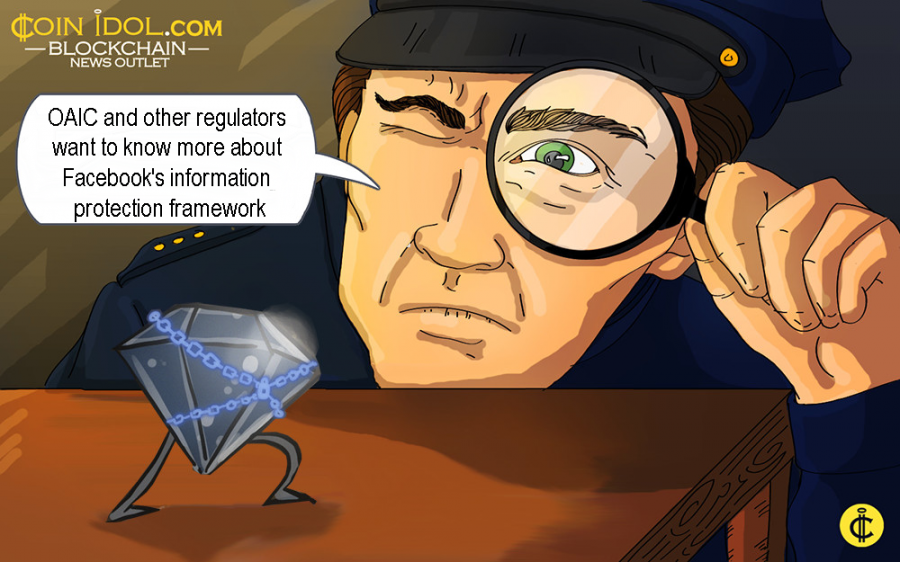 The Office of the Australian Info Commissioner (OAIC) released a statement on Tuesday showing that it has joined other privacy regulators from different parts of the world I’m calling for more info about Facebook’s Libra Network. OAIC and other regulators including United Kingdom Info Commissioner’s Office (ICO), the European Union, the United States, Albania, Canada and Burkina Faso, want to know more about Facebook's information protection framework for its private cryptocurrency dubbed Libra that is expected to be launched in the first quarter (Q1) of 2020.

Following the roll out of Libra, Angelene Falk, one of the leaders at OAIC especially on privacy and info management issues, stated that privacy is very important. She believes what OAIC and other regulators have done is a major step in the international regulatory movement which is stopping online firms to explain how they manage personal data. Considering all these major digital projects happening in the finance and tech field such as the Facebook’s initiative, it is a must to observe customers’ privacy.

The regulators clearly stated that Facebook is still not doing well when it comes to protecting the sensitive data of its customers. The joint statement from various information regulators as aforementioned, told Facebook to produce details on a number of questions concerning Libra cryptocurrency, Calibra – a native wallet of the cryptocurrency, plus other supports of the Libra Net.

Since Facebook announced its plans to launch its own token, it has faced a lot of hullabaloos from all angles because of its earlier engagement in the “Cambridge data analytical outrage event”. Basing on all those previous cases over information privacy, data watchdogs are looking forward to guaranteeing that Libra is total clean and free from analogous threats.