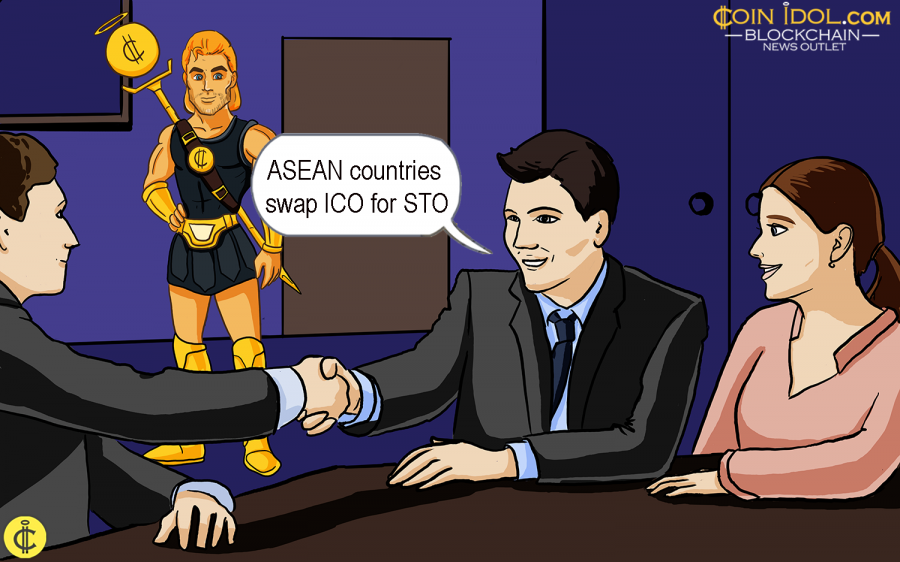 Thailand and ASEAN countries get rid of ICOs to support STOs, which they call a next-gen IPO, because of its decentralised and democratic nature and ability to be legally regulated by the government to protect investors from fraud and make the market transparent and legal. That’s the main idea of the ASEAN Digital Assets Summit 2018, which was held on December 9 in Bangkok, Thailand.

A Coinidol.com representative visited as a media partner of the event to feel the pulse of the Blockchain market in Asia and share it with the world audience of readers from the non-ASEAN region.

Business Gap Between Europe And Asia

There is a big gap between 2 blockchain worlds: Europe and Asia, - in their understanding of the market and the way it should develop. It’s a huge problem for Asian companies to make profitable agreements with European partners, according to Xia (Charles) Li, managing director of Spark Blockchain Incubator. Because these nations speak different languages and only a small percentage of Asian people speak English. That’s the reason why there were at least a dozen people with European faces at the summit, which has gathered around 400 participants. 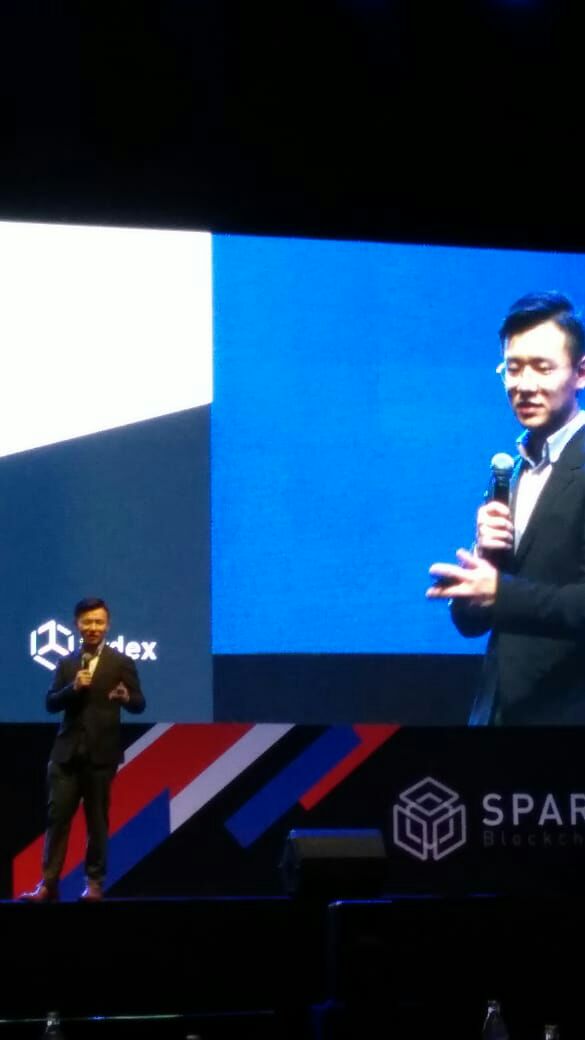 But Asia is open for Blockchain investments, mentally, professionally, and legally.

The ten ASEAN countries have a population of about 600 million in total. It’s a really huge potential Blockchain market. Have a look at the map of the countries that are ready to work with Blockchain and Cryptocurrencies in the ASEAN region. 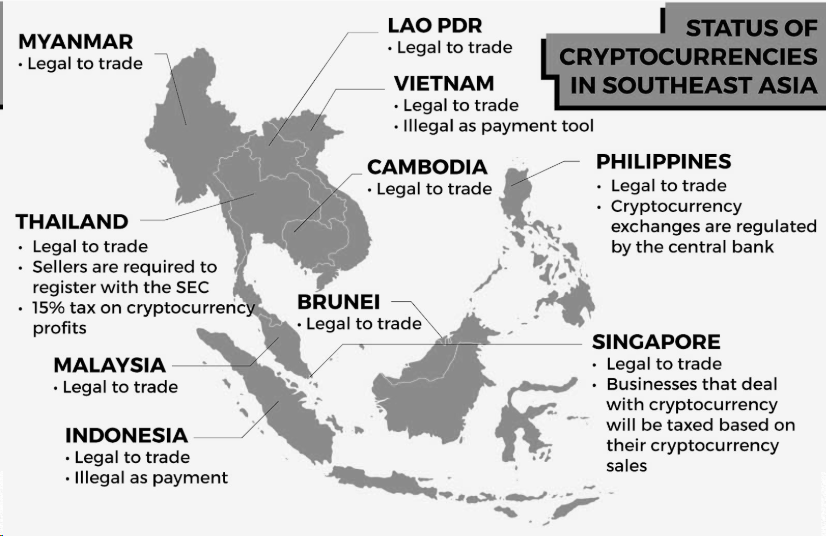 The SEC of Thailand Supports Legal Cryptocurrency Trading with 15% Taxes

The focal point of the ASEAN market is Thailand. Its government is accelerating the layout of digital infrastructure and technology to achieve the 2021 economic development plan. They support the global trend of STO regulation and stable coin development. The friendly situation in all ten ASEAN countries is given on the map above.

The representative of Coinidol.com has not seen ICO presenters at the Summit, because they are considered to be dead in the eyes of the audience. But there was a full section devoted to STO (Securities Token Offerings).

The key speakers of this section were Omer Ozden, CEO of Rock Tree Capital and Rock Tree LEX, who is organising STO for international companies and Dr Bhume Bhumiratana, a consultant of the Securities and Exchange Commission of Thailand. Why do we point out only these 2 people? Because they represent international business and local government and they both support STO as the only legal form of decentralised investments from all over the world. It’s a rare moment, when business and the government both look in the same direction. 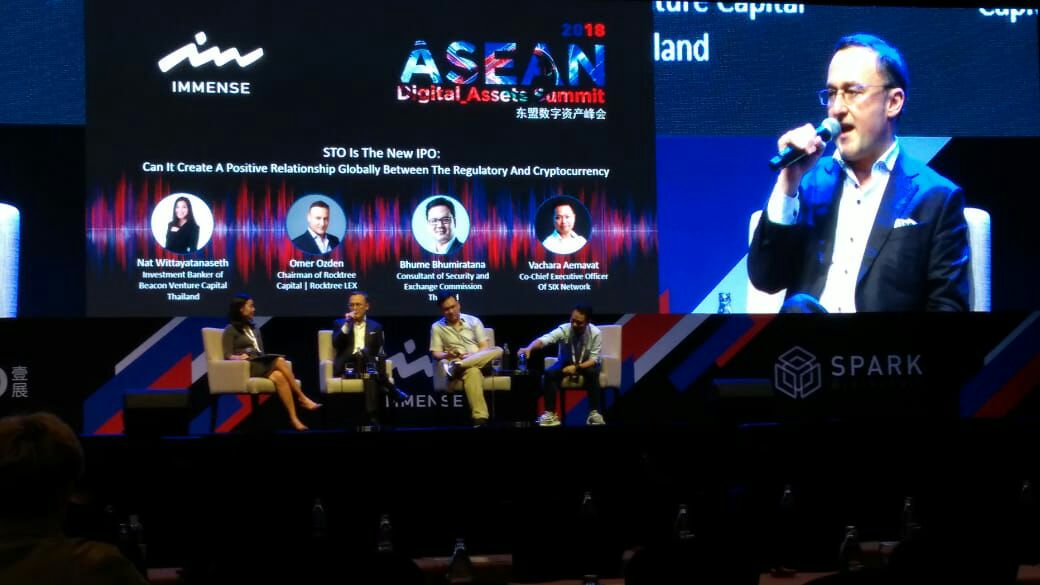 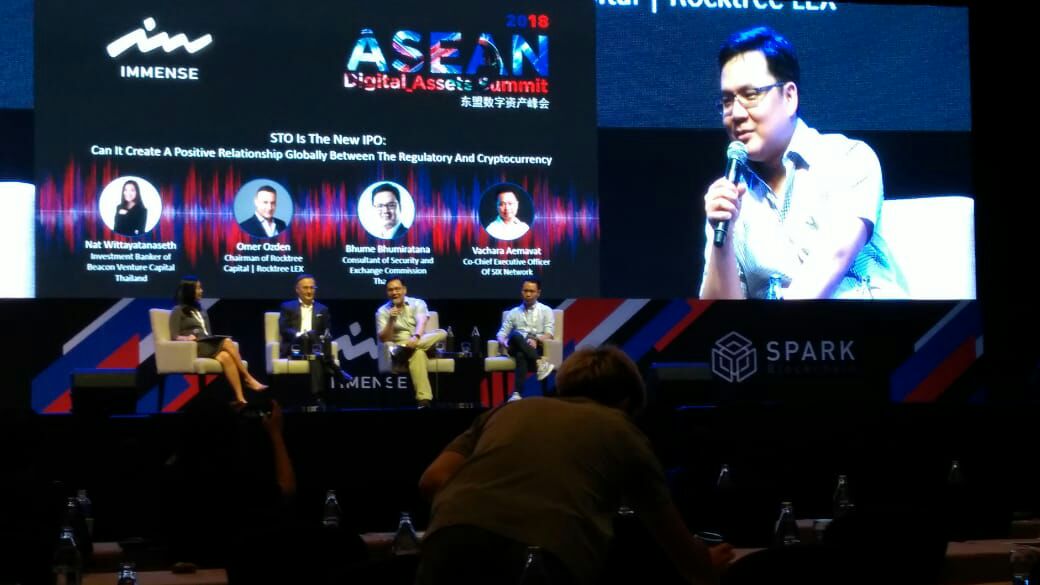 What are the Arguments From Speakers in Support of STO as the New IPO?

Why is it effective to raise funds with STO?

2 - High growth companies should use STO. If a company grows by only 2% per year, there is no reason to use STO.

3 - It gives access to the global market of finance. It’s hard to raise capital locally.

4 - No time frames for trading at regional stock exchanges. STO can be traded 24/7 all over the world. That’s the game changer.

What are the Problems with STO at the Moment?

The SEC of Thailand representative shared their regrets about the difference in regulation for STO in different countries of the world, which is making it difficult to attract money from all over the world while keeping the process legal. A unified system of legal regulation for STO should appear in all countries to avoid conflicting laws.

The CEO of Rock Tree Capital and Rock Tree LEX, which is organising STOs in different countries around the world, pointed out the problem of liquidity for new tokens. That’s a problem that must be solved at the level of regional and world exchanges. While, according to Rock Tree Capital, this problem can be solved relatively easily in the US, it’s a much bigger problem in Thailand.

2019 should be a new year of lost ICO and newborn STO. Let’s see how the markets will change together.

Please share your opinions about transborder investments using STO. Share your personal experience of cooperation between European and Asian companies, if you have it.