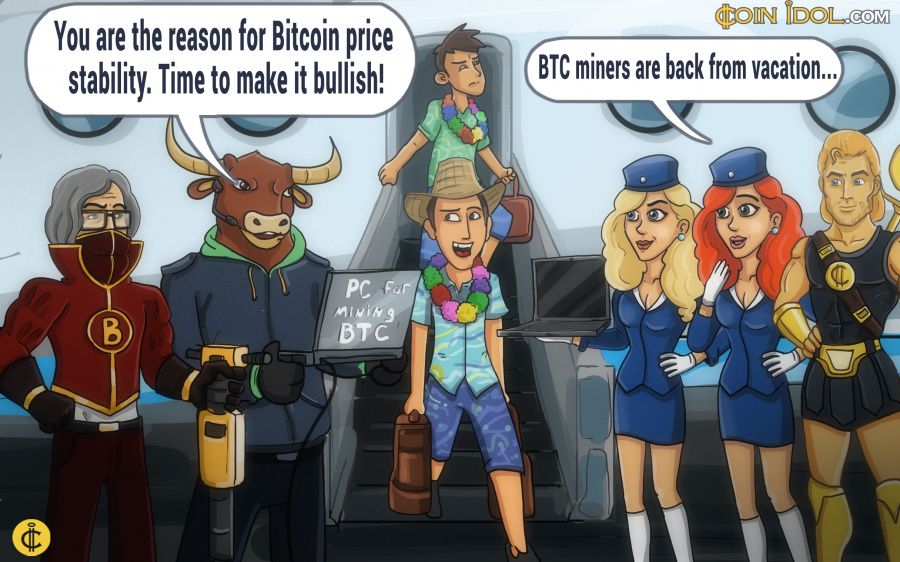 The price of Bitcoin is $602 and is continuing to trade in a narrow range.

Bitcoin price remains stable even while the bitcoin block reward is reduced. Some indications point to mining institutions being interested in suppressing the Bitcoin price in order to discourage smaller mining operations going forward, especially with the greatly reduced block reward.

Coinidol.com has received a comment from Michael Morton, Senior Trading Analyst at Ethereum Labs on the matter:

“I’m slightly bearish on bitcoin for over the next month because I believe the big mining operators want to suppress the price still in attempts to control more of the bitcoin mining market. We’ll see what direction bitcoin takes after it breaks out of it’s trending bear pennant pattern for confirmation either way.”

Coinidol.com had asked David V. Duccini, Executive Director of the Strength in Numbers Foundation, what his take was on the fact that the price remains stable yet the block reward has reduced, he said:

“At this point my guess is that any miner is “milking” a hardware investment, but likely not buying new. The only way mining makes sense is if you have a competitive advantage on power (and cooling).
My sense is that we’re hovering at an inflection point — the place where it’s cheaper to buy Bitcoin than it is to produce it.” 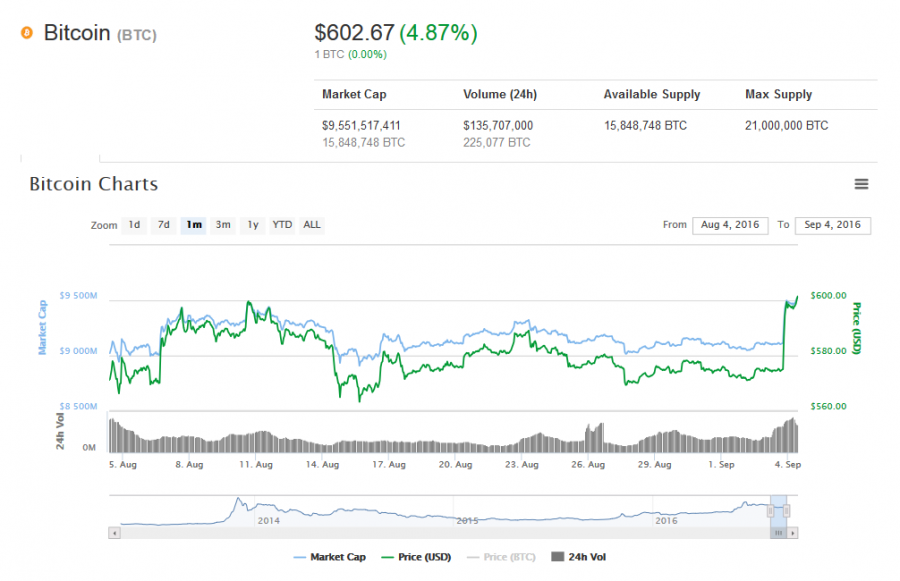 Bitcoin price is cheaper to Buy than to Mine

“Prices are stable when there is a matching “supply and demand” — it seems that the market currently is able to absorb any sales and there is no buy side demand.
Now bitcoin isn’t completely in a snowglobe — we’re in the end of summer — a time when most professional traders are on vacation. Individual wealthy investors are too.”

In the past 30 days the price of bitcoin has not exceeded $600.00 and it has not gone below $563.00 which means that it has been in a ~5% range for nearly 30 days. This could have to do with the fact that traders and investors are not very active during the summer months.

When investors return to the market it could be a possibility that mining operators will not be able to suppress the price of Bitcoin further and the buying interest could step in to begin rallying the price. With the summer months coming to a close, investors and speculators who had taken a holiday this year will be able to take advantage of suppressed prices, which could lead to a rally in the upcoming months.

“I'm bearish on bitcoin while the big mining institutions take one last stab at the little mining operations before bitcoin goes parabolic around October or November.”

The End of Summer signals The End of the Bear Season

Experts still have an expectation for Bitcoin’s price to rise; however, it could remain stable for the next couple of weeks while new opportunists enter the marketplace and create buy support.