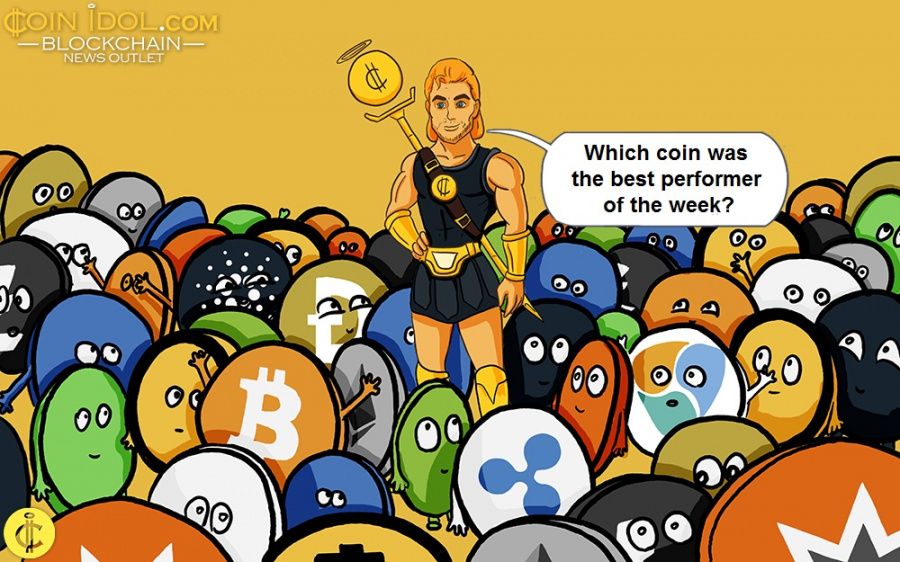 Not all cryptocurrencies are facing a decline amid the downtrend. Oasis Network, for example, has pulled back above its moving averages, allowing it to resume its upward momentum. Other altcoins are not so lucky, as the bears have broken below the moving averages.

CoinIdol, a world blockchain news outlet, has compiled a list of the top five performing cryptocurrencies over the past 7 days.

Oasis Network (ROSE) is on an upward trend. The cryptocurrency has broken through overhead resistance at $0.25. The overhead resistance has held since March. After the breakout, the altcoin fell and retested support at $0.25 before moving back up. This means that the uptrend is likely to continue. On the weekly chart, a candlestick tested the 38.2% Fibonacci retracement level on November 29. The retracement suggests that ROSE will rise to the 2.618 Fibonacci Extension level or $1.00. Oasis Network is the best performing cryptocurrency over the last seven days. It has the following characteristics: 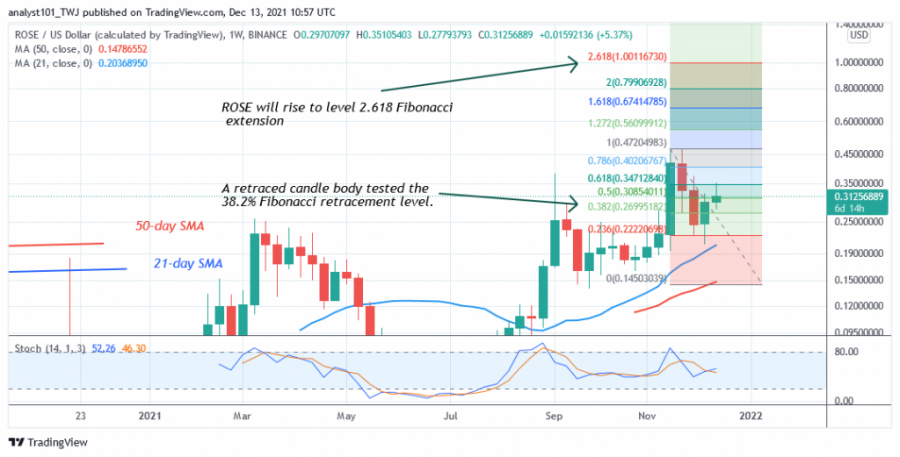 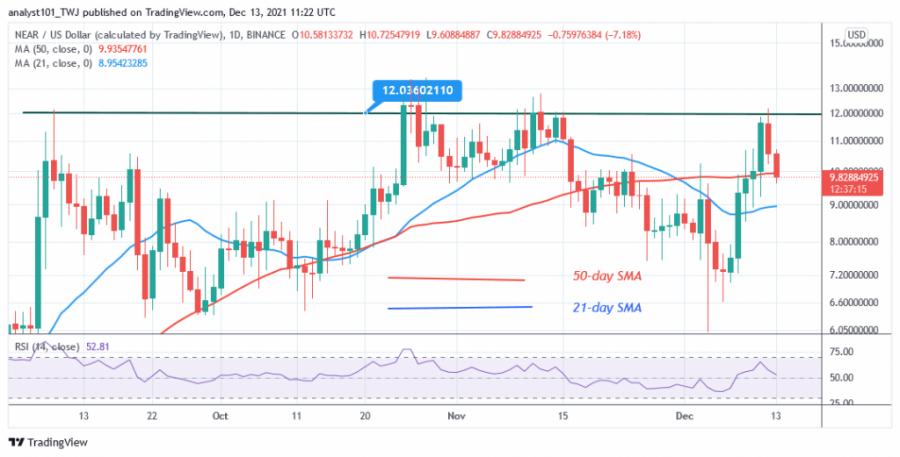 BitTorrent (BTT) has broken below the moving averages, indicating further downside. The previous rally was false as the altcoin met rejection at the $0.0035 high. BTT could fall further if the price drops below the current support at $0.003022. In the downtrend from December 11, a candlestick tested the 78.6% Fibonacci retracement level. The retracement suggests that BTT will fall but reverse at the 1,272 Fibonacci extension level or $0.0027. Currently, the altcoin has fallen into oversold territory, indicating a possible reversal of the downtrend. It is the third best performing cryptocurrency. It has the following characteristics: 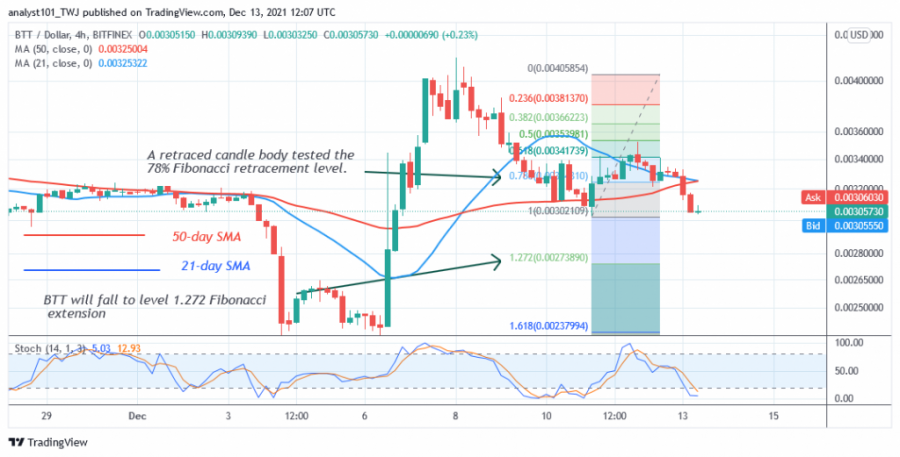 Loopring (LRC) is in a sideways trend. During the uptrend on November 11, the cryptocurrency reached the overbought zone at a high of $3.50. Buyers were unable to sustain the bullish momentum as the altcoin was forced to move sideways. A break above resistance will push the altcoin to the high of $9.0. However, the sideways trend will continue if the overriding resistance is not broken. Loopring has the following characteristics: 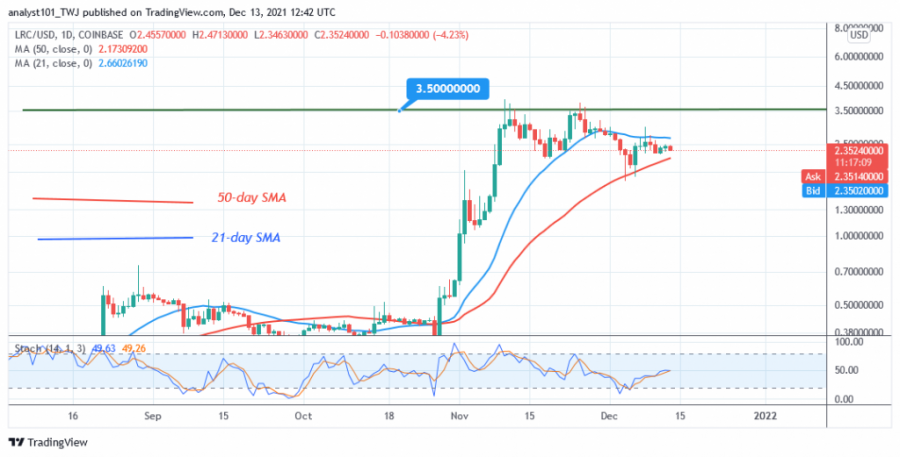 Gala (GALA) is in an uptrend. The uptrend is encountering resistance at the high of $0.86. The cryptocurrency has retraced to the low of $0.48 and resumed consolidation above the current support. Meanwhile, a declining candlestick tested the 50% Fibonacci retracement level of the uptrend on November 26. The retracement suggests that Gala will rise to the 2.0 Fibonacci extension level, or $1.64. Gala has the following characteristics: 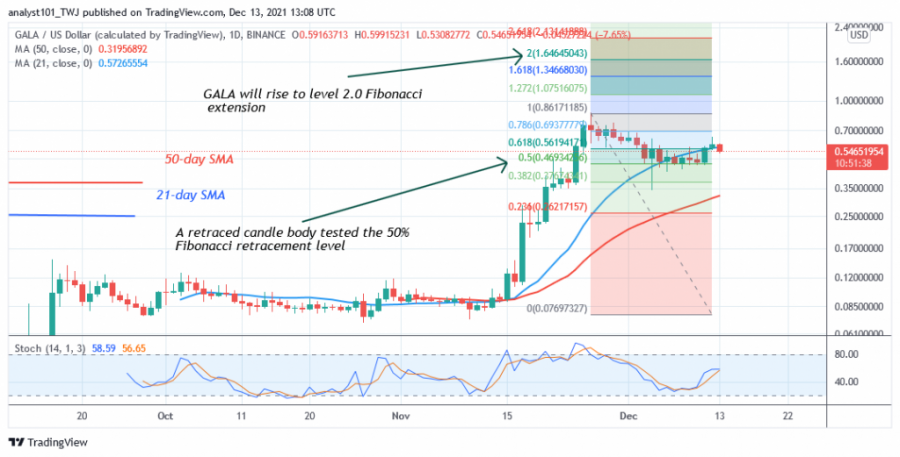