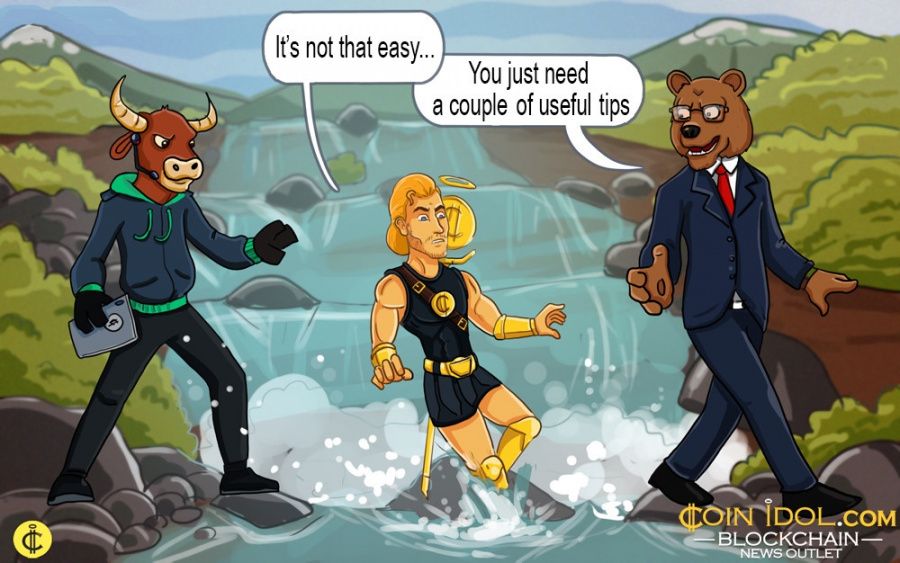 While several years ago, traders were making orders to buy or sell when cryptocurrency was fluctuating by several dollars, now the price of one cryptocurrency may rise or fall by hundreds of dollars in a day. The profits and losses now look more dramatic than ever. However, traders still have a chance to take profit on cryptocurrency price fluctuation, but with caution.

Coinidol turned to experienced cryptocurrency trader and CEO of B2Broker, Artur Azizov, to find some useful tips for potential traders. He commented:

Choose a cryptocurrency you want to start trading. Then divide its position in several equal lots (the amount of tokens to buy), and enter in trade with this lot once in two weeks. Remember, it is important that each lot was the same amount; otherwise you won’t be able to find the average price.

Soon you will find the average price of the chosen cryptocurrency. Perhaps it won’t be a perfect price, but using such a system you will get an average quote of the cryptocurrency on the market and a more conservative approach to trading.

The average volatility of a crypto assets is much higher than the volatility of traditional financial assets. It gives us good potential to get a better profit. However, there is also a risk to see deep retracement before the price moves in our desired direction.

Thus, it’s worth limiting potential losses from the trade by setting a stop loss level. And it’s very important to calculate the right level. In cases with crypto currencies it should be not less than three times the daily fluctuation in percentage points.

As mentioned before, selloffs of cryptocurrency are usually massive and may be up to 75% from the previous growth trend, as with Ether. Bitcoin is less volatile lately – a correction may be 30-50%, while Litecoin may lose about 50-61.8% when it's bearish.

But because of that, these cryptocurrencies look very attractive to traders as they are able to gain their value back very quickly. As history shows, such selloffs may happen 1-3 times a year.

Strange as it may seem, the history from 2011 to 2017 shows that since late February to late August Bitcoin stays mostly in a downtrend, and since September till December it is usually in an uptrend. That’s probably somehow connected with rising business activity after summer and more ICOs launches.

Cryptocurrencies often have inverse correlation with USD and direct correlation with the Euro, American stock indices and gold. For example, correlation of Bitcoin and the Euro in 2017 is 92.2%, with Dow Jones it is up to 86.6%, and with gold it is 48.7%. It means whenever Bitcoins falls, but Euro, gold and US stocks rise or stagnate, it is the sign the selloff of Bitcoin may have a temporary speculative nature, and a U-turn is imminent.