The Year of Unsuccessful Investments and the Lowest Crypto Price Dips 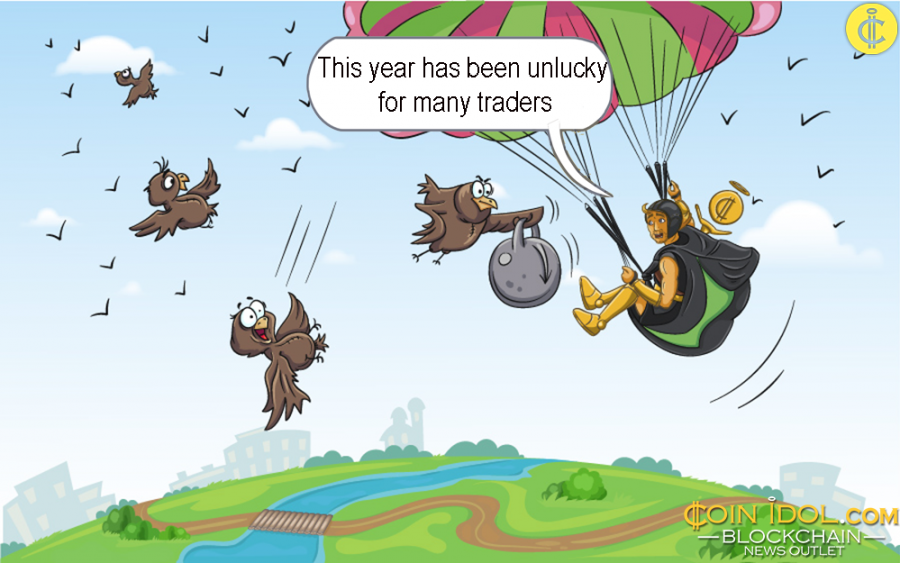 The past ten months disappointed many investors, who experienced a range of great losses due to the prolonged bearish market. Even the “hodl” strategy, that was so popular last year, has been proved to be a bad idea for anyone who invested a lot of money in altcoins.

This year has been unlucky for many traders. A quite wide range of altcoins has lost more than 50% from its all-time high (ATH). For example, Wanchain (WAN) is regarded as one of the most well-established virtual coins. Nevertheless, it has decreased by nearly 90% from ATH. According to Onchainfx, the coin will need to do a 10x to regain its previous value.

Some of the investors might suffer losses not from buying at the top, but from buying at what they considered to be the bottom. Basically, it seems that everyone has lost a part of investments.

As for major digital currencies, such as Bitcoin Cash and Ethereum, most traders did not buy them at their peak. For instance, any investor, who possessed BTC or BCH last year, would still have a profit of approximately 30%.

Market Cap Can Mislead an Investor

Market cap shows the number of coins currently in circulation multiplied by the price per coin. It is a highly uncertain means of measure, especially in a case of forks. Market caps of some cryptos such as Bitcoin Private and Bitcoin Diamond are based on the quantity of Bitcoin owners who might claim the forks in the future. Actually, a lot of holders see no point in such forks and have no intentions to buy them. That’s why true circulating supply and the market cap of these cryptocurrencies can draw up a much smaller number.

For example, Bitcoin Atom allegedly has a market cap of $4.67 million, while its 24-hour volume is nearly $15,000. Nevertheless, the price of the virtual coin has dropped 99.98% over a year, as Coincodex shows. IGNIS is one more example of a cryptocurrency with a presumably high market cap. With a market cap of $30 million, this digital currency went down 99.66% since the beginning of 2018.