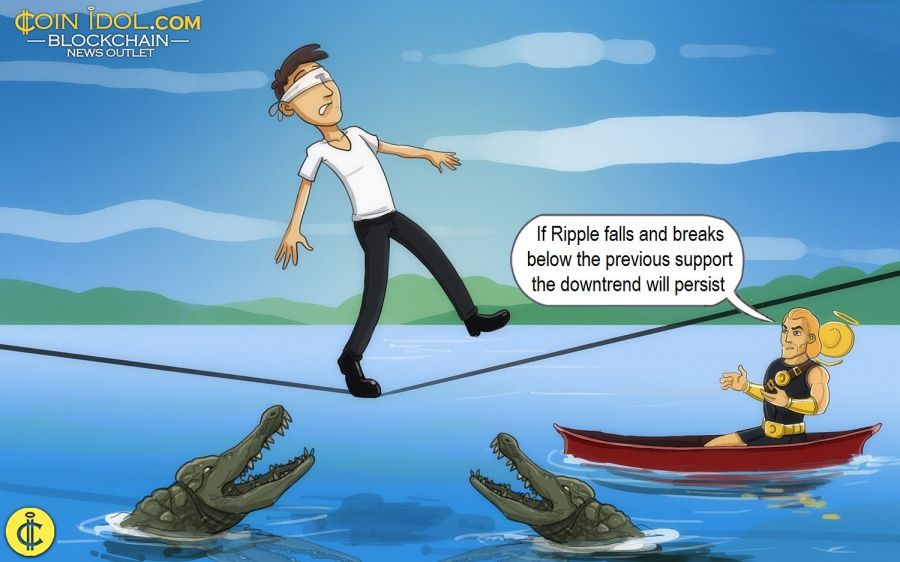 Ripple (XRP) has been battling with deeper correction after the breakdown to $0.18 low on December 28, 2020. At the beginning of 2021, Ripple price made an upward move.

Nonetheless, on January 1, XRP made an upward move to $0.25 which has ignited a further downward move. If Ripple falls and breaks below the previous support the downtrend will persist. XRP will drop to $0.10 low

The altcoin is trading at level 33 of the Relative Strength Index period 14. It indicates that the downtrend will continue on the downside. XRP will fall into the oversold region if it declines below level 30.

Consequently, buyers will emerge in the oversold region. The coin is in the bearish trend zone as it breaks below the SMAs. 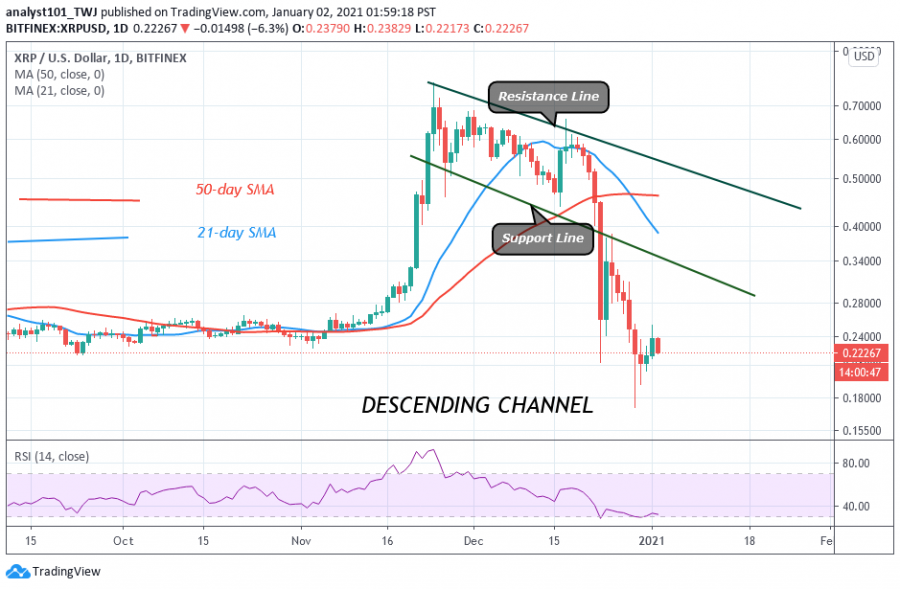 In its last downward move on December 29, XRP corrected upward which was repelled. The retraced candle body tested the 88.6 % Fibonacci retracement level.

The retracement implies that Ripple will fall to level 1.1189 Fibonacci extension or $0.11609 low. At this price level, the market will be in the oversold region suggesting buyers take control of prices. 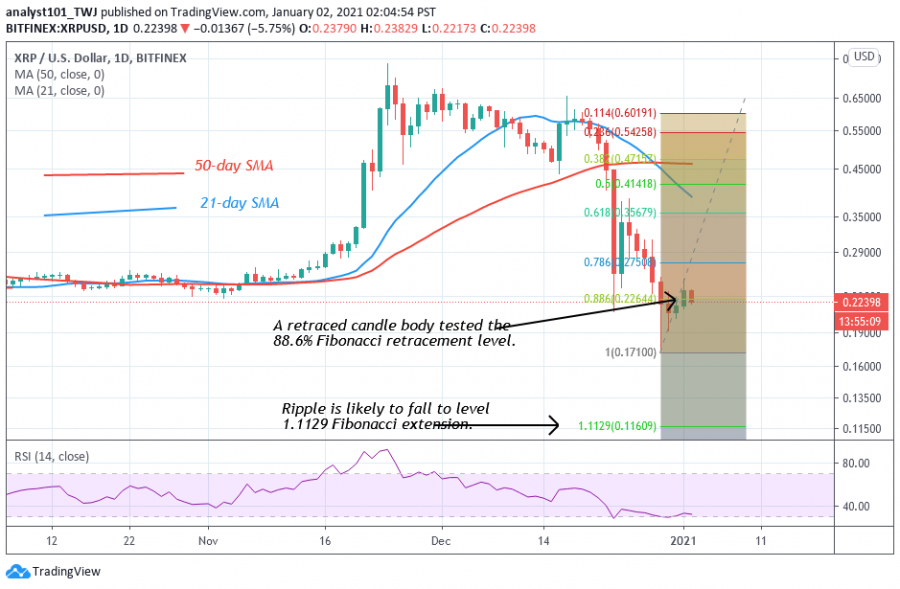 Disclaimer. This analysis and forecast are the personal opinions of the author and not a recommendation to buy or sell cryptocurrency and should not be viewed as an endorsement by CoinIdol. Readers should do their own research before investing

Tags
Ripple Correction Support Price Breakdown Capitalization Fibonacci Market Downtrend
Most Popular
May 07, 2021 at 12:43
News
Ripple Faces Stiff Resistance at $1.70 High as Bears Attempt to Sink XRP to $1.00 Low
May 07, 2021 at 10:39
News
Revolut Users Will Gain Stronger Control of Their Bitcoins with New Withdrawal Feature
May 07, 2021 at 09:27
News
Binance Coin Retraces to $600 Support and Resumes Upward Move, Further Upside Momentum Likely
May 06, 2021 at 12:32
News
Bitcoin Struggles to Sustain Above $58,000 Support, Lacks Buyers at Higher Price Levels
May 06, 2021 at 11:35
News
Ethereum Is Growing on a Wave of Investment
More