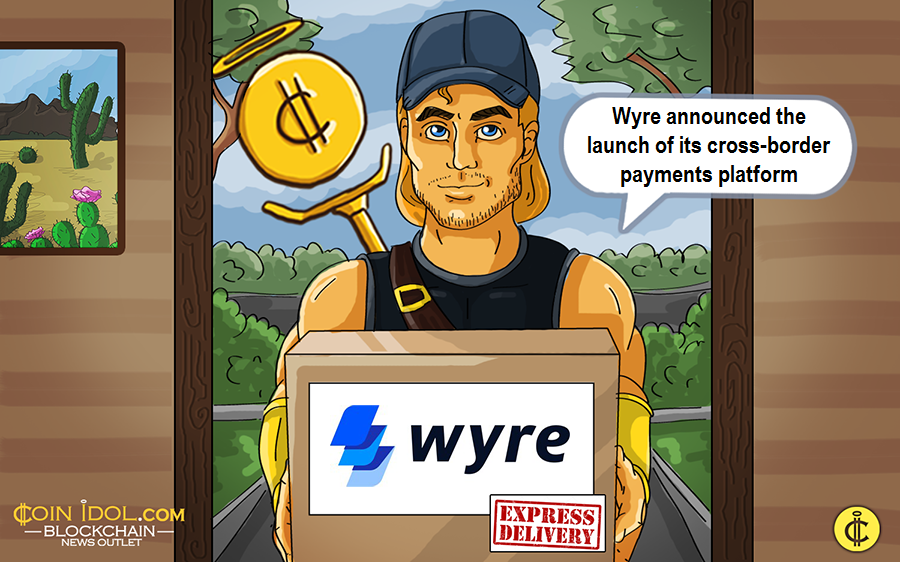 Wyre, a payments company that uses the blockchain to conduct transactions, has announced the launch of its cross-border payments platform also called Wyre.

According to the announcement, Wyre is the industry's fastest money transfer platform, enabling businesses to move money across borders from country-to-country at a competitive rate, usually at a rate between ~1 - 4.5% and in the shortest amount of time, typically in less than six hours, compared to the industry standard which is 24-72 hours.

Wyre acts as the intermediary between the more intimidating "blockchain" technology which some companies may not be familiar with, or are unsure how to get started in. It removes all the confusion from the learning curve and provides a simple, slick API for companies to get involved without needing to educate themselves on the nuances of this complex, new technology.

Today, Wyre also announced the closure of its Series A funding round with a $5.8 million investment led by Chinese venture capital firm Amphora Capital and with participation from two of the largest payments companies in China, 9fBank and Baofoo.com, along with Digital Currency Group, Draper Associates and other prominent Silicon Valley angel investors. At launch, Wyre's platform is available in the United States and China; the Series A round will help the company quickly expand to Europe and Latin America.

"It is estimated that the demand for cross-border payment from Chinese companies and investors could reach $1.5 trillion USD within the next five years. Wyre is well positioned as a market leader to facilitate those transactions faster and at a lower cost. We believe Wyre's cross-border technology will revolutionize global payment and remittance and have since made a sizable investment into the company."

Wyre processes more than $1M in international payments per day, experiences nearly 25% month-over-month growth and anticipates being one of the largest cross-border payment platforms within the next 12 months.