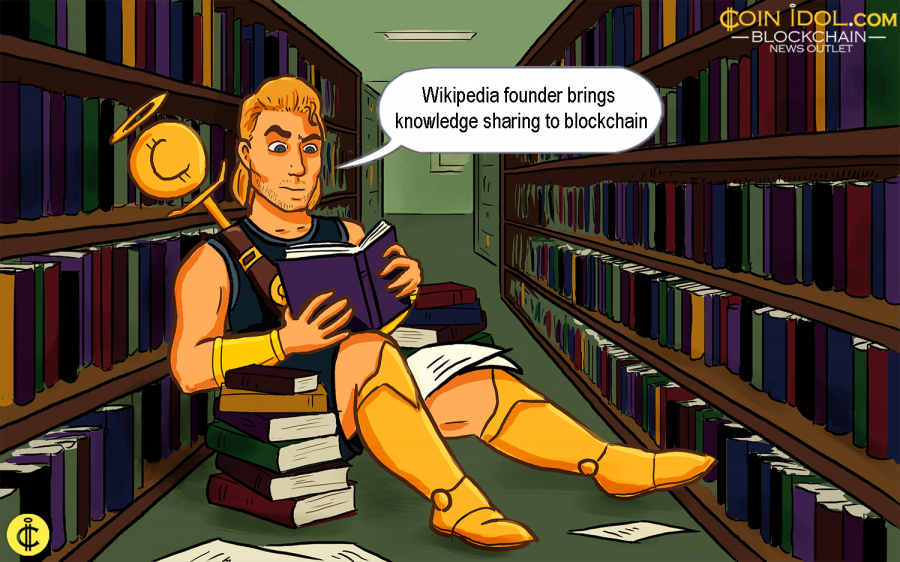 Larry Sanger, one of the founders of Wikipedia, has launched a new project called Everipedia. Everipedia is nearly like a Blockchain development of Wikipedia and targets to let sharing of knowledge to the Blockchain, via offering token as incentives to content creators. By forming an incentive system for content creators and all writers, Everipedia will be a more dependable and more resourceful option to Wikipedia.

Wikipedia faces a problem of its articles being hacked or changed, not just as a joke, but on some occasions in the pursuit of giving out false information. However, Everipedia should bring about a more honest climate, via a token incentive scheme that motivates writers to construct decent and legitimate material, and if they do so, they will essentially get paid. Everipedia will make content and stories more easily authenticated.

Everipedia exists with its native token called IQ, that is made on the EOS. According to ICO examiner:

“Contributors to Everipedia are rewarded with IQ tokens for both contributing content and for curating – either editing or correcting – content that has already been submitted to the platform. ‘These tokens entitle the token holder to governance and voting rights within the network, essentially making every editor a stakeholder in the network’ its press release states. Over six million English-language articles have already been submitted to the blockchain-based online encyclopedia which, the Everipedia project team claim, means that its new platform has now already exceeded the equivalent number on Wikipedia.”

This is such an important example of how Blockchain can ameliorate transparency, but erasing a venue for false information sharing.guaranteeing that its content is both 100% unique and legitimate. Everipedia is still in its early stages of development, even though it is hoped to turn into a new giant leader for information sharing in the world. Wikipedia now has an incessant competitor, one founded by one of its own great founders. It's so far a mega family feud, all in the journey of tidying up appearances.