Why South Korea will be the leading Bitcoin Country in 2017 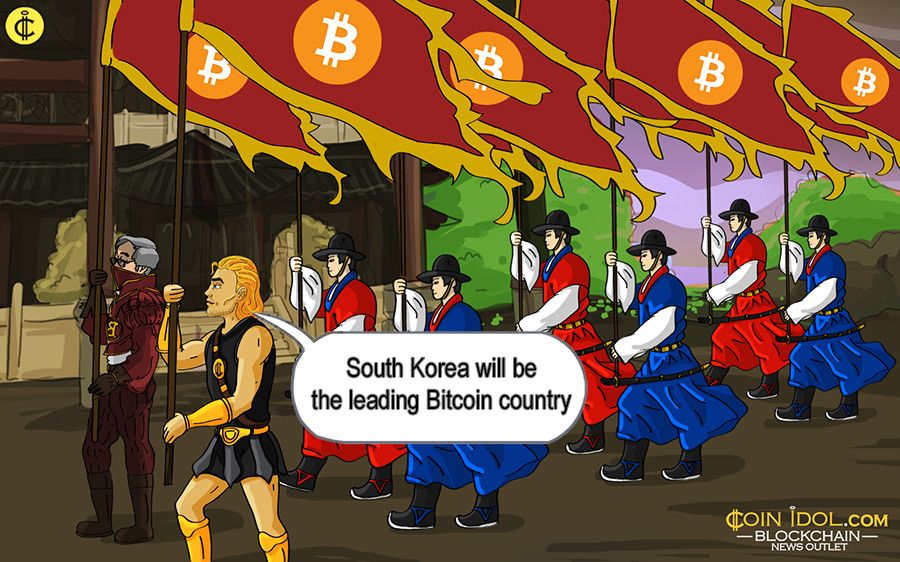 The factors which favours Bitcoin activities and development

Good government policies and an already developed infrastructure, especially those for communications, are some of the incentives for the reign of Bitcoin. Coinidol.com spoke to Mic Kimani, CEO at Umati Blockchain Ltd, a blockchain startup in Nairobi Kenya, about what he thinks the factors are which could have favored South Korea as a destination for bitcoins. He replied:

“Bitcoin is not issued by governments, central banks or anyone else for that matter. This is one way it is different from other currencies you are familiar with. The process by which bitcoins come about is by a technically complex process that computer experts agree is pretty amazing. South Korea seems to be possessing a good deal of resources and market to facilitate these processes.”

How popular is Bitcoin currently in South Korea?

China and the United States have very high numbers of companies involved in Bitcoin. Coinidol.com spoke to Kangmo Kim, founder and CEO at ScaleChain.io, a customizable blockchain implementation for private blockchains, about how he could project the level of popularity of Bitcoin in South Korea, he responded in a statement saying:

“About the usage of Bitcoin: In Korea, you can buy and sell stocks by using Bitcoin at Daishin Securities. Also, you can convert your credit card points to Bitcoin at Shinhan card. You can also use Korbit's remittance service to transfer money from Korea to 30 countries. About investment on Bitcoin: Korbit was the first bitcoin exchange in Korea. Many people bought Bitcoins there and some of them made money. As well as Bitcoin, you can trade other currencies such as Ethereum, ZCash.”

Which other countries might easily outcompete South Korea in terms of bitcoin popularity and level of usage?

There are a couple of countries which have also embraced bitcoin and made it popular. Coinidol.com spoke to Deepak Bharadwaz, Market Data Analyst at IHB and Bitcoin IRA, about which country he thinks could be the most popular in terms of Bitcoin presence. He responded in a statement saying:

“South Korea has the fifth highest Bitcoin trading volume amongst currencies. However, Japan is the forerunner when it comes to Bitcoin adoption and popularity in recent times. BTCJPY trading pair has captured the volume void left by Chinese exchanges due to the ban on withdrawals and slowly gained its position in Top 4 currencies by Bitcoin trading volume.”

Tags
Bitcoin South Korea Korea Development Internet Coinidol Trading Blockchain Volume Card
Most Popular
May 12, 2021 at 15:03
News
Cardano Consolidates Below Recent High as Bulls Attempt to Breach $1.80 Resistance
May 12, 2021 at 14:03
News
Most African Countries Cannot Access Akoin. How True is the One Africa, One Koin Sentiment?
May 12, 2021 at 14:00
PR
Spring and Bondly NFT Partnership Unlocks Digital Potential for Creator Economy
May 12, 2021 at 12:59
News
Bitcoin Cash in Sideways Move, Battles Resistance at $1,600
May 12, 2021 at 11:26
PR
XRP is Back on Track on Phemex
More