Bitcoin Price Close to $3,400: Where is the End of the Bearish Trend? 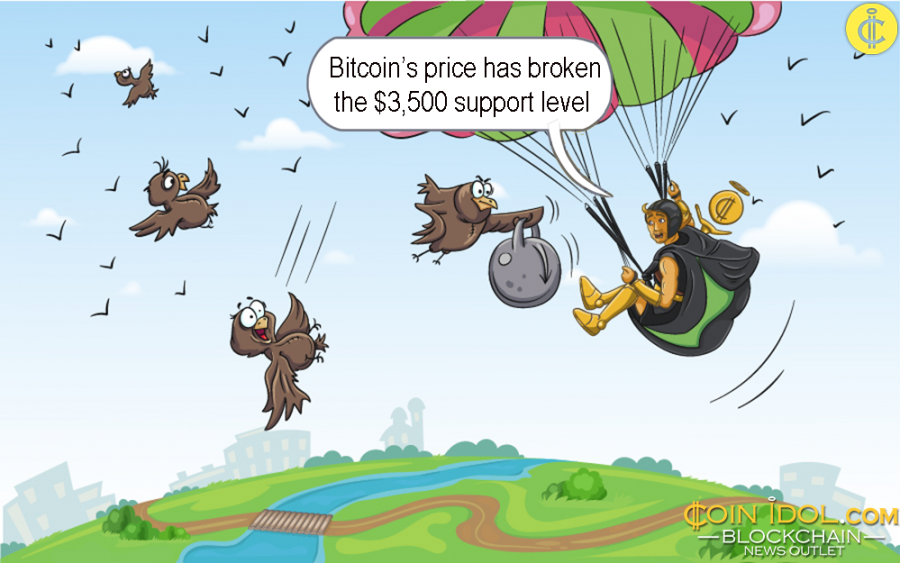 For the first time in 2019, Bitcoin’s (BTC) price has broken the $3,500 support level downwards laying a platform for talks and analysis of a new 12-month (annual) low in the coming days. Bitcoin has been struggling just above $3,500 for some good period of time since it corrected from a rapid increase over the $4,000 recently.

Cryptocurrency analysts believe that the surprise price plunge has more to do with technical factors rather than cardinal and fundamental factors.

Cryptocurrency trader Josh Rager reacted to the BTC collapse saying that the plunge below $3,400 after relative stability shows a potential fall to a 12-month low. He revealed: 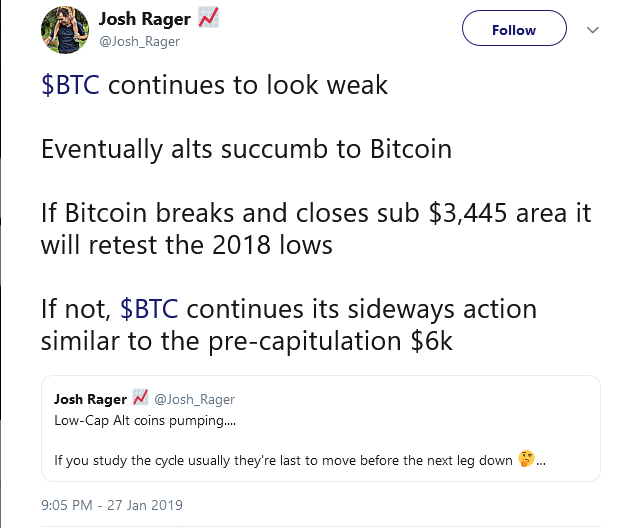 In most cases, low prices normally pull in miners and investors to generate coins which could result in a mid-term rebound. Though Alex Krüger, a luminary economist and cryptoasset analyst has subjugated that belief elaborating that amassing BTC won’t inevitably increase prices in future. 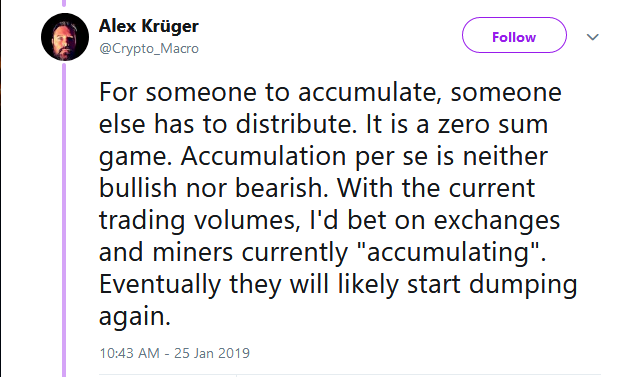 BTC dominance is still over ½ of the whole digital currency market at around 53.4% which shows that it still shapes the entire cryptoasset market.

However, a crypto trader & highly respected ‘master of the charts’ has warned that if BTC proceeds towards $3,000, then it could spell a time of reckoning for the digital currency. Bitcoin hit an annual low of $3,150 last year in December before a noteworthy rally which pushed it above $4,000 in January 2019. 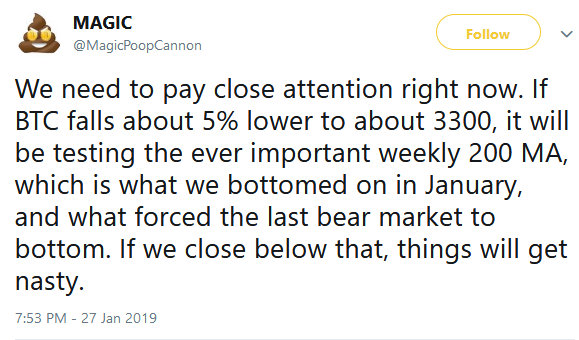 Also, Bitcoin SV,  which traditionally traded inversely with Bitcoin, failed to repeat its previous behaviour, dropping 9% to around $66.80 — a 60-day low.