Walmart Plans to Make Blockchain-based Drones the Future of Delivery 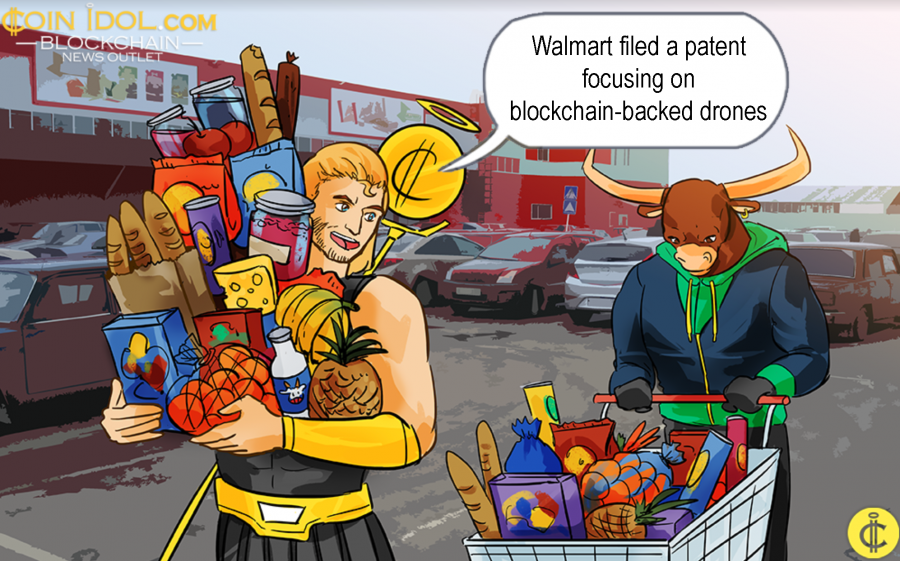 Walmart Inc., the American based and world’s biggest firm by revenue, at around $514.405 billion this year, filed a patent focusing on blockchain-backed drones. The company is highly interested and able to participate in innovative technologies including cryptocurrency and distributed ledger tech (DLT).

In the first month of this year, Walmart filed for an application that was dubbed “Cloning Drones Using DLT” with the US Patent & Trademark Office issuing the patent at the beginning of this month. At was on that same day, when the patent about the UAV based on DLT coordination network was issued as Walmart’s cryptoasset patent application.

Walmart and Amazon Delve into Blockchain

This application isn’t the first major venture by Walmart into DLT-backed drone technology. For example, back in 2017, the US multinational retail company with over 11,390 store and clubs in over 26 nations operating under various names, sought a patent for DLT-powered drone package delivery network, and many other important applications. 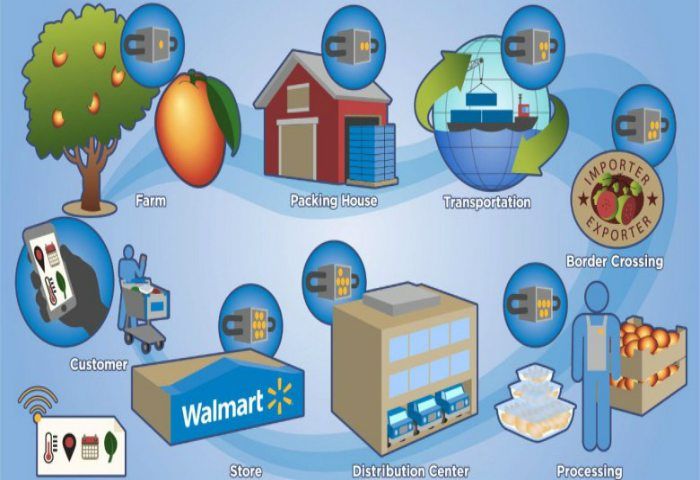 Last month, Walmart revealed its plans of using blockchain and DLT to solve most of the package delivery snags. Drones are more likely to become a future of delivery. An American transnational tech firm Amazon is also planning to use drones in future deliveries, I fact, it has already submitted an FAA approval to function as a part 135 unmanned aerial vehicle (UAV) to carry out commercial drone deliveries in the US. Amazon is also considering using blockchain-based systems in e-commerce, artificial intelligence, cloud computing and digital streaming. At the beginning of this week, Amazon Web Services (AWS) declared its intention of effectively integrating its Managed DLT system with CloudFormation.

Per the filed patent, the blockchain will be applied to convey information such as drone ID numbers, battery info, flight velocities, loading capacity, flight heights, etc. to fellow drones. The info can then be shared depending on the transitional distance and location between these blockchain-powered drones.

As per the patent, the benefit of these futuristic technologies particularly blockchain, is in information integrity. A DLT-backed system has the ability to store any type of data which may be kept in any other medium or layout, for instance, a big list of guidelines of various forms, navigational data, plus maps. Just like that, an identical software profile can be used across the emulated drones.

A lot of people participating in this nascent industry, were surprisingly trapped by Walmart’s massive curiosity in innovative novelties especially blockchain at the beginning of this month following a patent publication for a digital asset not unlike Libra, a cryptocurrency created by the US-based and world’s leading IT giants Facebook.