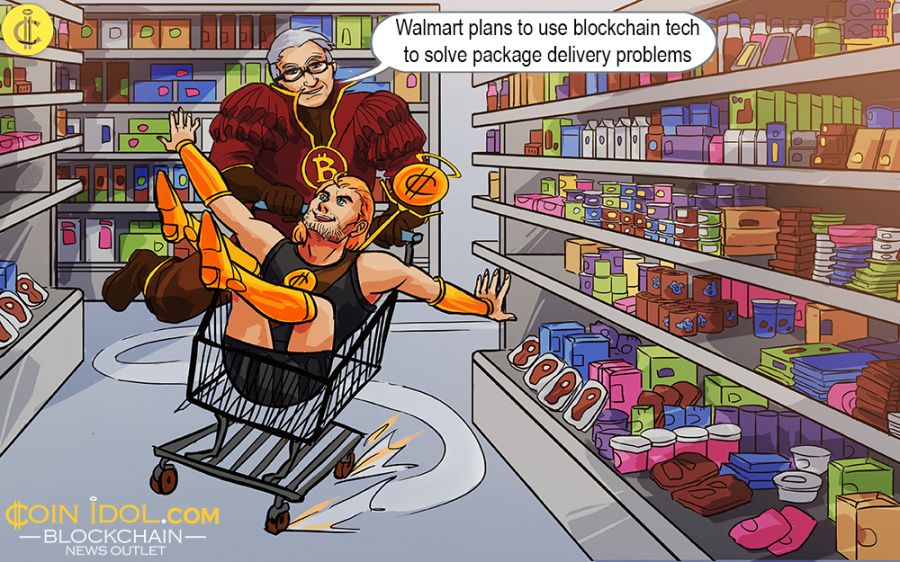 As delivery is one of the most perturbing issues of online retail, Walmart is planning to solve the enigma one blockchain patent as per now. The Bentonville, Arkansas-headquartered big-box retailer was heavily awarded a patent on July 5 detailing an invention looking on the delivery of all packages plus scheduling the delivery of these great packages. Dubbed "Delivery Reservation Apparatus and Method" the patent that was filed early 2017 points at delivery hubs that use a public ledger to ascertain effectual capacity and create reservations.

Capacity Reservation At The Delivery Hub

All available information pertaining the locker that is available or reserved is fully recorded on a public ledger. And once demand for reservations arises,  the public ledger is properly ascertained with the aim of finding if there's adequate capacity available. And if there is, a legal contract is immediately made soliciting to reserve capacity and then the public ledger is then thoroughly updated to show this kind of development.

To fully utilize a blockchain reservation system,  every delivery hub or docking station is fundamentally a node within a big blockchain network.

The patent application number 62441705 that names Todd Mattingly and Bruce Wilkinson as the inventors reads that:

"Updates to the blockchain may comprise transfer of capacity units into and out of the public ledger and one or more nodes on the system may be configured to incorporate one or more updates into blocks to add to the distributed database."

Retailers Or Courier to Face A Big Challenge

While filing the patent, Walmart proclaimed that online retail gives clients convenience due to the fact that purchases are directly delivered to them instead of customers traveling to buy them from the store, though it gives much hustle to the courier or retailer. To a larger extent, it is in deliveries where it's a must to give a signature as scheduling a time that is expedient for both the recipient and the courier might be like climbing a mountain.

The recipient can suggest an alternative station that is convenient for him/her where the package could be delivered by the courier or retailer but this brings another mega difficulty as the package could be placed in an insecure area or exposed to foreign elements hence risking damage or theft.

One more patent targeting on delivery that Walmart has filed in past imaginations applying blockchain technology to fully track shipments through drones. The retail has been also greatly awarded blockchain-related patents for various inventions that are unrelated to delivery.

Last month, the big-box retailer was given a patent that fully detailed a method of keeping medical records securely on blockchain and easily accessing them when the need arises. In June still, Walmart was also given a patent depicting an electrical grid that is powered by Bitcoin and other cryptos.