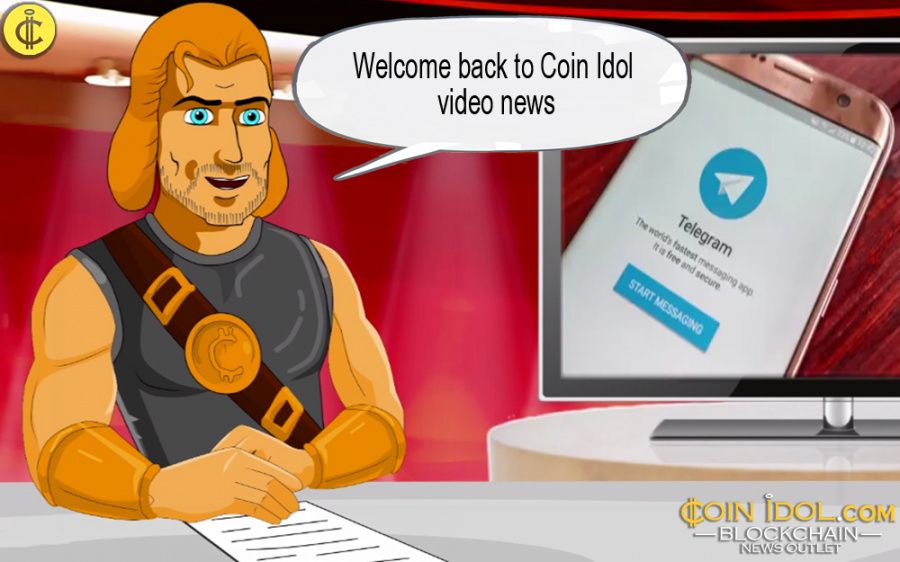 Coin Idol TV news channel broadcasts the most interesting news of the weekend. Today, we will cover the following topics: having collected $1.7 billion in pre-sale, Telegram cancels its public ICO, bitcoin news: three factors that may influence the growth of bitcoin, smart bitcoin banknotes were launched with a pilot in a Singaporean mall, Richard Branson warns against fake scam stories, South Korea to Ease Regulations on Cryptocurrency.

Having Collected $1.7 Billion in Pre-Sale, Telegram Cancels Its Public ICO

Famous instant messaging service Telegram has decided to change its plans for launching a public ICO to fund the development of its “third-generation blockchain”. The move comes after the company gained $1.7 billion, as the Wall Street Journal (WSJ) reported on May 2.

Telegram cancels the launch of a public ICO to attract funding for the creation of the Telegram Open Network (TON) powered by the blockchain technology behind cryptocurrencies such as bitcoin and litecoin.

There is a large difficulty in finding any information on the virtual coins sale arranged by Telegram. Even potential investors have failed to get from Telegram specifications about the fundraiser and the distributions of raised money. The company still has given no comments on its new financial technology publicly.

Bitcoin News: Three Factors that May Influence the Growth of Bitcoin

Bitcoin is regarded as the most popular cryptocurrency powered by blockchain technology today. Its value fluctuations raise a lot of attention on the world’s financial market. During the last seven days, the bitcoin price has stabilized at a mark of around $9,000, gaining almost %1.54.

First of all, the price of bitcoin is influenced by two main indexes which are higher adoption rates of bitcoin as a store of value and as a medium of exchange. That ensures the safety of the fintech infrastructure. Secondly, the inflow of institutional money into crypto index funds will also have a positive impact on the value of the digital currency. Finally, the third thing that can help boost bitcoin is the proliferation of crypto-related exchange-traded funds (ETFs).

As bitcoin has gained wide acceptance around the world, a Singaporean startup firm Tangem announced the start of its bitcoin banknotes sale on Thursday. The physical banknotes corresponding to virtual coins can be purchased in denominations of 0.01 and 0.05 BTC at the Suntech City shopping centre.

Each note contains an S3D350A chip which is entrusted to be manufactured to one of the largest technology company on the financial market Samsung based in Seoul, South Korea. Such a fintech banknote represents a set value of 0.01 or 0.05 BTC and can be handed over as traditional paper money. In fact, it can be considered as a self-contained wallet containing an own private key powered by blockchain technology.

Richard Branson, Chief Executive Officer of Virgin Group has warned the public using his twitter handle and official Virgin website against the dangers of fake bitcoin scams. According to his current blog post "Beware of fake bitcoin scam stories," he expresses his interest in bitcoin scam fairytales especially those involving his name.

Some of the most common scams and  ways in which they can be avoided include:- Hardware wallet theft - they can be avoided by only allowing wallets that are from the trusted sources; Exchange scams - users should check exchange's URLs and their web addresses should always start with HTTPS, a sign that means that traffic is encrypted; Fake ICOs - close research that includes picking apart the white paper, reviewing the team behind the venture plus the important board members or investors; Cloud Mining Schemes - always look into all opportunities and understand the costs and risks associated with mining before investing; Multi-Level Marketing - its essential to pay attention to a company's fine print and ensure that their claims are real and visible.

As South Korea was one of the largest cryptocurrency markets, such a regulatory softening might stimulate the overall growth of the industry. We might even see an increase of cryptocurrency price as demand for it will most likely grow after the regulatory framework has become more friendly towards exchanges and trading.