Having Collected $1.7 Billion in Pre-Sale, Telegram Cancels Its Public ICO 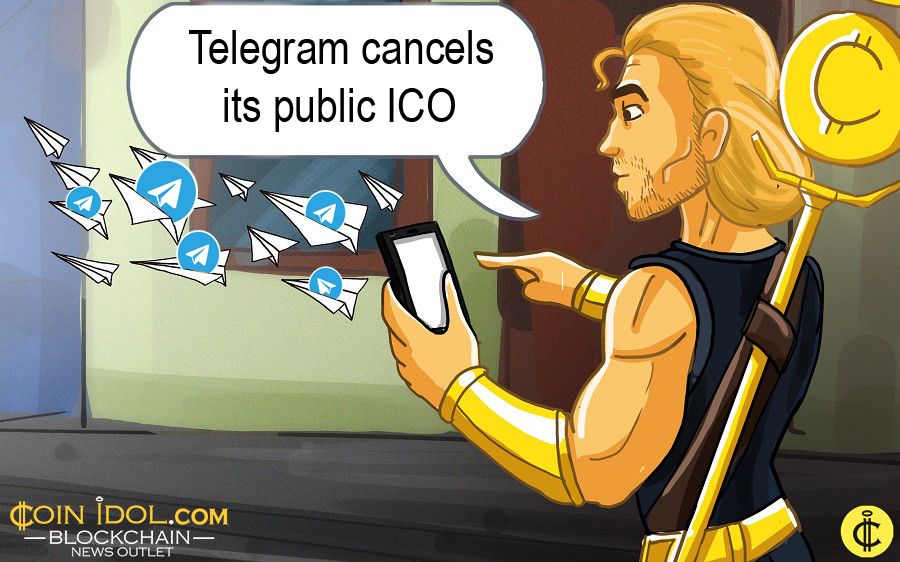 Famous instant messaging service Telegram has decided to change its plans for launching a public ICO to fund the development of its “third-generation blockchain”. The move comes after the company gained $1.7 billion, as the Wall Street Journal (WSJ) reported on May 2.

Anonymous messenger Telegram cancels the launch of a public ICO to attract funding for the creation of the Telegram Open Network (TON) powered by the blockchain technology behind cryptocurrencies such as bitcoin and litecoin. WSJ reports with a reference to its sources that Pavel Durov, the founder of Telegram, is satisfied with the $1.7 billion attracted for the TON project, preferring not to face operational and regulatory difficulties inherent in public fundraising.

According to the WSJ, the fintech project TON has been titled the next “Visa/MasterCard alternative for a new decentralized economy”, as the company revealed in a report on its plans.

There is a large difficulty in finding any information on the virtual coins sale arranged by Telegram. Even potential investors have failed to get from Telegram specifications about the fundraiser and the distributions of raised money. The company still has given no comments on its new financial technology publicly.

According to Securities and Exchange Commission (SEC) documents, however, Telegram conducted two funding rounds in the period from January to March, with $850 million raised each time. The digital currency sale was restricted to high-ranked representatives of the financial market who had undergone accreditation, thus, less than 200 investors took part.