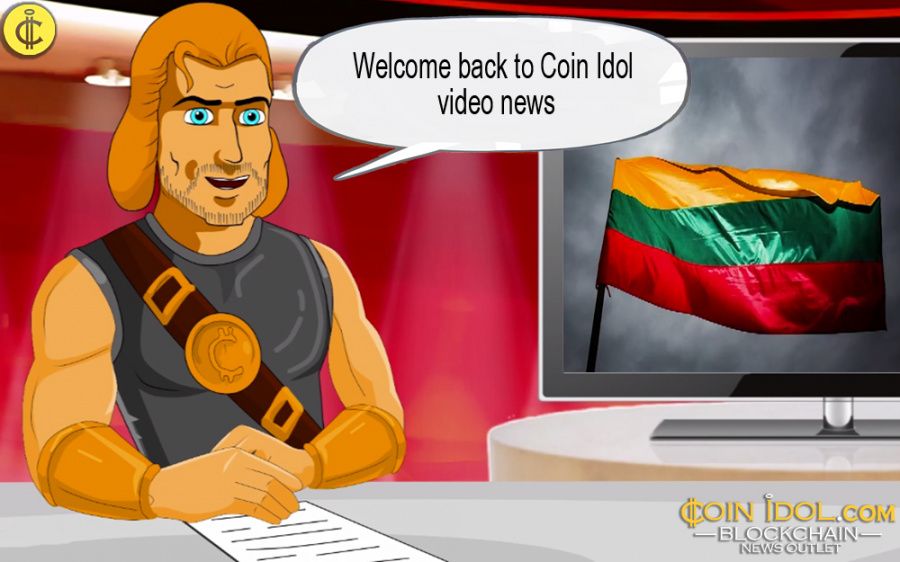 The National Aeronautics and Space Administration (NASA) in collaboration with the research University of Akron (UA) in Ohio, USA, just commenced a new research program that will investigate practical applications of Ethereum-based blockchain technology for space communication and navigation.

Cryptocurrency exchange Kraken, with headquarters in San Francisco, announced on Tuesday, April 17, that it has stopped its activity on the Japanese financial market because of the high operation cost there. However, the company hinted it could come back, with Japan being one of the world’s biggest bitcoin trading centres.

The released statement explained that only those who currently live in Japan will be affected by this update. Japanese citizens or companies operating outside the borders of the country will have no problems using the fintech platform.

Virtual Limited Liability Companies (VLLCs) working on blockchain technology will be launched in Lithuania. The country considers the possibility of allowing entities from different parts of the world to register and operate their fintech companies there. A draft has been already processed by the Lithuanian Centre of Registers.

Such blockchain-based VLLCs will get an opportunity in an environment that looks like a sandbox that ensures freedom of action and guarantees the security of each foundation related to the financial technology. Furthermore, all companies can be remotely managed, as every transaction will be conducted via the blockchain tech behind cryptocurrencies.

IMF Chief Christine Lagarde Has Supported the Implementation of Cryptocurrency

Fluctuations in the cryptocurrency market continue to happen. Bitcoin’s price, as well as other cryptocurrency prices, have recently increased. The move is seen as a result of IMF boss Christine Lagarde’s new perspective on the blockchain technology behind digital currencies.

The head of the International Monetary Fund (IMF), Christine Lagarde, who earlier stated crypto coins were dangerous, as they can be used for money laundering or terrorist financing, softened her position. In her blog on the official website of the IMF, she expressed confidence in the benefits of trading coins and the prospects of blockchain technology. Christine Lagarde also noted that the financial technology enabled a quick and cheap transfer of any amount of money and foreign transfers could be conducted in seconds.

Tags
Cryptocurrency Blockchain Research Companies Market April Kraken Lithuania Video NASA
Most Popular
May 17, 2021 at 14:24
News
Ethereum Risks Further Decline If it Loses $3,200 Support
May 17, 2021 at 13:08
News
PACT Token Keeps It Going: A New Giveaway for USDT 6,000 on 27 May
May 17, 2021 at 12:15
News
Bitcoin in a Deeper Correction as Price Fluctuates
May 17, 2021 at 10:08
News
Elon Musk Should Know that Bitcoin Mining has Nothing to Do With the Environment
May 16, 2021 at 11:30
News
3 Reasons Why Payment Service Platforms Switch to Blockchain, Facilitating the Adoption of the Tech
More