IMF chief Christine Lagarde Has Supported the Implementation of Cryptocurrency 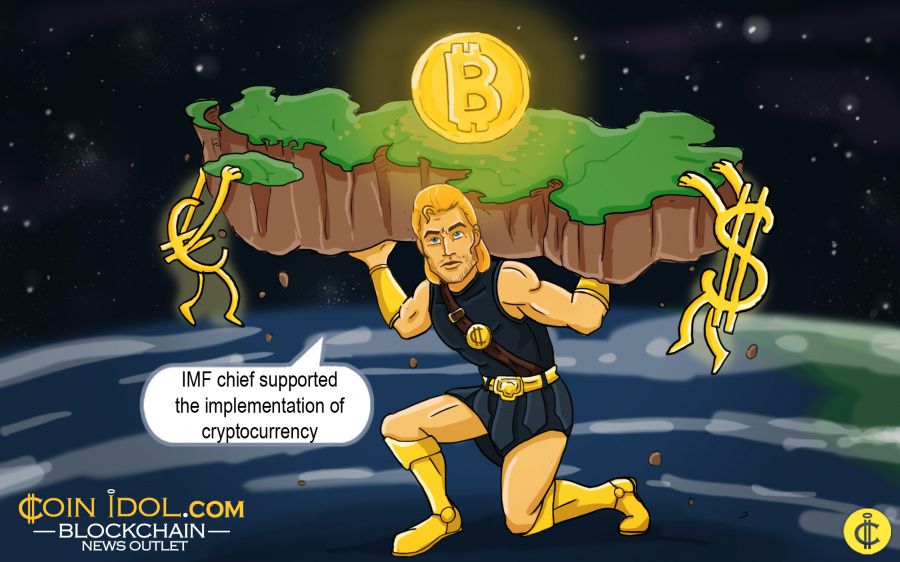 Fluctuations in the cryptocurrency market continue to happen. Bitcoin’s price, as well as other cryptocurrency prices, have recently increased. The move is seen as a result of IMF boss Christine Lagarde’s new perspective on the blockchain technology behind digital currencies.

“Just as a few technologies that emerged from the dot-com era have transformed our lives, the crypto assets that survive could have a significant impact on how we save, invest and pay our bills,” Ms Lagarde wrote in the blog post.

The head of the International Monetary Fund (IMF), Christine Lagarde, who earlier stated crypto coins were dangerous, as they can be used for money laundering or terrorist financing, softened her position. In her blog on the official website of the IMF, she expressed confidence in the benefits of trading coins and the prospects of blockchain technology. Christine Lagarde also noted that the financial technology enabled a quick and cheap transfer of any amount of money and foreign transfers could be conducted in seconds.

It is interesting to notice that the participants of the crypto market now approve the incentive of introducing reasonable regulation. In particular, the head of regulatory relations at Ripple, the company issuing the crypto coin with the same name, Ryan Zagone, urged British regulators to find a balance between "controlling risks and stimulating innovation." For legislators, he outlined three fundamental factors aimed at government regulation: consumer protection, anti-money laundering policy, and financial stability.

“We’re at that time now where we need more clarity and rules and we need more certainty. It’s a good time to start revisiting that ‘wait and see’ ­approach taken by regulators,” he said.

However, there are a lot of people who remain skeptical towards fintech trends. Nobel Prize-winning economist Robert Shiller considers virtual coins, including bitcoin, litecoin, and ethereum, more like a psychological experiment than a serious investment.

"I'm interested in bitcoin as a sort of bubble. It doesn't mean that it will disappear, that it'll burst forever. It may be with us for a while," Robert Shiller, professor of economics at Yale University and co-founder of the Case-Shiller Index, told CNBC.