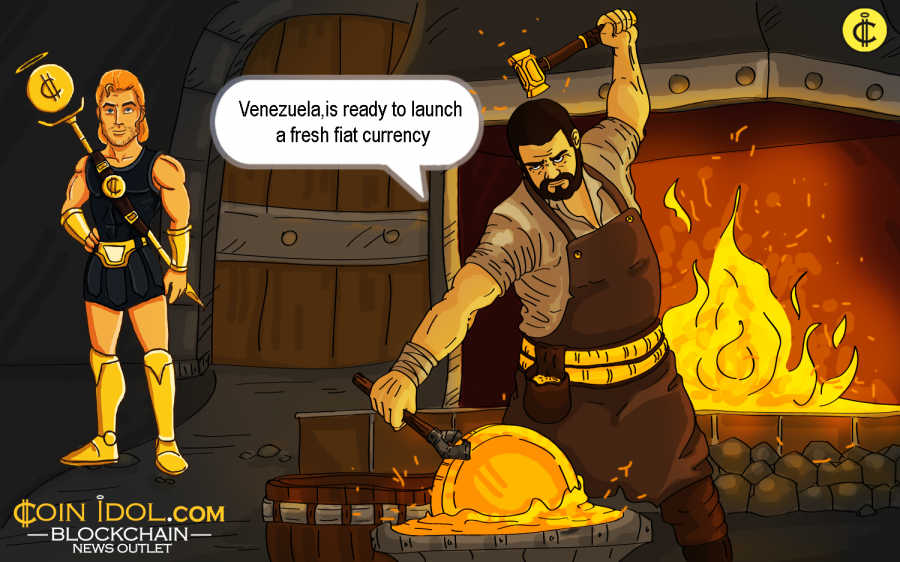 Venezuela, a nation fighting one of the largest economic recessions, is ready to launch a fresh fiat currency linked to its oil-backed 'petro' virtual currency in October, according to what President Nicolas Maduro has said.

“The economic reconversion will start on August 20 definitively with the circulation and issuance of the new Sovereign Bolivar, the new monetary cone that is going to have a new method of anchoring the petro.”

The Struggle to Prevent Inflation

According to different reports, the attempt is being made to stop Venezuela's inflation rate from reaching 1,000,000%, a figure it's anticipated to hit this year. The country's economy has steadily stumbling after 2014 oil price crash, that completely left it not able to continue offering impressive subsidies. In June this year, its yearly inflation reached 46,000%.

From the International Monetary Fund (IMF), the inflation of Venezuela will drive its economic crisis to a level like that of Germany in the 1920s and Zimbabwe in the 2000s. Nicolas' Bolivar Soberano, is ready to "stabilize and positively change the monetary and financial life of Venezuela in a more radical way."

The government says its financial condition stemmed from an 'economic war' that its opposition, supported by Washington, levied against it. The U.S has put sanctions on Venezuela, and Donald Trump prohibited U.S citizens from investing in Petro.

According to Venezuela, President Trump's move was free publicity which doubled the total number of willing investors. A lot of critics have indicated Petro faces a challenge of poor credibility since the government didn't handle Bolivar properly.

In April this year, the country noted that the Petro's effect would be observed in 3 to 6 months and now claims "it will conclude being consolidated technologically and financially." President Nicolas added that his government has the "right vision of what the economic future in the country should be."

Meanwhilst, the minimum wage in Venezuela has declined to just over $1 a month, leaving the citizens hustling to obtain food and basic health care. The condition has turned so terrible and awful that, a Venezuelan Redditor purchased 400 kgs of food at 90.1 NANO (approx $208).

Venezuela's government has also said that it is considering financing villas for the homeless with the help of the Petro after a big plan to sell its oil to India at a big discount using the Crypto failed since India rejected to pay using the Crypto token.