The USA Aims at Defeating China's Hegemony in Cryptocurrency Mining 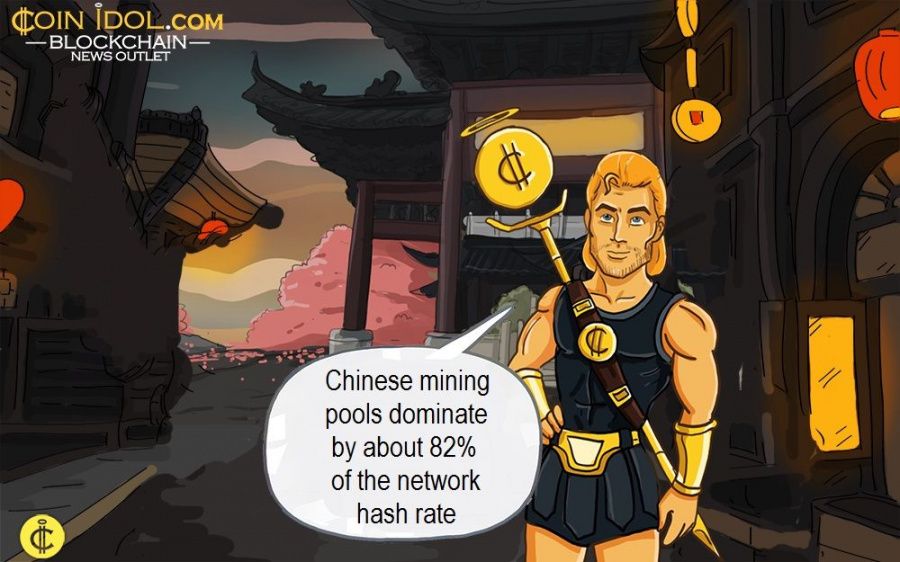 The United States mining pools are building their capacity to defeat China's hegemony in cryptocurrency mining.

For the last one decade, the mining centralization in China has been one of Bitcoin’s main concerns. So far, there are over 30 giant mining pools in the country. Based on the percent of hash power that is controlled by a mining pool, as well as the place where that pool is located, it is projected that Chinese mining pools dominate by about 82% of the network hash rate. They are followed by Czech Republic with 10%, Iceland 2%, Japan 2%, Georgia 2% and Russia that control just 1%.

However, most of the mining pools have servers in different parts of the world, so their location is not a big matter, a miner can connect to a pool’s server from any country that allows the operations of that company.

In the US, there are states that offer cheap conditions favorable for mining to take place. Some of these states include Louisiana (Pelican State), the place that has some of the lowest power rates in the country, according to the study done by Crescent Electric.

The average rate for mining 1BTC is about $3,224 which is less than $280 that of Arkansas (which is in the 5th position); Tennessee is in second place, followed by Washington and then Idaho. In mining, the location matters a lot.

For instance, there are places in the US where mining is very expensive and miners who have carried out businesses in these areas have incurred a lot of operational expenses hence making fewer profits. Some of these places include New Hampshire, Alaska, Massachusetts, Hawaii and Connecticut. Take an example of Alaska, to mine 1BTC you need a price of $9,500 (which is about 3 times that of Louisiana).

First ever enterprise-grade crypto mining pool in the USA

So in an attempt to end China’s mining hegemony, BTC mining pools are developing new tools to ease and make the mining business cheap.

The mining software firm Titan, based in North America, has unveiled a new “enterprise-grade” crypto mining pool that will help in extracting BTC on a large scale. The aim is to equip Americans with the necessary mining equipment and tools so as to outcompete China.

As the price of Bitcoin continues to skyrocket, cryptocurrency adoption is gaining momentum. Its supply has to increase in the market since its demand is also high. Titan’s pool denotes an upward effort on the side of American firms to reverse the trend of events.

The two countries are competing against each other to see who will launch a central bank digital currency (CBDC) first. As CoinIdol, a world blockchain news outlet, previously reported, China wants to issue its own state-backed digital currency dubbed the digital yuan, while the US plans on launching the digital dollar.

Generally, the US wants to remain dominant in almost everything including being powerful in the blockchain and cryptocurrency industry.

As crypto miners are always seeking for more stability, cheap electricity and low hosting costs the US is trying to provide these factors so as it can become more competitive, friendly and cheaper than the Chinese options.

In addition to massive hydro generation infrastructures, the US is setting up renewable energy structures on a large scale to enable the miners utilize cheaper power. The country is now at the front position of energy innovation. For instance, there is a wind-powered mining operation located in West Texas that is supported by an investor Peter Andreas Thiel. All these are done to bring down the cost of power.

The US is also introducing hybrid power facility options. Some companies have shown a recipe of energy innovation and smart investing, for instance, early this year, a natural gas power plant located in New York called Greenidge Generation was changed into a giant cryptocurrency mining structure. The company now mines $50,000 worth of BTC daily.

The mining community in the US wants to decentralize this business so they can increase the geographical spread of mining – the mining firms want to sell some shares to the individuals. Also, the USA could surpass China in this immature sector due to the geopolitical implication.

If the US continues on this trajectory, it will definitely defeat China. However, the US has to set up more mining infrastructures and also address the issue of regulation if it wants to race smoothly and achieve real growth in mining.