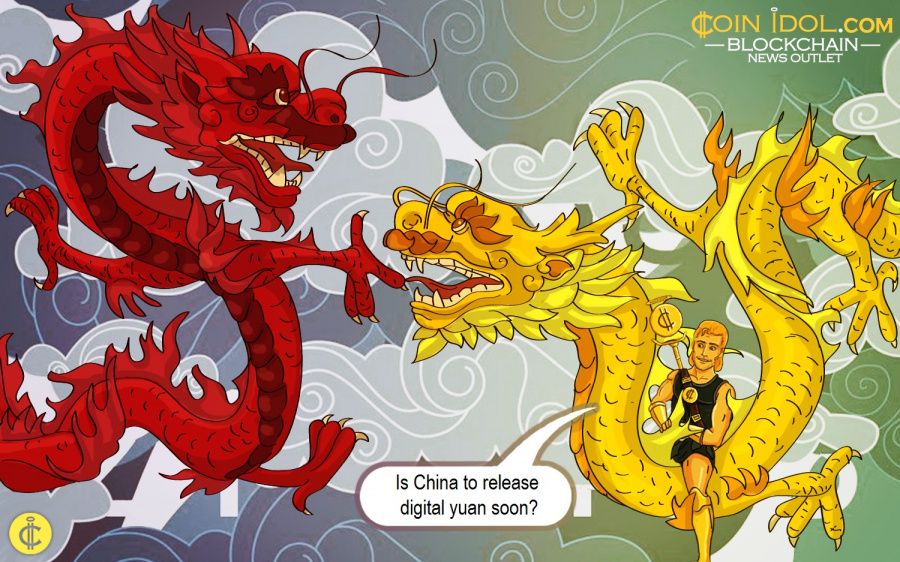 As the idea of issuing the Central Bank Digital Currency (CBDC) is gaining traction worldwide, China makes practical steps to make their digital yuan release closer. Now, the country is going to expand its trials to test the CBDC potential on a larger scale.

CoinIdol, a world blockchain news outlet, has reported the start of the first digital yuan trials back in spring 2020. Initially, it covered four locations across the country: the cities of Chengdu, Suzhou, Shenzhen, and Xiong'An. It included major commercial banks of the country as well as some well-known global brands such as McDonald’s and Starbucks.

Now, as the Wall Street Journal reports, the People’s Bank of China (PBoC) plans on expanding the pilot’s area to the country’s major cities and provinces including Beijing, the provinces of Tianjin and Hebei, the Yangtze River Delta region, and the Guangdong-Hong Kong-Macao Greater Bay Area.

Ongoing rivalry between the US and China

The launch of the digital yuan will ensure a significant upgrade of the Chinese economy, possibly giving it a chance to overcome its long-standing rival, the US. Ever since the start of Donald Trump’s presidency, both countries have been making their best efforts to outcompete each other in various fields including tech and economy.

Recently, to ensure itself as a leading force in technology, China launched the Blockchain-based Service Network aimed at becoming the international public network similar to the Internet. This network is going to strengthen China’s leading position as a tech giant, thus making it possible to build an Internet network that is independent of the US. Curiously enough, the Communist Republic involved some of the US biggest brands including Google and Amazon as partners of their blockchain network. It seems like they are trying to fight fire with fire.

The launch of the digital yuan can potentially make China the world’s strongest economy, thus giving it a chance to combat the US hegemony in the world. That is why the country is very unlikely to take too long with expanding its CBDC trials as well as finishing all development processes.

Tags
China Yuan Release CBDC Central Bank Banking Digital currency USA Network Economy
Most Popular
May 19, 2022 at 15:30
Price
TerraUSD Falls Significantly as Bears Gain More Grounds
May 19, 2022 at 13:00
PR
A Review of Olympus4x.com Broker
May 19, 2022 at 12:20
News
How Gaming and Online Casino Promote the Use and Popularity of Cryptocurrency
May 19, 2022 at 11:44
PR
Sato4x for Online Investments and Trading
May 19, 2022 at 11:20
Price
Luna Plunges Deeply into an Oversold Region as Buyers and Sellers Remain Undecided
More