USA vs China: Who will Launch Its Own Digital Currency First? 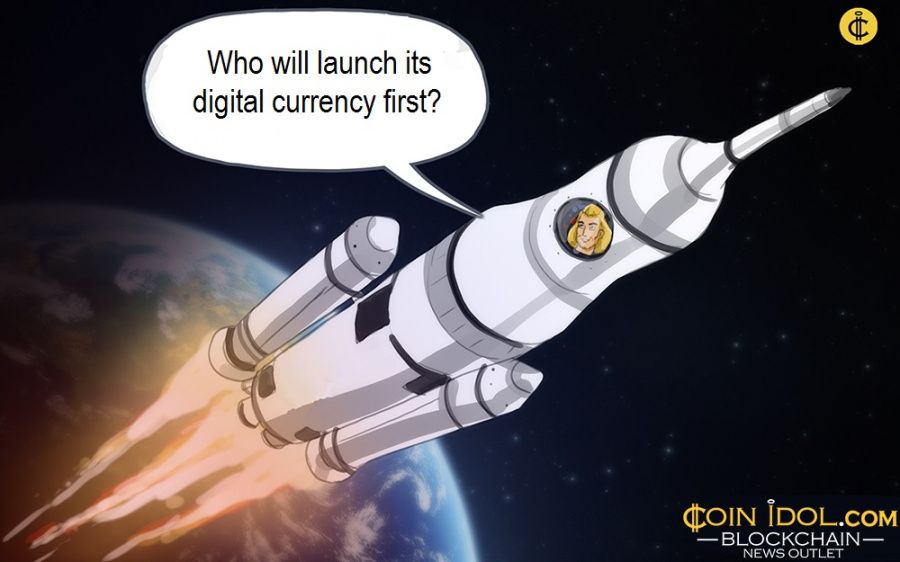 China and the USA have been competing with each other for some time now. Presently, both countries are looking to develop their Central Bank Digital Currency (CDBC) to adjust to the changing environment affected by the COVID-19.

Talks about switching to digital money instead of fiat have been held for long. For some people, it is actually a way to minimize the risk of infection, while others simply think digital payments are more convenient. As the interest in cryptocurrency among common folk is growing, countries are prompted to adjust to people’s demand.

As of now, there are a number of countries exploring the potential and possible frameworks for developing CDBC. France has been experimenting with Digital Euro for cross-bank transactions, the Central Bank of Korea has announced a 20-month pilot testing of Digital Won for micro-payments. Now, it seems time has come for the USA and China, as they are one of the world’s largest and most affected economies.

First rumours about the development of the Digital Dollar arose when the Democrats offered the coronavirus relief bill package to aid the country’s citizens in need. Although indirectly, the bill stipulated the creation of a digital wallet system for people to get their one-time financial help.

On April 17, two lawmakers Pramila Jayapal and Rashida Tlaib from the US House of Representatives filed a supplement to the package bill, which directly stipulates creating digital wallets called “FedAccounts” as “Digital Dollar Account wallet”. According to the bill, all government recipients must be given the alternative to make payments in digital dollar (DD) wallets by January 1, 2021.

China, in its turn, has also been on the forefront of innovations. The People’s Bank of China established the Research Institute of Digital Currency back in 2014, however, the work has been sped up after Facebook announced the launch of Libra. The coronavirus pandemic forced the country to accelerate in this direction.

When the number of infected people skyrocketed, China started talking about switching from fiat money to digital currencies completely, as paper banknotes can be potential carriers of the disease. Later on, they have refused this idea, having realized possible catastrophic consequences. However, the development of digital yuan went on.

The local newspaper China Star has stated that digital yuan might be launched as soon as May 2020. First, it will be set as a trial project and used for paying state employees. Coinidol.com, a world blockchain news outlet, reported that the WeChat messenger has been virally spreading a CDBC app screenshot. The app has been launched by the  Agricultural Bank of China as a beta-test for four cities, Chengdu, Suzhou, Shenzhen, and Xiong'An.

Despite the strong interest, there is still a lot to be done before any Central Bank Digital Currency can be fully deployed. The authorities must take a close look at the safety of payment methods and the reduction of operating costs, as well as whether they do not introduce new perils to the existing monetary structure.

And on the part of cooperation with private companies, governments should carefully examine whether fresh protection policies are needed, whether existing regulations need to be modified or supplemented, and what are the benefits of CBDC.

However, the launch of a government-backed digital currency might significantly affect both traditional and cryptocurrency markets. Considering the rivalry between the USA and China, it might actually define which of these two giant economies will become a winner.