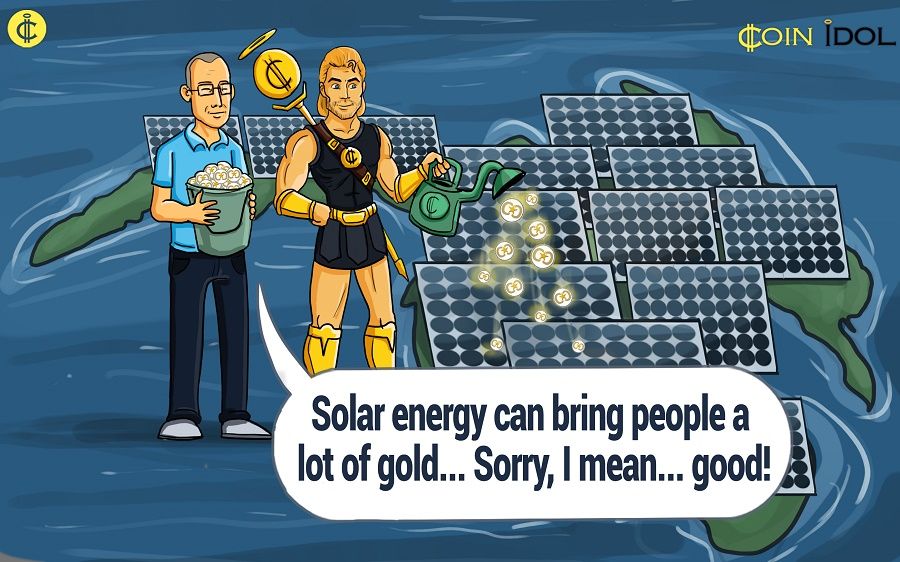 Charna Coin, a cryptocurrency company, and Ubiquity Energy to invest $700,000,000 into solar stations in the Philippines, Peru, Brazil, Panama and Puerto Rico. The first solar station that will cost about $1,000,000 will be installed in Cotabato, Philippines.

The new solar farms in the Philippines will be launched in the 3rd quarter of 2017.

“This is not our first project. We will eventually power all the Philippines with our solar. Cotabato’s farm is the first. Mindanao will be the next. But all of them by 2017.”

Local authorities have given strong support to the project, along with Maagap Guardians and C.I.A, National, as well as C.I.A. Cagayan de Oro Chapter R 10.

Ubiquity Energy, based in Miami, Florida, was founded in 2003 as a PV (photovoltaic) modules producer. Today the company is a solar power energy provider to Peru, Brazil, Panama, Brazil, Asia and the United States. Moreover, they research and develop new solutions in the photovoltaic area.

A month ago In June 2016, Ubiquity Energy announced the building of a new solar station plant in Suffern, New York.

“The main point is that our cryptocurrency [Charna coin] is backing a very large scale solar energy project that will provide substantial energy to a country [Philippines]. And the next ones are Peru, Brazil, Panama and Puerto Rico. The entire project is valued at over 700 million. We're talking about a country. A small initial farm can cost around 1 million. That’s including production, shipping, labor costs etc,” - commented James McEvoy.

CoinIdol asked about the purpose of the project and its plans. According to James McEvoy, the project’s mission is to bring good to people:

“We also have a water cleansing technology the coin will be backing in the same country [Philippines] and charna wallet will be there as well. We own the project. We're not brokers.
We're not doing these projects to do anything but good. We're involved in solar because of the massive amount of good that it can bring to many. Especially in countries that it can really help.”

When will the project come to Peru, Brazil, Panama and Puerto Rico?

“The countries to follow will be started soon after first installation is underway in Philippines in the next few weeks,“ - stated James McEvoy.