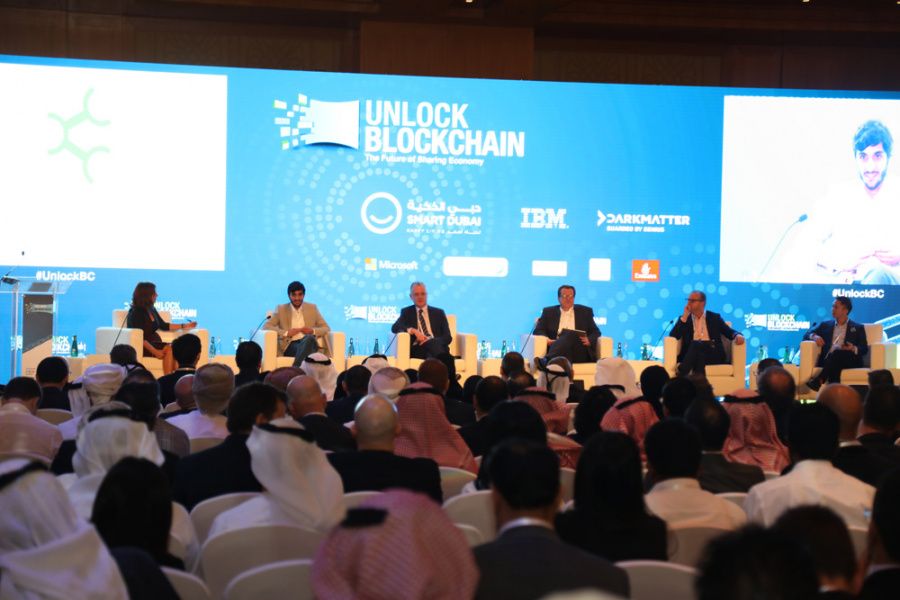 November 26th 2018, Dubai: The UNLOCK Company DMCC, a platform that provides information, intelligence, insights and news pertaining to the Blockchain sector, is holding its second series of the UNLOCK Blockchain Forum in Dubai UAE on Jan 15-16 2019 at the Ritz Carlton Hotel, DIFC.

Walid Abou Zaki, Founder & CEO of UNLOCK, stated, “ We launched our first UNLOCK Forum in Dubai in January of 2018 and it was a great success with over 550 attendees, 60 blockchain startups from more than 35 countries and more than 58 high level speakers from the region and globally. As supporters of blockchain ecosystem, we have launched not only the UNLOCK media platform but also are providing services to help propel and build networks and relationships between all stakeholders in the blockchain arena.” He adds, “We are proud to be holding our second series of UNLOCK Blockchain Forum in the UAE, as more and more blockchain use cases emerge across the governmental and private sector in the MENA region. We believe that despite the bear market conditions in the crypto space, there will be a lot of startups who are confident enough to forge forward with their solutions and offerings. We also believe that institutional and private family investment offices would benefit by tapping into blockchain market and invest as little as 5% from the $300 billion worth of budget from GCC investment firms, family offices, and pension funds.”

Lara Abdul Malak, Editor in Chief of UNLOCK, stated, “We have invited an array of high level speakers from around the GCC and MENA region as well as expert speakers from across the globe. This year we are highlighting the Blockchain initiatives in countries such as the Kingdom of Saudi Arabia.” UNLOCK Speakers from KSA include Mr. Mohsen Al Zahrani, Vice President of Strategy and Excellence, Saudi Pay, a subsidiary of SAMA (Saudi Arabian Monetary Authority), Dr. Hesham Bin Abbas, Senior Consultant and Head of Blockchain Initiative at the KSA Ministry of Communications and Information Technology, Dr. Abdulraham Al Olayan, Chief Executive Officer of Taibah Valley  which recently opened the first Blockchain lab in KSA, as well as other prominent speakers from UAE including Mrs. Amna Al Owais, Chief Executive Officer Registrar DIFC and CEO Dispute Resolution Authority, Dr. Ramadan AlBlooshi, CEO of Dubai Healthcare City Authority – Regulation (DHCR), and international speakers that include David Siegel Chief Executive Officer of Pillar Project & 20/30, Bart Brands President of European Blockchain Foundation, Dr. Yannis Kalfoglou, AI and Blockchain Advisor to top tier multinational companies and many more. AbdulMalak adds, “We are in final talks with other speakers from the UAE, Kingdom of Saudi Arabia, as well as Bahrain, Kuwait. We want this UNLOCK to showcase the blockchain achievements across the GCC as well as globally.”

UNLOCK has also signed up Avanza Innovations, an Avanza Group Company as well as Swisscom Blockchain as sponsors and will be adding more in the weeks to come.

Abou Zaki states, “We are always proud to sign up sponsors who are working to build the blockchain ecosystem and who believe in the MENA region as a center for not only implementation of blockchain but also the development. We are inviting as well all blockchain startups in the region and globally to participate at this year’s UNLOCK”

UNLOCK has also signed more than 30 media partnerships with top leading media players, and will continue to develop these partnerships further. For more information on the UNLOCK Blockchain Forum, please visit www.unlock-bc.com/events/unlock/2019

UNLOCK Blockchain is a service offered by The UNLOCK Company DMCC. It is a platform that provides information, intelligence, insights and news pertaining to the Blockchain sector. We are one of the cornerstones in the evolution of the Blockchain ecosystem in the MENA region and globally. We encourage Blockchain’s disruptive innovation through our support of startups, investors, developers, and clients. Our main offerings include: