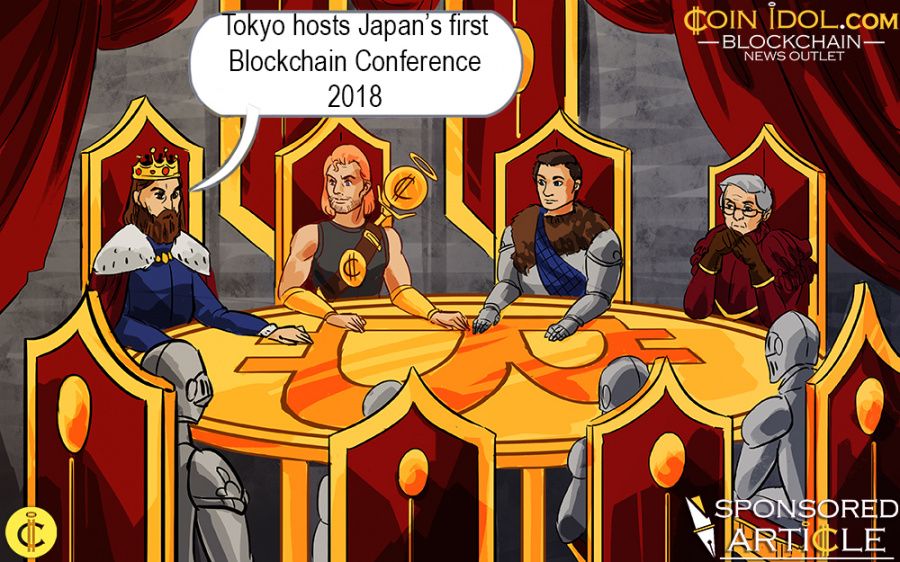 The internet age brought with it unprecedented technological advancements. For the first time, the world had become more connected than ever before.  The eruption of social media was a technological milestone that drastically shaped the world we live in today. In more recent times, blockchain technology is another notable chapter in our progression into a hyper-connected world.

Countless industries have been disrupted and improved thanks to blockchain. Not to mention, the cryptocurrency boom witnessed mainstream recognition and a number of innovative projects brought to light.

There is a new era of blockchain on the horizon, as the world’s first event of its kind blockchain gatherings comes to Tokyo! The eagerly anticipated "JAPAN BLOCKCHAIN CONFERENCE 2018" will be held on June 26th and 27th at the Tokyo International Forum. The conference is organised by the General Incorporated Association Global Blockchain Council and is set to be one of the biggest Blockchain Conferences Japanese history. PATRON are delighted to announce that the event will feature guest speakers for the likes of: Roger Ver, the founder of Bitcoin.com, David J. Namdar, the partner of Galaxy Digital Partners, as well as Sam Cassatt from ConsenSys.

As the blockchain sphere gains traction, The JAPAN BLOCKCHAIN CONFERENCE is taking place at a perfect time. The conference aims to expand blockchain awareness by accommodating blockchain business corporations and organisations. Not only that, the network opportunities are a can’t miss! Local Japanese and leading international companies are expected to attend and exchange ideas and information, while developing valuable relationships.

The event offers a unique opportunity to meet fellow members of the blockchain community, while providing an opportunity to learn attendants. The guest speakers and sharing of knowledge and ideas is sure to create a real buzz for the community.

Roger Ver boasts an impressive resume, after founding several successful companies in Silicon Valley. Roger’s Bitcoin journey began in February 2011, some years before cryptocurrencies lept into the mainstream. He was an early adopter, who was one of the first people who has the vision to start investing in Bitcoin related startups. His current projects include notable names including Bitcoin.com, Blockchain.com, Bitpay.com, Kraken.com and many more.

With over a decade of financial market experience, and involvement with a range of businesses, David J Namdar is somewhat of an expert in his field. David is a founding partner and Head of Digital Assets for Galaxy Digital. He has standout expertise in investments, cryptocurrencies and blockchain technology and has a keen eye for the emerging decentralized economy.

David was previously with Millennium Management, serving as head trader and technology analyst. He is also a founder of SolidX Partners, a startup aimed at institutionalising digital assets as an alternative asset class. David certainly has reputable credentials, including a seasoned past and a standout bachelor’s degree in finance and international business from the USC Marshall School of Business, as well as holding the Chartered Financial Analyst designation.

Sam Cassatt is CSO of ConsenSys, with expertise in a range of fields, including venture capital, software development and growth strategy. ConsenSys are leading the development of the Ethereum ecosystem and Sam is leading the company company-wide strategy  in the ever expanding blockchain economy. 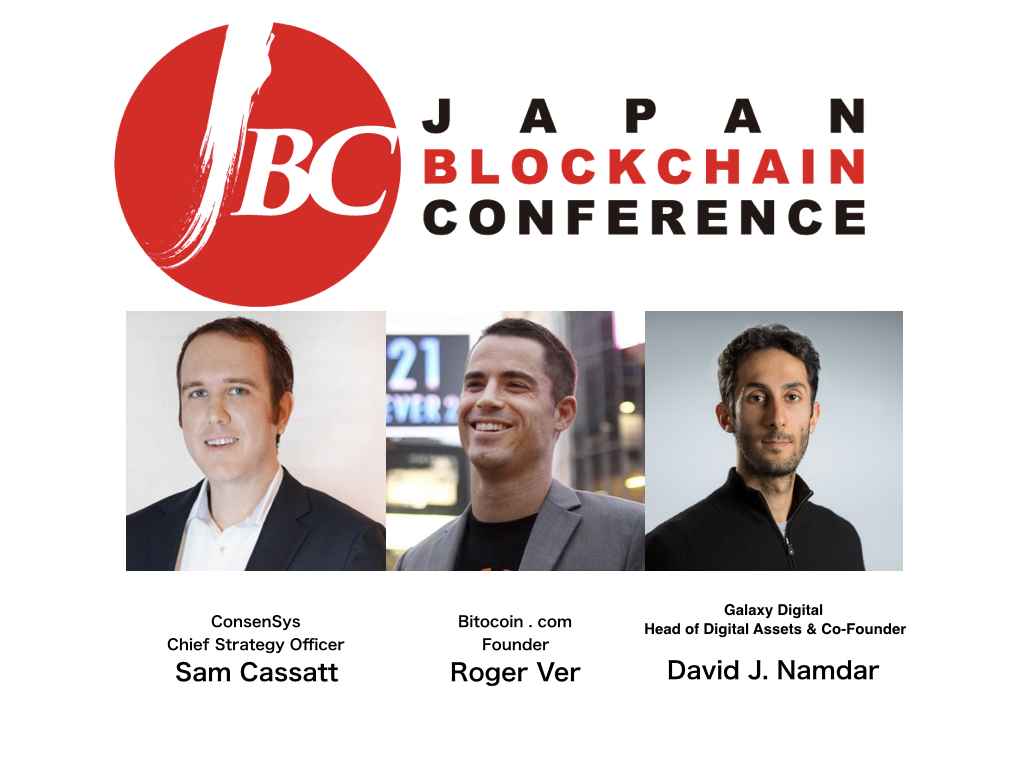 This is a can’t miss event, set to take place at 9:00-18:00, June 26th and 27th,  2018. The event has a noticeable buzz and the event is sure to be valuable for those who attend. The conference can be found in Hall E (1) + (2) of Tokyo International Forum 5-1, Marunouchi 3-chome, Chiyoda-ku, Tokyo 100-0005. Tickets are available here! Get involved with the first of its kind blockchain conference, featuring a host of exciting guest speakers and appearances that are sure to impress, educate and inspire!