There is a Chance of Bitcoin Falling to $3,000 Before Starting a Bull Run 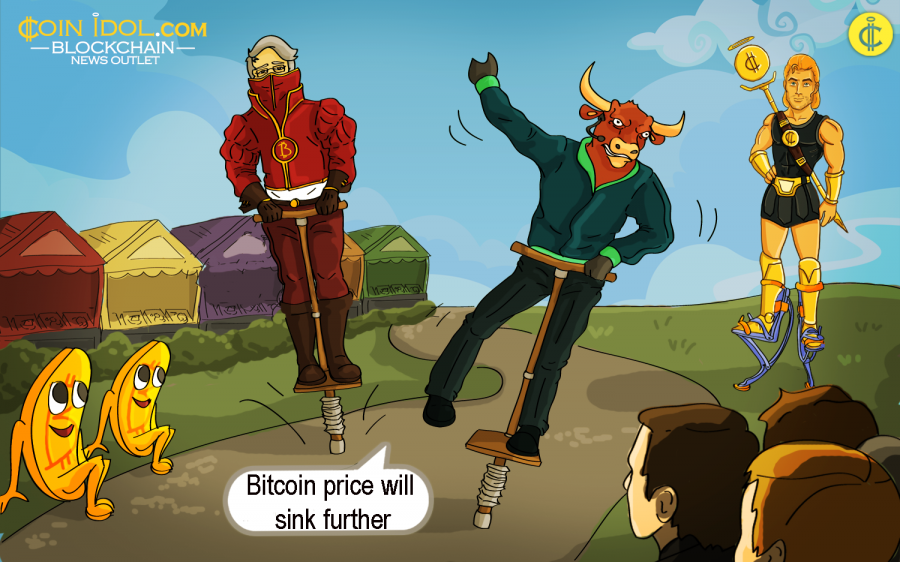 The prolonged bear market has left traders with no hope at all. Now it is highly probable that the Bitcoin price will sink further and go down to $3,000 or even less. However, Bitcoin seems to resemble a lottery ticket and one never knows what it can bring.

According to expert researchers, Bitcoin will continue its downward trend and reach $3,000 or even a bit lower before the beginning of a new powerful cycle. The price of Bitcoin has experienced a big rejection at this resistance, meaning it will harshly decrease very soon. There is also a chance that BTC may get into bear traps after reducing in value to $3,000. Furthermore, the number of Bitcoin shorts has slightly declined and it can be interpreted as the loss of hope of most retail traders.

As for a further huge drop, the probability of going below $2,000 is currently low, however, most people are anticipating exactly this outcome. The point is to take a short position on Bitcoin when the market price has been constantly falling during a couple of weeks seems quite a bad idea. It can be compared to buying the virtual coin when it has been increasing in price for a while. As a result, such traders, who have adjusted to particular conditions of trading, will have to pay for it.

“Regulators are gradually waking up to the fact that they cannot countenance large expensive-to-trace transaction technologies that facilitate tax evasion and criminal activity. At the same time, central banks from Sweden to China are realising that they, too, can issue digital currencies…When it comes to new forms of money, the private sector may innovate, but in due time the government regulates and appropriates,” former IMF Chief Economist and current Harvard University Professor of Economics and Public Policy Kenneth Rogoff said regarding the future of bitcoin.

A Reversal of the Trend

First of all, a recovery is not considered genuine when a rally is not accompanied by a powerful regaining of strength over a short period of time. So, if BTC fell down to some point but managed to come back to a certain level within a much longer timeframe, it is definitely a false rally, which would lead to a decline. In another case, when the price increases rapidly, there is a greater chance for a growth.

Traditionally, when there is a change in trend, retail bears are given false and misleading signals to once again convince them when they are ready to give up. Under given circumstances, such a pitfall is called a bear trap. This is a tricky ploy to entrap most retail bears, who become too confident when a major market sale has been lasting for too long.