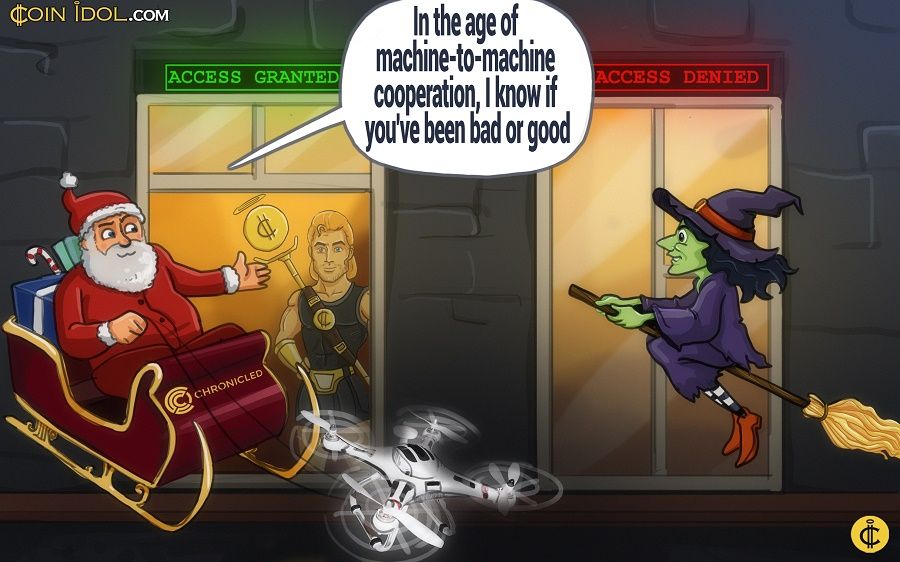 Chronicled, a San Francisco-based technology company, has unveiled a prototype of machine-to-machine cooperation intermediated by a Blockchain.

According to the official press release, Chronicled has developed a drone with a secure blockchain-registered BLE identity chip that is able to self-authenticate with a computer-controlled window and gain access to a private residence in order to deliver a package. The computer operating the door is able to test the identity of the drone by asking the drone to cryptographically sign a random number, and then comparing this to the blockchain hosted public key that was registered at the time the drone went into service along with metadata describing the make, model, and specifications of the drone.

“As far as we know, this is the first use of blockchain technology in interaction with a dynamic physical object and access control in real-time.  In a future version, we can assign the drone a digital wallet, so that it can send and receive micropayments.  For example, the drone could make a payment for accessing a landing pad equipped with a battery recharging station.”

Using such a drone registered to the Blockchain a merchant can make a fast and secure delivery of any physical object, product, or machine to a customer's home and the door will be able to open automatically. The identity chip within the drone, manufactured by Silicon Labs and running Chronicled custom firmware, is based on the Ethereum blockchain and protects a private key that enables the chip to cryptographically sign random challenges, which is the basis for the blockchain authentication.

"The Things are cute, we adore them, but they lack an identity and they are helpless. The IoT Protocol can change this, allowing Things to gain a life of their own, with a secure identity, wallet, and reputation, all precursors to Things being able to self-authenticate, cooperate, and transact without human assistance."

Today, Chronicled engineers believe that within a few years, numerous examples of secure machine-to-machine interactions have the potential to emerge.