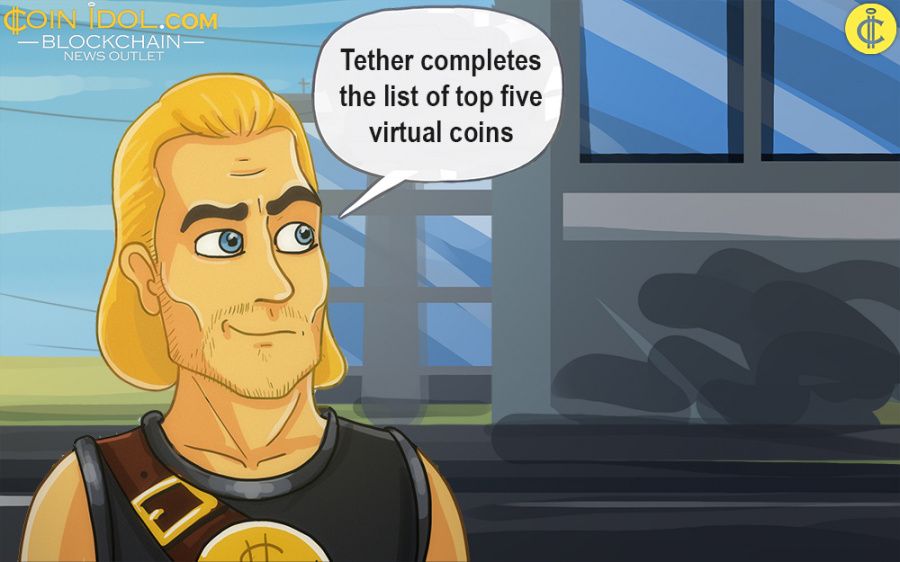 As the crypto market recovered from the last drop, we found Tether (USDT) in fifth place by market cap,  just next to Stellar. The stablecoin, which in 2017 was not even in the top 20, turned out to be the most popular token, overtaking EOS and Bitcoin Cash.

Tether has managed to catch a lot of attention this year. The most recent piece of news tells us that the token raised its position on the market cap chart. However, back in November, USDT was a central figure of a scandal related to the company’s credibility. There was conducted a number of investigations which proved that Tether is a suspicious venture. The concept of this stablecoin is that it is backed 1:1 with US dollars, which are located in reserve. Unfortunately, the company did not manage to give any pieces of evidence of the money in possession.

Since September, Tether has decreased by nearly $700 million in assets, meaning the digital currency has suffered a lot of damage. The market cap of Tether fell from $2.5 billion to approximately $1.87 billion at the time of writing.

This time, 90 days ago, Litecoin more than doubled its market capitalization, which was more than $3.4 billion then. Now Tether is worth $400 million dollars. EOS also composed nearly 200% of its current state, being as high as $4 billion. However, today it is just around $1.8 billion. Moreover, the negative pressure may contribute to its further reduction. As tokenized platforms mostly depend on the level of demand for related tokens, EOS will need to start up new projects or renewed interest in old ones in order to regain its former privileges.

Nevertheless, the most horrible situation is in the case of Bitcoin Cash, which is down by 75% since October this year. It has declined from approximately $8 billion to $1.74, over a hundred million dollars behind Tether. It has to be mentioned, that Bitcoin Cash has a great chance for a quick recovery, as its system requires fewer gates to be passed through, than Tether.