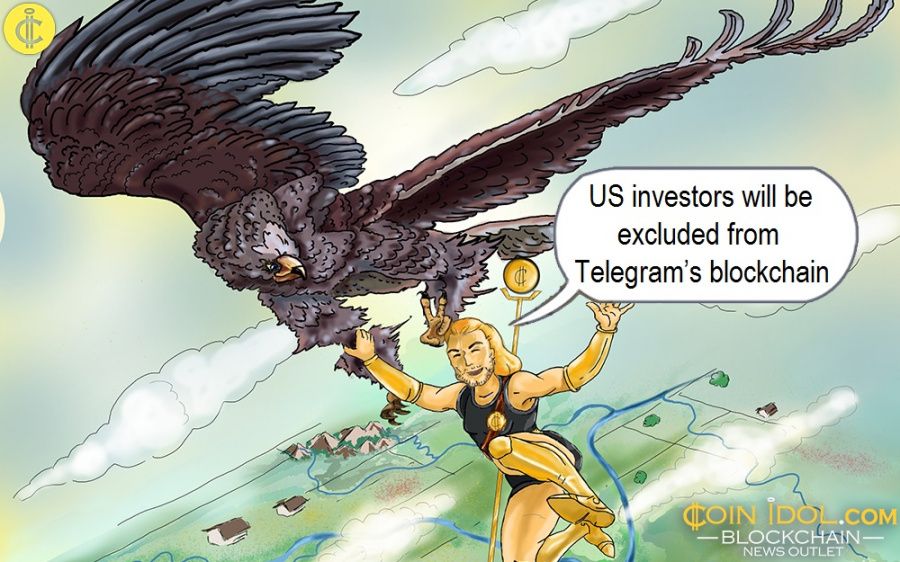 Telegram announced immediate payouts to the US investors taking part in their Telegram Open Network (TON) due to the scrutiny they have received from the US Securities and Exchange Commission (SEC).

As the launch of the TON blockchain was postponed again, Pavel Durov, the founder of Telegram, offered investors two options: they could take 75% of their investment now, or 110% if they agree to wait till April 2021. However, investors from the USA do not have such a choice. They will get 75% of their investment by May, 11, and then will be excluded from the network.

While the company planned on paying their investors with their GRAM token, they had to refuse from this idea due to the scrutiny they faced from the watchdog.

As coinidol.com, a world blockchain news outlet has previously reported, the SEC filed a lawsuit against Telegram to suspend the launch of their GRAM token back in 2019. After the watchdog banned the issuance of the token in the territory of the USA, they tried to affect its issuance worldwide, claiming security breach.

Pavel Durov tried to protect himself as well as his project, stating that their token might have been improperly registered due to the absence of a clear framework. Besides, it was registered as a commodity, not securities, which made the case “deeply defective”, according to Durov himself.

Nevertheless, SEC has still been highly uncooperative, while turning a deaf ear to Telegram’s attempts to get any clarifications. Thus, the legal battle between the company and the regulator still goes on, with the latter being quite hostile.

Everything mentioned above made Durov get away from the US market, and therefore exclude the US investors from its TON blockchain in order not to make the situation with SEC even worse. However, they will be able to get only 75% of their investment back, while losing 25% of them. So it turns out that striving to protect US citizens against security breaches, the watchdog has only caused them financial losses so far.