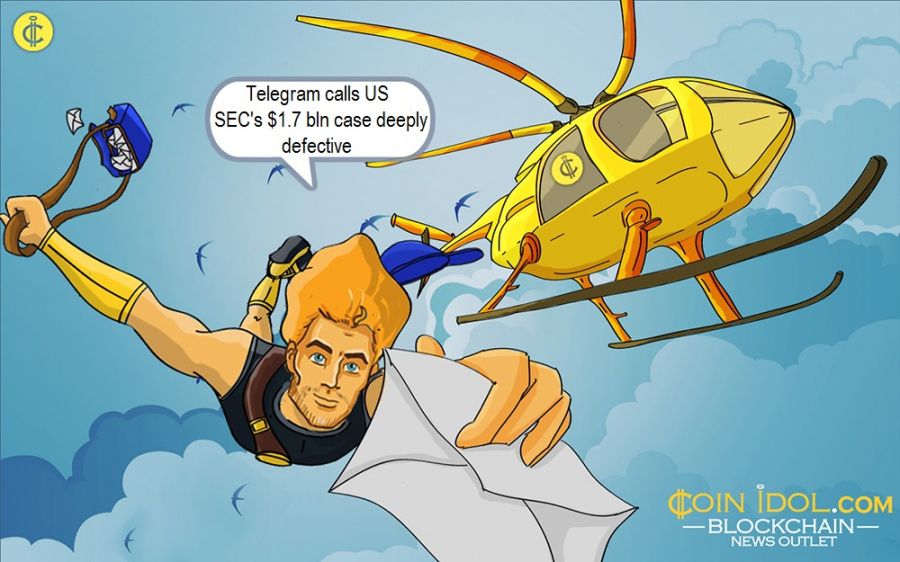 The Russian entrepreneur who is also the CEO of Telegram Group Inc., Pavel Valerievich Durov, fended off hearsay from the attorney of the United States SEC – an agency responsible to put the federal laws into practice, and also monitor and regulate electronic securities in the US - that his firm’s 2018 cryptocurrency sale was done to top-up its cash reserves.

In a deposition that took around 18 hours, Pavel was dubious of the claim by US SEC attorney Jorge G. Tenreiro which says that the cryptocurrency sale would assist the firm in question to pay for servers. The claim is an essential part of the watchdog’s spat in the existing case that the company was selling securities that are not officially recognized and recorded.

As per Pavel, from the start he was making several financial funding to the company with proceeds from the sale of his previous development known as Vkontakte (otherwise known as VK.com) – a famous Russian powerful social networking service.

Furthermore, the recently issued records of the financial watchdog’s depositions of Pavel, V.P Ilia Perekopsky of the company in question plus Shyam Parekh, a fiscal services expert, give a sporadic side into the rationality and the ins and outs surrounding the $1.7 bln Gram cryptocurrency sale.

As the CEO claimed, instead of soliciting for Telegram, selling the cryptocurrencies called grams to several venture capitalists was one method of making sure that plenty of them are ventured to protect the proof-of stake (PoS) Telegram Open Network (TON) blockchain.

When asked why his firm never chose to use equity soliciting, Durov planned at one particular point prior to the sale of the Gram cryptocurrency, he revealed that due to their concern of selling equity, it would shake the firm’s probity, unification and its core values, and also go ahead to change the firm’s philosophy and its vision.

The executive actually repudiated in their depositions a firm known as Gram Asia capitalized in TON – a company appealing to be the biggest holder of gram tokens in the whole of Asia. In October last year, SEC litigated Telegram after accusing it of trading unlawful securities and also ordered it to stop the roll out of TON. Nevertheless, the first case hearing is planned to take place on February 18, 2020, and the public is waiting to see how this will proceed.