What are Tokens by Technical Definition? 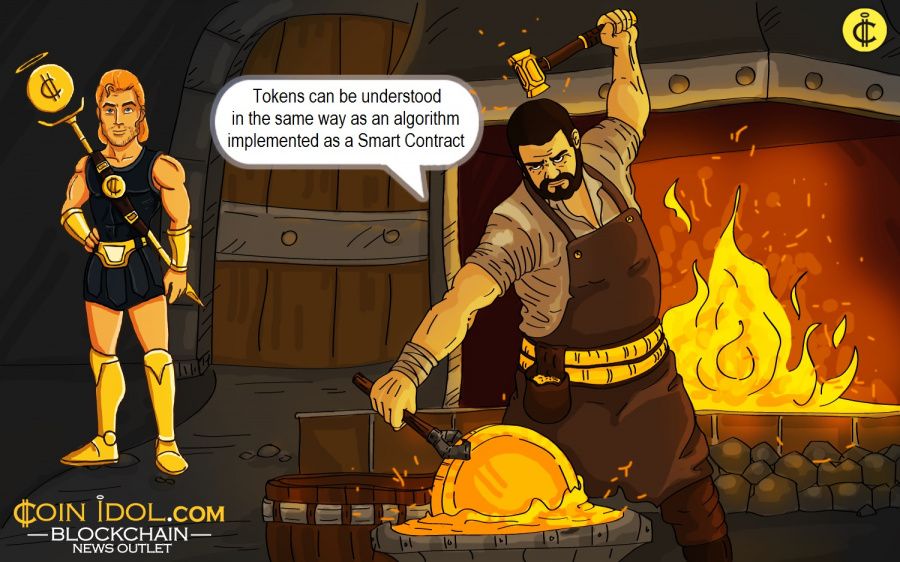 From a more technical point of view, a token can be understood in the same way as an algorithm implemented as a Smart Contract, executed on blockchain. Each Smart Contract contains an address list that allows you to find those who can have the tokens and their balance.

The writer – convinced of the "educational utility" of that definition, rather than the actual lexical response – by token means a "digital ligature" of the legitimacy of a right to the title represented by the cryptocurrency that allows to create a link between a physical or digital asset (or, more simply, an "off chain" asset, that is, that is outside the blockchain) and a native asset of blockchain.

The token is exchangeable on Distributed Ledger platforms and in a token transaction on those platforms, the validity of the underlying legal stores could be "technically guaranteed" by a blockchain protocol, through the use of appropriate Smart Contracts.

The expression "technically guaranteed" means that, net of the legal validity of smart contracts on which the legislature can or must still express itself, with interventions on the regulations of primary rank or, as in the Italian case, with the development of technical rules implementing a primary standard already enacted, the Smart Contract must be able to guarantee an execution of the transaction unstoppable and preserved from contamination risks, what may be the quality of the software, or that they generate in the face of the manifestation of corruption.

From these very first lines it should already be sufficiently understood what are the main benefits of the use of tokens on blockchain, where the brief review proposed just now, with regard to the opportunity to make efficiency, while ensuring a good level of guarantee of the validity of the exchanges.

Each of the assets considered in the exemplified use cases, when they were "tokenized" and exchanged by running a Smart Contract operated on blockchain, could be managed with more efficient processes, ensuring compliance with a series of distributed controls, in compliance with rules that can be inscribed in models of decentralized governance.

A possible classification of tokens wants to decline the type in at least three macro-categories that we will describe in summary.

Security Tokens (or investment tokens), which it refers to by identifying a new product obtained through the contribution of technology that shares certain features with traditional security and may not be linked to a real asset.

Asset Tokens, representative of rights to even non-financial assets, exchanged between different parties and adopted in the technological context made possible by the blockchain to create a new exchange channel. Where they represent financial securities, this makes their market expandable and increases their liquidity. If you are referring to non-financial values, the new channel allows them to manage more securely than centralized systems.

Finally, The Utility Token, or titles representative of future uses of the product or service provided by the company that "issues" them, not thought to be investments, although often adopted as tools to more "easily" finance projects that involve the creation of a shared infrastructure, operated in accordance with a blockchain protocol.

A Technological Definition of Tokens

It is the algorithm itself that defines the characteristics of the token. Token access is done by the token holder, demonstrating the ability to dispose of them by knowing the private key associated with the public key from which the above address is obtained.

Assuming that the largest number of tokens in circulation are issued on Ethereum, even in that circumstance it is appropriate to present a macro-classification with which to define them: ERC20 and ERC721. Both categories connote tokens for their ability to have value, to be transferable, fungible or non-fungible, to be able to calculate a balance sheet where used in an accounting system.

The first category, unlike the second, sees identical tokens that are divisible in subparts, while in the second category, each token has a unique identifier and is not divisible.

Imagining the ERC20 token as an object that predisposes to the interface the following functions: totalSupply, balanceOf, transfer, allowance, transferFrom, approve and that is able to report events such as Transfer, Approval, you can easily understand how it can be used by Smart Contract, allowing the development of decentralized applications.

Tokens of type ERC721, which are conventionally referred to as the Non-Fungible Token, require that the interface pass the unique identifier to certain functions, or that the identifier is uniquely associated with the occurrence of certain events.

The Main Uses for Tokens (Fungible and Non-Fungible)

With clarification as to what a token is and how it is used within a Smart Contract, let's now describe some of the main uses. He waited for the substantial differences between Fungible Token and Non-Fungible Token, the use cases must be appropriately addressed.

The first category normally has all uses returned to those contexts where it is necessary to plan a monetary policy and where the use of the same supports economic and financial mechanics. For example, in these adopted contexts fall all initiatives based on the so-called "programmable currency" that enable, albeit with different degrees of openness and flexibility, the development of a "currency of purpose" that can be adopted in areas of insurance, welfare, donations, public funding, etc.

This type of token also supports some potential developments in Central Bank Digital Currency (CBDC) - particularly those involving both "wholesale only" and "general purpose" issuance and distribution models of CBDC. Similarly, Fungible Tokens can form the backbone of a stablecoin whose uses are the basis of many deFi Decentralized Finance projects.

By expanding the range of observation, we can see countless cases of use of these tokens in the context of so-called branded currency. Used as tools to tokenize business value - think blockchain loyalty program developments - enable new consumer-brand engagement dynamics, or improve promotional mechanics based on multi-brand loyalty programs active in co-marketing initiatives.

An additional scope for Fungible Tokens is developments in sharing economy models, where the value of reputation is expressed in special Reputation Tokens, the attribution and verification of which is programmed by Smart Contract, appropriately designed to support business dynamics typical, for example, of the Decentralized Marketplace.

The type of Non-Fungible Token, among the applications that best apply to grasp the value of tokenization on blockchain, are those that require the need to uniquely identify an object or, in a broad sense, an entity. For example, they can be found in the list of such applications: the management of Digital Identity, the traceability and automation of supply chain processes, electronic voting in those contexts where a decentralized governance model is adopted, systems that are based on the collectibles matrix.

In a broader sense, we can include in the use of Non-Fungible Tokens any application that manages tokenized or "tokenizing" assets. The emphasis not so much on tokenization, implies reflecting on the nature of the tokenist asset. Where these were digital, or if the exchange and trading process was already digitized, blockchain represents an excellent opportunity to improve the processes that underlie its management.

If, on the other hand, the original asset has a "physical" nature, in tokenization processes, the use of so-called "digital twins", or digital copies obtained, for example, through the joint use of smart objects in an Internet-of-Things (IoT) context and digital data can be of great help. The passage of such tokenized information to Smart Contracts, however, when there is no third super-partes entity able to guarantee ipso iure the genuineness or accuracy of the data itself "upstream" (i.e. before entry on the blockchain), requires the use of so-called oracles, systems by which one parties can contribute to the interaction between Smart Contract and everything that is off chain.

Extending the Scope of Non-Fungible Tokens

The scope of the Non-Fungible Tokens represents, in the opinion of the writer, a terrain on which to move with caution, having an awareness of how much their adoption can express particularly relevant and pervasive levels of disruption.

By narrowly looking up and projecting it towards not so remote horizons, we can understand how it is possible to tokenize business models, thus creating the conditions for the development of an authentic token economy, in which the relationship between brand and consumer, as well as that between infrastructure manager and user, passes the paradigm 3.0, crosses that of Industry 4.0, to land a scheme of Company 5.0 model of "super-society" in which man and innovative technologies coexist, mutually contributions and benefits.

A model in which the democratization of data and access to the same made possible by blockchain, allows to express in an effective and sustainable way a universal value that frees man from the risk of depersonalization, re-putting it at the center of the techno-evolutionary dynamics of an ecosystem of which he is an author and, at the same time, interpreter.

Tags
Token Smart contract Contract Blockchain Value Decentralization Development Business Data Assets
Most Popular
May 18, 2022 at 11:47
Price
Bitcoin Cash Recovers above $190 after a Sudden Price Spike
May 18, 2022 at 10:50
Price
Weekly Cryptocurrency Market Analysis: Altcoins Consolidate at Recent Supports but Are Unable to Rally
May 18, 2022 at 09:49
Price
Cardano Regains Bullish Momentum but Encounters Selling at $0.59
May 17, 2022 at 13:30
Price
Litecoin Consolidates Above $63 as It May Slide to $40 Low
May 17, 2022 at 12:30
Price
Weekly Cryptocurrency Analysis: Altcoins Attempt A Recovery Rally In Anticipation Of A Bull Market
More